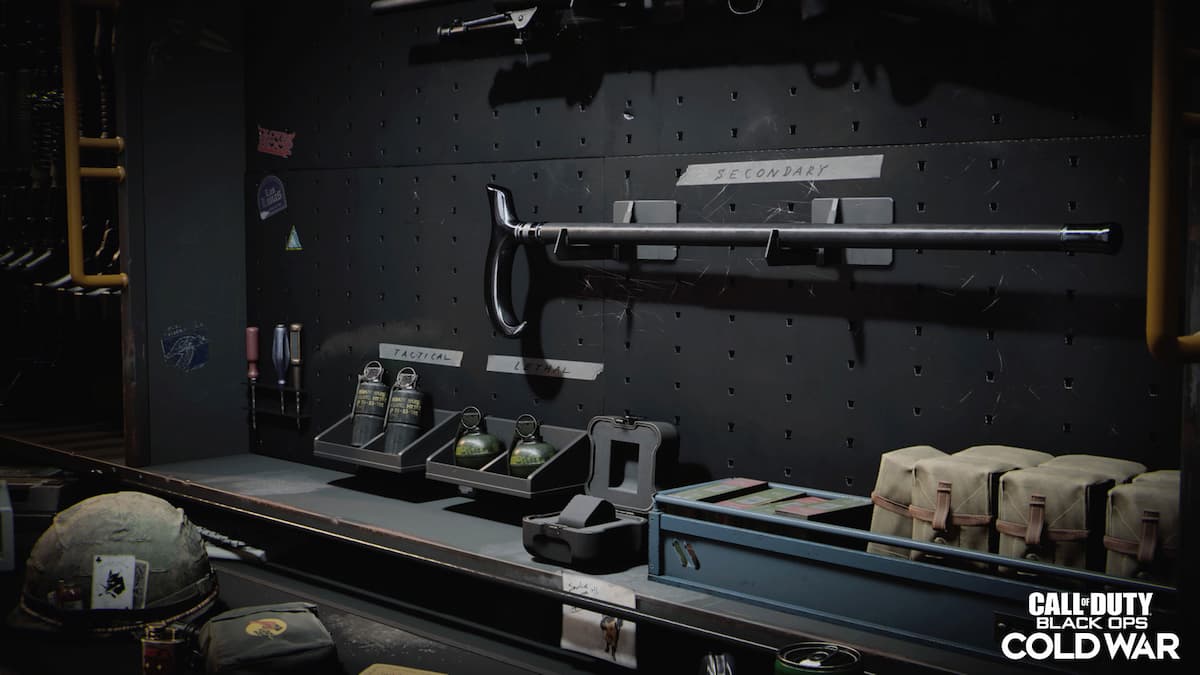 Players who want to bring a touch of class to their Black Ops Cold War and Warzone matches can now get their hands on the Cane as a melee weapon. Introduced in Season 5, the Cane will take care of enemies in a single swing, putting your enemies firmly in their place.

While the Cane can be unlocked by purchasing the Stolen Goods bundle in-game to get the Lost Lion blueprint, you can also unlock the Cane by completing some in-game challenges instead.

The multiplayer and Warzone challenge for unlocking the Cane is as follows, “Using a melee weapon, kill an enemy disoriented or blinded by your stun grenade or flashbang in 15 different completed matches.” The challenge itself is simple, create a loadout with as many stun grenades or flashbangs as you can carry, then load into multiplayer. This challenge will be much easier to complete in a multiplayer match due to the high number of player encounters compared to Warzone.

Related: How to take down the Omega helicopter in Call of Duty: Black Ops Zombies Outbreak

Remember, matches will only count if you blind or disorient an enemy, kill them with your melee weapon, and then finish the entire match. You cannot simply leave a game after scoring the kill, as this will not be counted.

As already mentioned, players who don’t want to put in the work of playing 15 games just to the Cane can purchase the Stolen Goods bundle in the in-game store instead.  The Stolen Goods bundle contains the Cane blueprint, Park skin, weapon charm, finishing move, emblem, calling card, and two battle pass tier skips.

The Zombies challenge for unlocking the Cane reads: “Using a Melee weapon, kill 20 or more enemies consecutively without getting hit 50 times.” As you can see, this is a pretty large time investment, so the multiplayer challenge really is the most time-efficient one to complete.