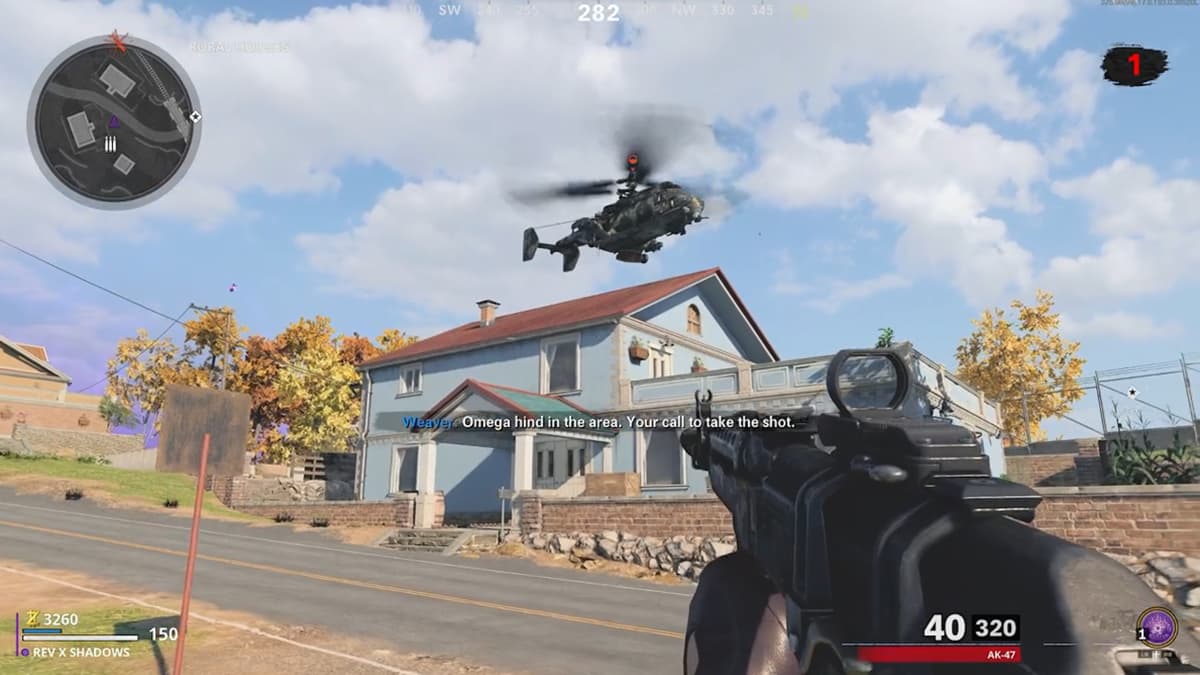 The ongoing fight between Requiem and Omega has been at the heart of the story in Call of Duty: Black Ops Cold War Zombies. As of this writing, we still don’t really know if both sides can be trusted with anything, but at the very least, we know Omega for sure cannot. Omega is a Russian-led group that connected the world to the Dark Aether and brought the zombies in. In Outbreak, Treyarch has added in a new surprise that was not discussed before. Here is how to take down the Omega helicopter in Outbreak in Call of Duty: Black Ops Cold War Zombies.

If you are lucky enough, there is a chance that the Omega helicopter will appear in your game. To know if it will, pull up your map. Unlike other objectives in the mode, the icon for this event is a big orange helicopter, not a smaller icon. Also, watch your map for longer than a couple of seconds. The icon was blipping in and out on our side.

If you see that icon, make your way to it. When you get close, the chopper will rise into the air and start to leave the map. Quickly fire at it and make it explode. In our game, it did not fire back, but we found it on level one. If it does attack back, we will update this article.

When the helicopter explodes, it will drop an Omega Supply Crate. Make your way to where it is and open it. When we opened ours, we got a ton of salvage and two support streaks.

This event gave us 250 high-end salvage on just the first round, which is an enormous payout for something so simple. High-end salvages can take forever to gather since you need 1,000 to upgrade to a legendary damage-tier weapon. We highly recommend going for the helicopter whenever you have a chance.