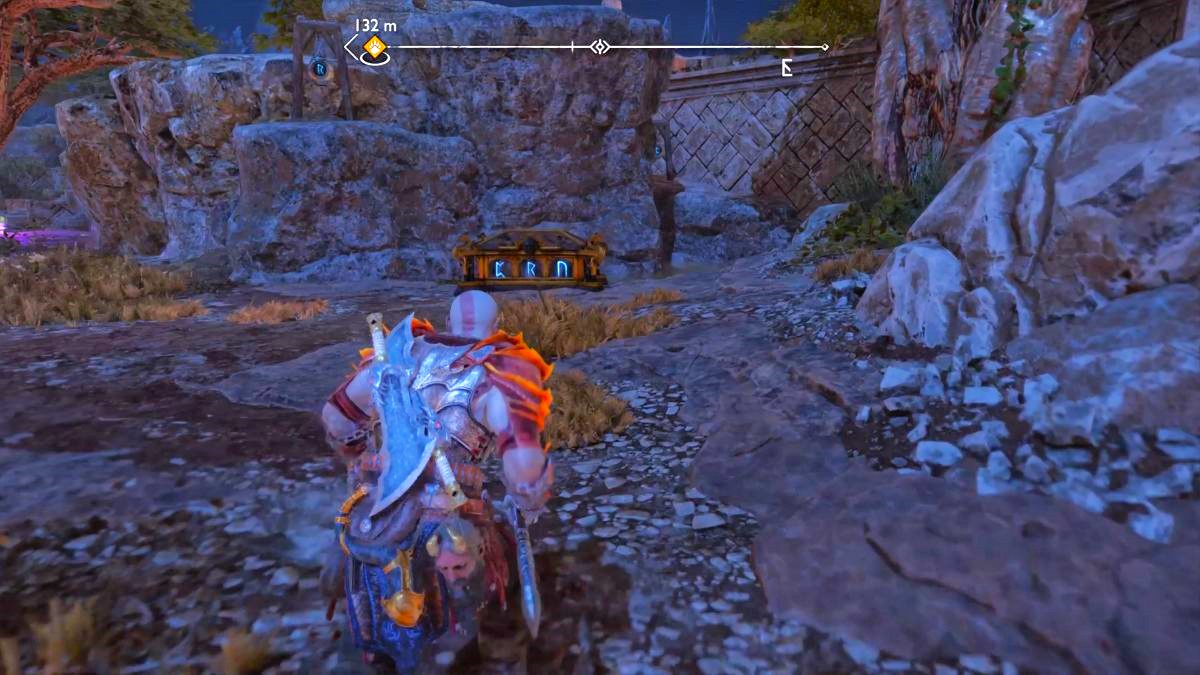 Nornir Chests are the best chests in God of War Ragnarok. They always contain rare, powerful loot, but they’re always locked by a puzzle of some kind, and can also be difficult to even find in the first place. The Plains region of The Crater has two Nornir Chests; one in the east and one in the west. The one in the east is easier to get to, but you’re still going to have to fight for it.

Related: How to find and defeat the Soul Eater in In Plain Sight in God of war Ragnarok

Where to find the Nornir Chest in the Eastern Plains

Starting at the Crater Entrance Mystic Gateway, head north and climb over the wall. Turn right and go through the circular archways, then immediately turn left and climb the wall. Head north, then turn left and climb the ruins next to Brok’s shop. At the top you’ll have to defeat some Seidr, including a Seidr Revenant. Remember, you can’t hit the Revenant unless she’s stunned, so use Atreus’ Sonic Arrows to stun her before you go in for the attack. The Nornir Chest is below the west side of this platform, but don’t go down there yet.

How to open the Nornir Chest in the Eastern Plains

Go to the north end of the highest platform, where there’s a brightly lit pillar, and look to the northeast. Use your Blades of Chaos to burn the brambles off the “n” bell, but don’t bother ringing it just now. Instead, drop down to the west and use your Leviathan Axe to ring the “C” bell (behind the chest), then the “R” bell (above the chest to the left), then quickly head north around the cliff on the right and ring the “n” bell from the end of the cliff. If you’re quick enough, the Nornir Chest will unlock, and you can get the Idunn Apple from inside it.