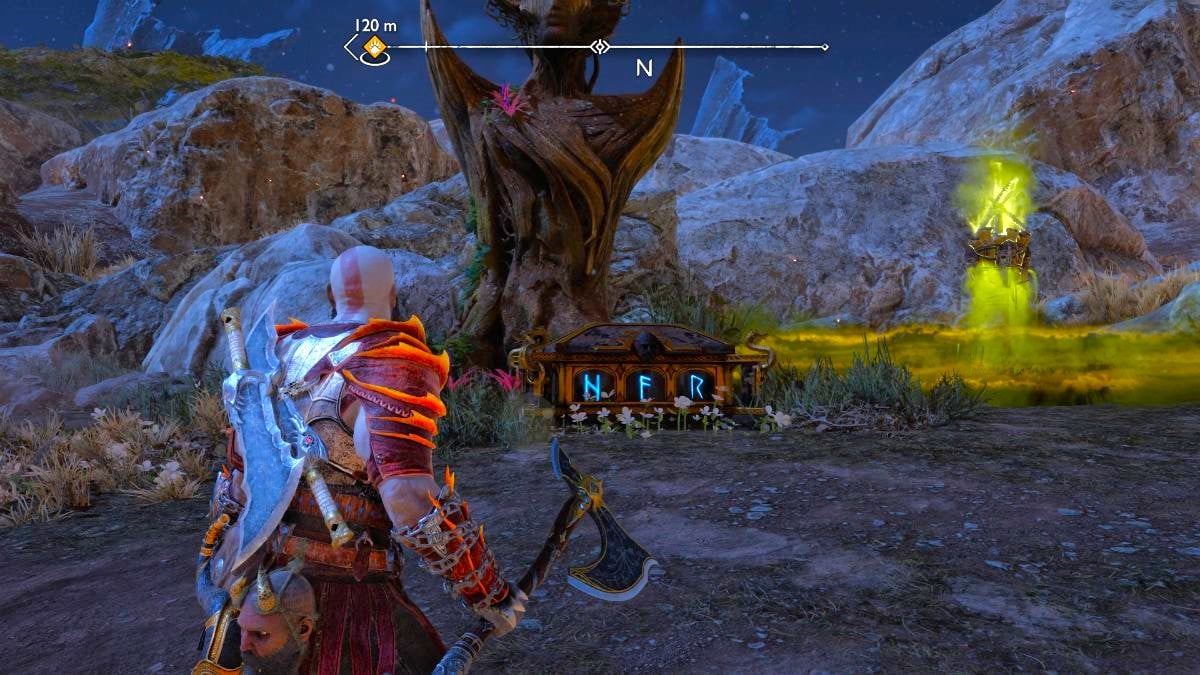 In God of War Ragnarok, The Plains is a region of The Crater, which is itself a hidden region within the realm of Vanaheim. You can discover The Crater after completing the Creatures of Prophecy goal on The Path main story quest line, by following Helka out of Freyr’s Camp and completing the Scent of Survival side quest favor. The Plains contains two Nornir Chests, one in the Eastern Plains, and one in the Western Plains. The one in the Western Plains is a little more difficult to get to.

Related: How to unlock the Nornir Chest in the Eastern Plains in God of War Ragnarok

Where to find the Nornir Chest in the Western Plains

The Western Plains Nornis Chest is close to the Western Plains Mystic Gateway, and the best way to get to that is to play through the For Vanaheim! side quest Favor. You can actually get this Nornir Chest during For Vanaheim! When you reach the Western Plains Mystic gateway, use the Celestial Altar to make night fall upon Vanaheim, then go east and drop down into the large open area. Turn left, and defeat the ogre banging on the gate (if you didn’t already), then go through the gate and follow the path until it splits.

The tunnel on the right takes you to the area where you fought (or will fight) The Crimson Dread dragon, while the area on the left has a red chest in it. Go left, defeat Vali the Oath Guard, then look down over the ledge to the left of the chest. See that thing spewing green gas everywhere? Throw your Leviathan Axe at it to stop the gas, and don’t recall the axe.

Go back the way you came and, after the “ogre gate” turn right, then right again, so that you’re heading north up a path roughly parallel to the one that led you to Vali the Oath Guard. This path leads to the same gate that was covered in green gas until recently, so open it, go through, and don’t recall your Leviathan Axe until you’re outside of that misty frozen circle on the ground. Defeat the Seidr (using your Leviathan Axe to freeze the pillars that are buffing them will make this much easier), then turn your attention to the Nornir Chest.

How to open the Nornir Chest in the Western Plains

The “N” seal is behind the chest, so use your Leviathan Axe to freeze the nearby poison pillar so that you can get back there safely.

The “F” seal is on top of a rock on the west side of this area.

The “R” seal is inside a hollow tree to the left of the gate. The Nornir Chest contains an Idunn Apple, which will increase your maximum health.