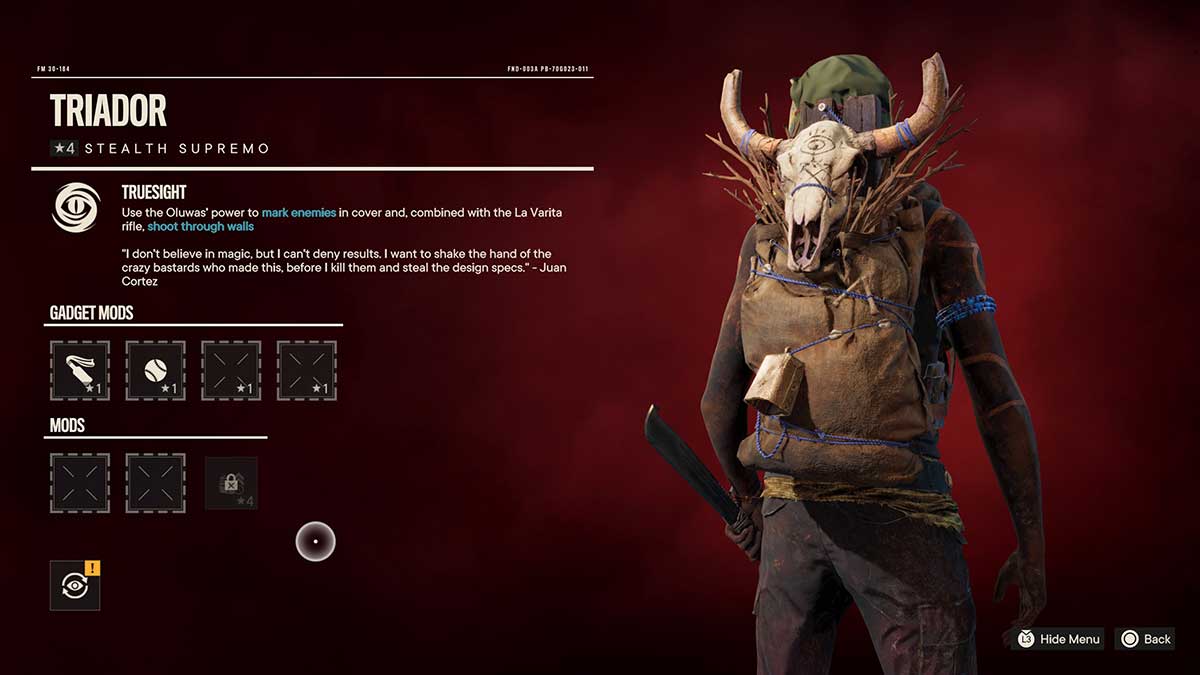 The Triador Supremo is a Stealth Supremo that will aid you in battle without causing huge explosions to rain down on your enemies. Instead, it helps you identify the enemies around you, leaving you free to clear them out in whatever way you can. In this guide, we’ll explain how to unlock the Triador Stealth Supremo so you can start sneaking more efficiently.

How to unlock the Triador Stealth Supremo

To unlock the Triador Supremo, you need to tackle the quest to unlock Oluso as an Amigo. First, you’ll need to find three treasures scattered around Yara and bring them back to a cave on the starting island. It’s somewhere you’ll hear about from other guerrilla fighters near Gran Geurrero Mogotes. Once you do, you’ll be presented with a chest that contains Triador and a Resolver Weapon called La Varita.

How to use the Triador Stealth Supremo

Triador uses the power of Oluwas to show the positions of all enemies, even those in cover. If you use La Varita while you have Triador equipped, you’ll be able to shoot enemies through walls, meaning their cover amounts to nothing. You can be a powerful guerrilla fighter with this combination because you’ll do so much more damage without ever being seen. You can maximize your efficiency by using Oluso as your Amigo, terrifying your enemies as they’re mauled to death by a ghost panther.