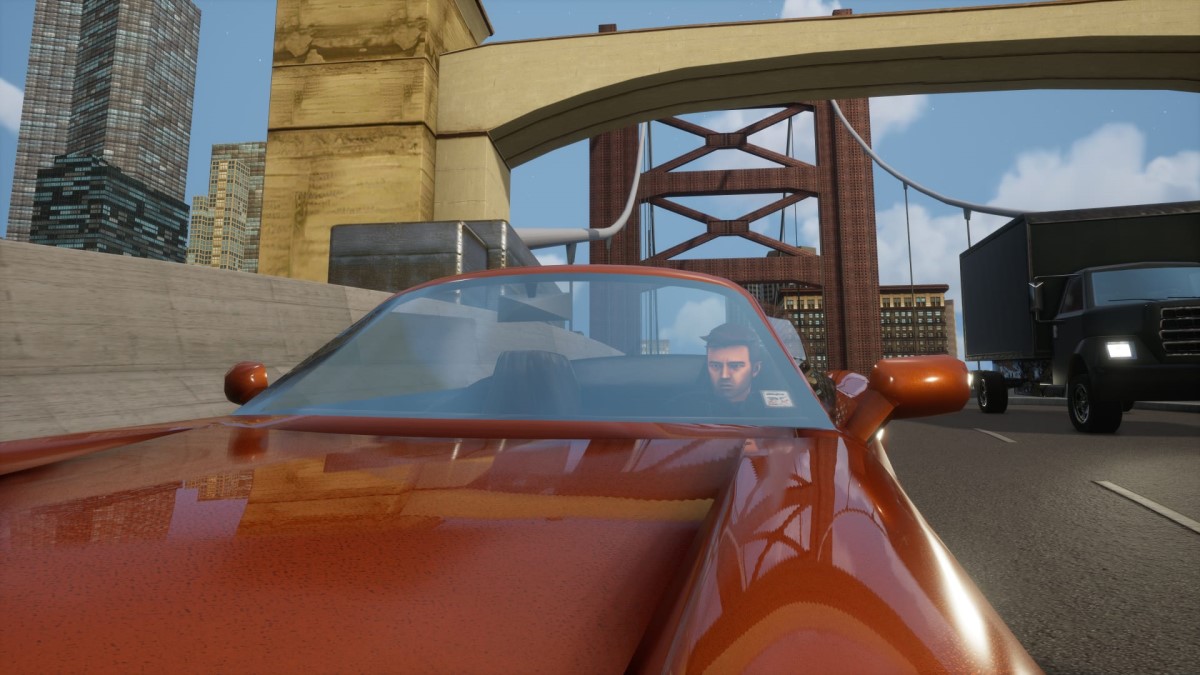 There are three different kinds of car bombs in GTA 3: Definitive Edition and each is activated differently. First, you need to get a bomb fitted to your car by visiting a branch of Eightballs Autoyard. The three locations are as follows:

How you activate your car bomb depends on which of these garages fitted it.

Car bombs fitted at this location can only be detonated by starting the car’s engine. This is useful in the mission Mike Lips Last Lunch and at precisely no other time in the game. Activate the bomb by pressing the fire button while inside the car, then get out of the car and watch while nobody else gets in the car. If you want to detonate that bomb, then getting in the car yourself (which is suicide) is the only option.

These car bombs are on an 8-second timer, making them a little more useful and fun. It’s not the quickest, easiest, or most practical way to cause carnage, but you can, if you’re prepared to go to the trouble, you can cause a lot of death and destruction this way. Once the bomb is fitted, park the car (in a traffic jam or on a crowded pavement for maximum impact), then press the fire button to activate it. You now have 8 seconds to get out of the car and run clear of the blast.

Shoreside Vale car bombs are the best because they offer you the most control over where and when your car explodes. The bomb is activated as soon as it’s fitted, but to detonate it, you have to get out of the car, then switch weapons to the detonator. Now, when you press the fire button, the car will instantly be blown to kingdom come.