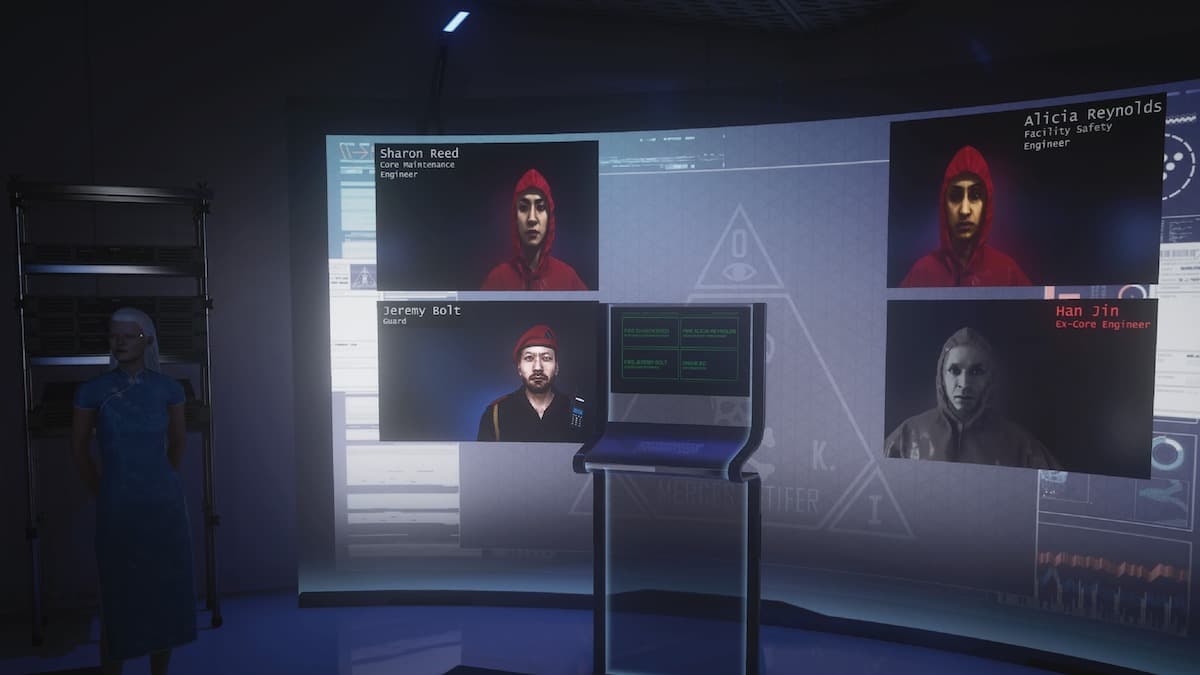 One of the centerpieces of the Chongqing level in Hitman 3 is a massive data core, which contains sensitive and essential information on ICA. One of your three objectives is to hack into this core, which can only be done after ridding of your targets Hush and Imogen Royce. Royce will be making the rounds in this ICA facility, often walking into the core chamber, and you can take advantage of this and kill her with the core maintenance protocols for the Console Cowboy achievement or trophy.

Your endgame is to make it into Royce’s Office; in the ICA facility, this is in the Tier 2 section, so you should carry a Tier 2 Access Dongle with you for easy access. On your map, refer to Level -2. You can try to enter the office through your own means, likely with a security disguise, but the easiest way to get into the office is by having Royce lead you into it through the end of the Certainty Principle Mission Story.

Royce wants to show you (or rather, the ICA figure you are disguised as) her predictive algorithm, and because she seems to completely disregard the well-being of her employees, she’ll present you with a little experiment. She lists three employees whose behavior are certain should they get fired from their job. These happen to be three people essential to maintaining the core, so she’s essentially serving you this opportunity.

Once Royce and her bodyguard leave the room to let you decide on which employee to choose for her demonstration, turn to the door and hit the switch next to it to darken the windows. You’re actually going to fire all three of them through Royce’s office terminal, but you have to do it in the right order at the right time. Do it so in the following order.

The timing can be a bit finicky, and some players have had issues with the core not igniting. But should all go according to plan, as it did for us, Royce’s prediction of Sharon turning on maintenance within eleven seconds upon getting fired should come to pass. And as you will observe, maintenance is quite a fiery and intense spectacle. Perhaps Royce should have treated her employees better.