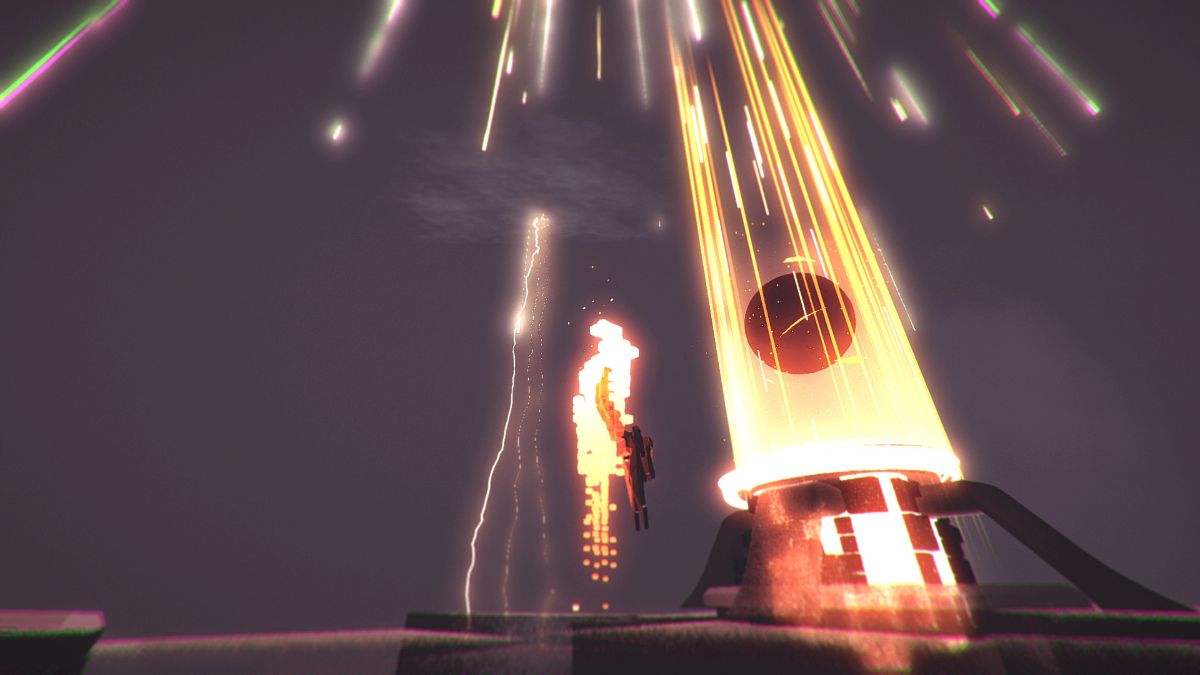 In Recompile, the map is a valuable resource, but it can be awkward to access. It’s relatively easy but it requires some muscle memory to get used to. We’ll also dive into the different objects you can find on the map.

To access the map, first press Y, triangle, or whatever key you have assigned on PC to recompile (the default key is fittingly R). Then once you’re in that blue freeze-frame, toggle over to the map section of the menu with the right trigger button, R1, or the right bracket key on PC. You’ll now be able to see the map. You can move it around with your directional buttons and can scroll from location to location to get the big picture.

On the left, you’ll see a Map Legend. At this point in the game we’re at, we have three symbols to be aware of: Connections, Backup points, and Code upgrades.

Connections look like a double-sided arrow and show you where you can teleport. They’ll either send you to previously explored areas or completely new ones. Backup points are the save points of Recompile, and they’re vitally important to keep your progress as there is no other way to save; they look like a purple heart. Code upgrades improve your character and give them new abilities like the air jump and your first weapon. Code upgraders look like a yellow pyramid.

You’ll likely gain new interest points throughout your playthrough of Recompile, so watch out for the map legend icons on your map as you progress.