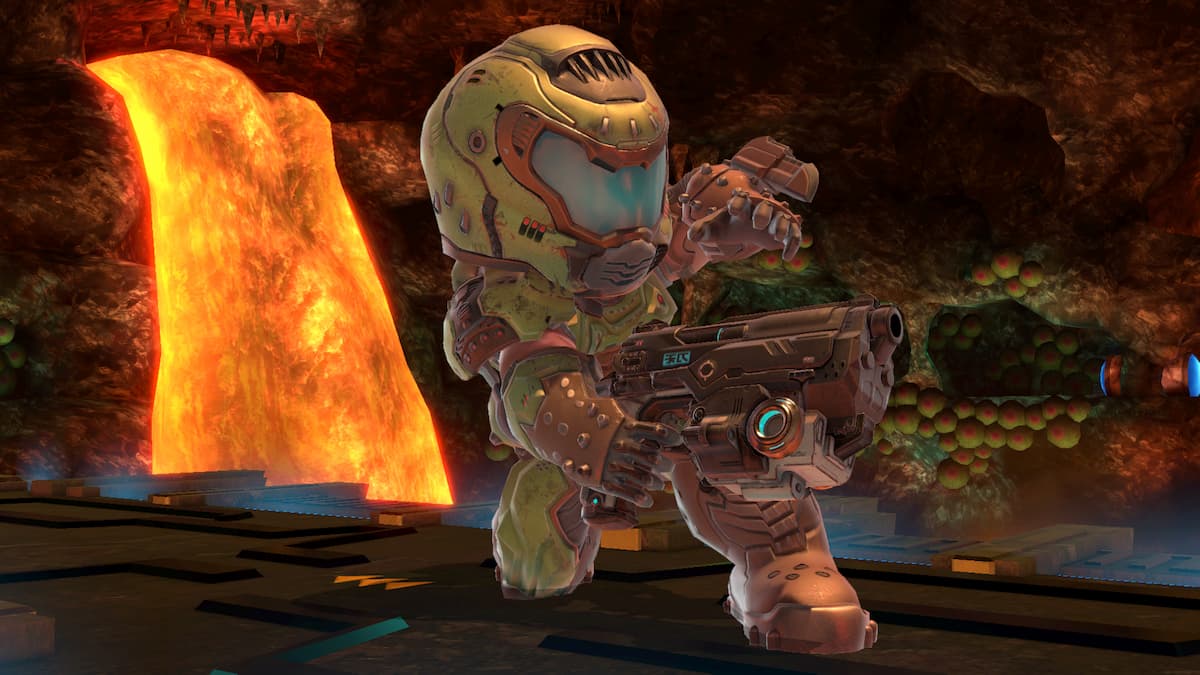 Doomguy may spend most of his time slaying the demons of hell in Doom, but he’s taking a break from that to do battle with the roster of Super Smash Bros. Ultimate. Doomguy isn’t his own standalone character, though — he’s being added to the game as a Mii Fighter costume.

Revealed during Masahiro Sakurai’s final Smash Bros. presentation, Doomguy is part of the next Mii costume pack — the 11th and final one, in fact. Appropriately enough, Doomguy is a Mii Gunner costume, firing an assault rifle straight out of the Doom arsenal. He joins Devil May Cry’s Dante, Skyrim’s Dragonborn, and the half-genie Shantae as Mii Fighter costumes that are as close to the real character as you can get in Ultimate.

The costume pack contains more than just Doom Slayer armor, though. Also being released are an Octoling wig and Judd the cat hat from the Splatoon series. All three cosmetics will be available on October 18.

That same day, Smash Ultimate’s final DLC fighter will also be available — it’s Sora from Kingdom Hearts, which should make a good number of fans happy. The Keyblade-wielder will bring his own magic to the battlefield, along with a new Hollow Bastion stage, plenty of music tracks from the Kingdom Hearts series, and a handful of Spirits too.