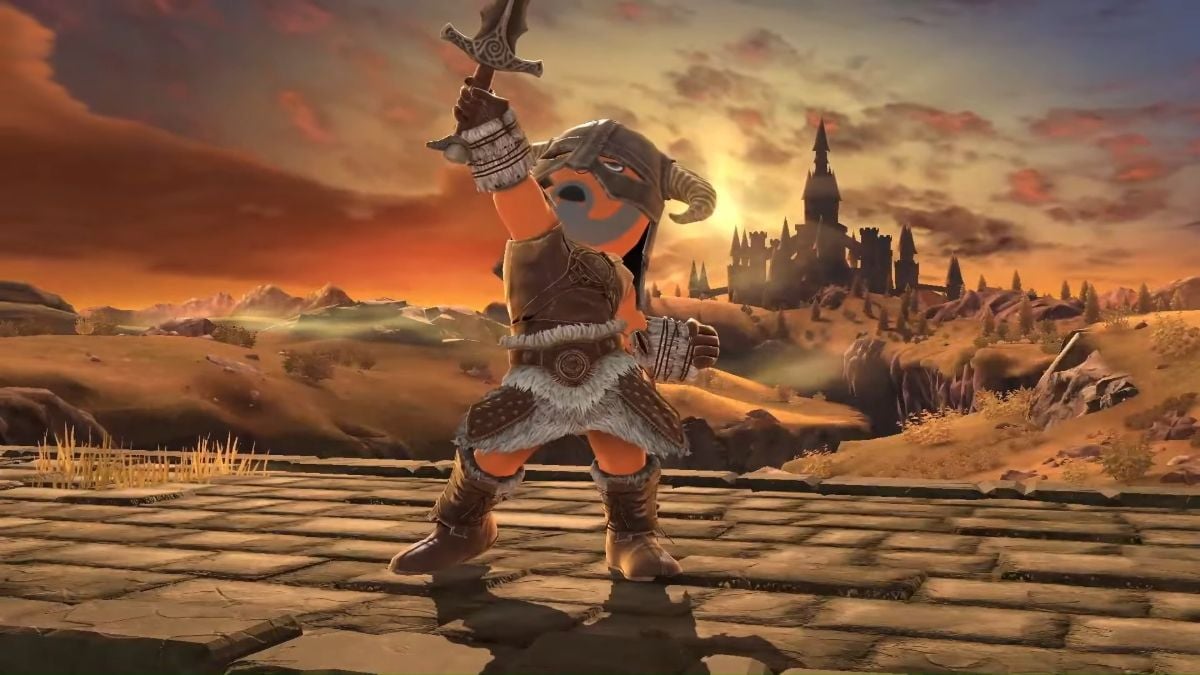 The Dragonborn from The Elder Scrolls V: Skyrim will be making their fighting game debut in Super Smash Bros. Ultimate as a Mii fighter. They are the second Bethesda character to be referenced in the game, alongside Fallout’s Vault Boy.

How will the Dragonborn play?

They will be classified as a Mii Swordfighter in the game’s roster. You can mix and match the Mii’s abilities to help it suit the Skyrim resident better. To do that, follow these instructions:

The character is shown with the helmet that was deeply referenced in The Elder Scrolls V: Skyrim’s marketing materials. The sword and gloves look straight from the game with their Nordic-inspired designs. You can also find a Mii that has an unconvincing beard to fulfill the strange look.

How do I get Dragonborn/Dovahkiin in Super Smash Bros. Ultimate?

The Mii fighter of Dovahkiin came out with the release of Tekken’s Kazuya in the game on June 29, 2021. You can access the store page easily through Super Smash Bros. Ultimate’s menu. Go to the bottom right where a shopping bag is displayed. Press A.

After some loading, you’ll find a list of downloadable content. Scroll past the characters, and you should find the Mii costumes available. You can leave a checkmark on the right of the Mii costume to select the Dragonborn costume and then Proceed to Purchase. The DLC will only cost you $0.75.

After buying the costume, you’ll need to either create a Mii that looks like Dovahkiin or find one through the Shared Content section of Super Smash Bros. Ultimate. To find a user-created Mii, here are the steps: