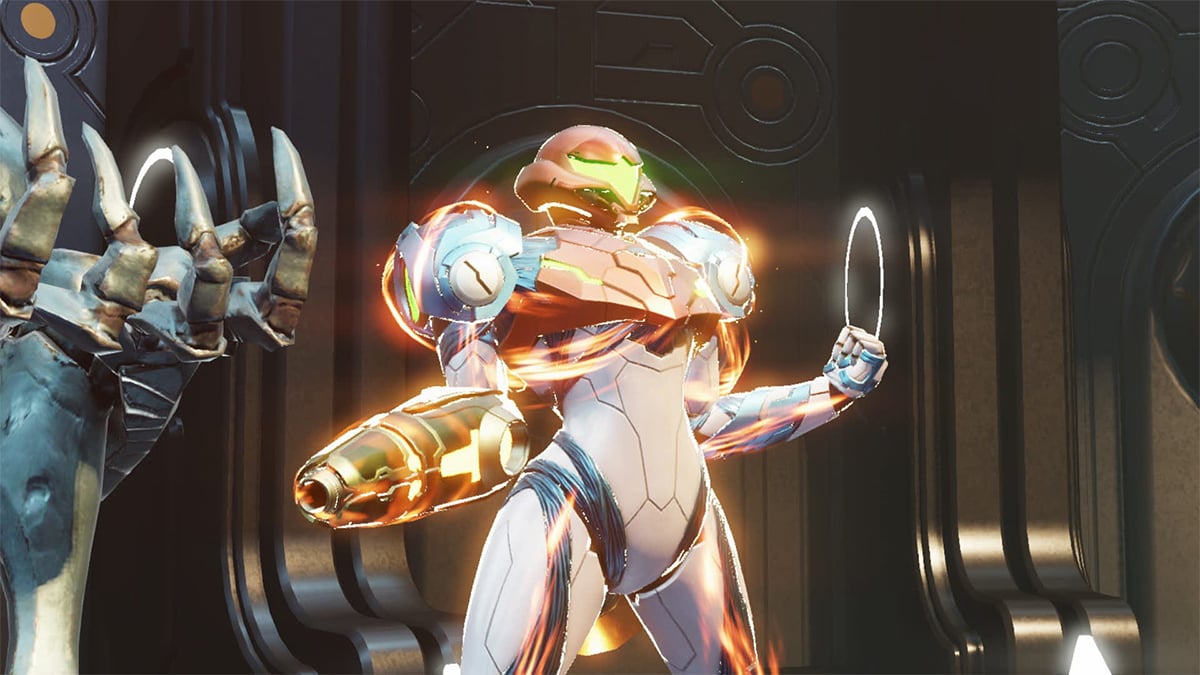 Samus Aran’s space suit is an iconic look: the orange hue, thin visor, and bulky shoulders have given her some serious flair among bounty hunters since the very first Metroid game. Its remake, Zero Mission, introduced the Zero Suit. The blue, unarmored look was included in the Prime games and even had its own unique playstyle in the Super Smash Bros. series. You may be wondering, is this cool look in the latest adventure, Metroid Dread?

The question you really ought to ask is, “Can you play as Zero Suit Samus in Metroid Dread?” To that, the answer is no. However, the Zero Suit can technically still be seen in the game: anytime you die, Samus’ armor breaks away in a brief animation, revealing the Zero Suit look. The suit can also be seen in one of the ending rewards. Complete the game on Normal and Hard mode under certain time limits, and you’ll earn some special artwork based on past 2D Metroid games. Get all eight, and a bonus ninth art piece will be unlocked – it features Zero Suit Samus. So the answer is technically yes, the Zero Suit is in Metroid Dread, but in all reality, no, it’s not present in the way you might be hoping.

However, there are still two suit upgrades for Samus to acquire in the game. The first is the Varia Suit, which allows her to withstand resist the heat of volcanic rooms. Later on, you’ll unlock the Gravity Suit, which is how you’ll resist cold chambers. It also lets you move freely underwater (where you’d normally move at a slower pace) and touch lava without taking damage.