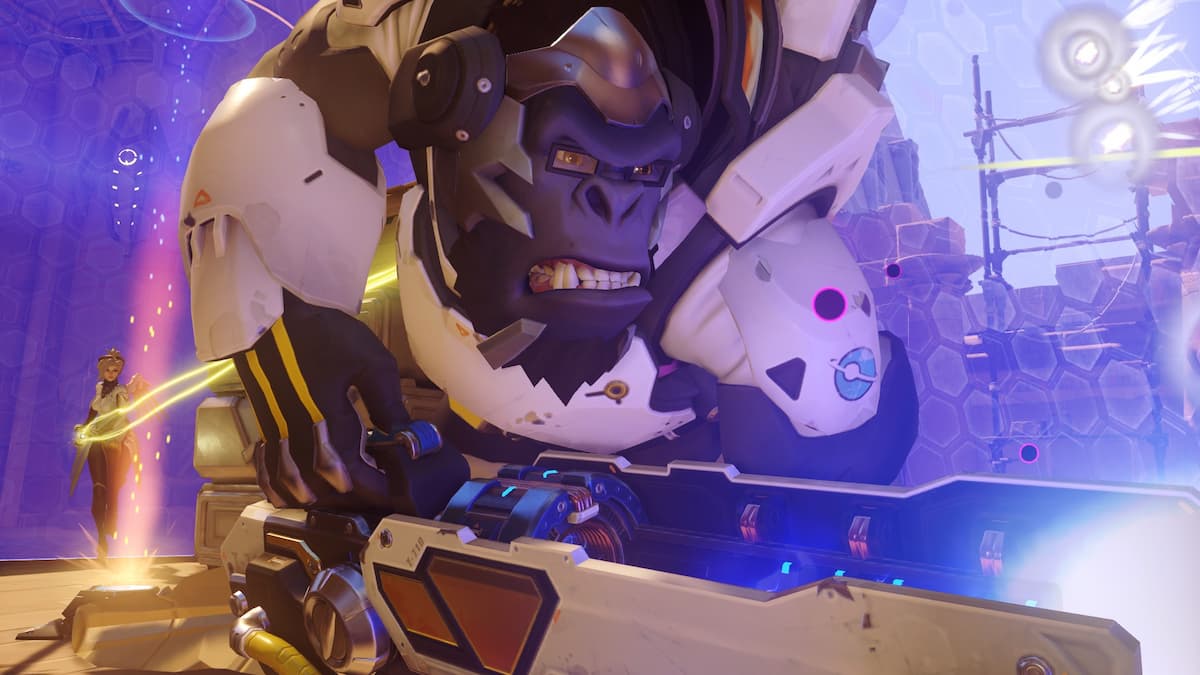 With Overwatch 2’s switch to a 5v5 multiplayer mode cutting one tank from each team, it’s more important than ever to know the best ways to use the tank you choose. And with the game moving toward faster, more fluid fights, Winston is an excellent pick for his mobility and potential to punish players who get isolated from their team.

Winston’s important strength is his ability to move around maps quickly and freely by using his jump. Take advantage of this to control the high ground near the enemy team and pester them from above. Then, once your jump is off cooldown, look for opportunities to drop to the low ground, with the jump available as a get-out-of-jail-free card.

Winston is also extremely powerful as an engagement opener, as long as you identify vulnerable targets, usually in the enemy backline, and make sure your team is ready to follow up. The goal here is to jump on your target and use your barrier as a way to create a favorable 1v1. This forces the enemy team into a tricky decision, where they either commit to protecting their teammate or lose them. A good way to apply even more pressure in these situations is to drop your barrier slightly before you land so that you are closer to the edge of it and your target is on the other side.

It’s important to maximize the amount of value you get from Winston’s ultimate. To do this, take note that it heals you to full health, and use it once you’ve taken a bit of damage already. It’s also a great opportunity to take your opponents by surprise with a burst of speed. Take advantage of the fact that the ultimate immediately removes the cooldown on your jump pack by using a jump immediately beforehand, giving you two jumps to cover a massive distance.

A couple of other tricks involve making strategic use of your melee attacks. First, Winston can do a surprising amount of burst damage when he lands from his jump pack if you also land a melee attack. To do this, try to time your punch just before you land because the land will cancel the end of the melee animation, allowing you to start firing your tesla cannon immediately.

Another way to use your melee attacks is to add them in the middle of firing your tesla cannon. Do this by holding down your primary fire while landing punches in melee range. This has two benefits. The first is that you will do more damage per second, provided you actually land your punches. Second, this preserves your ammunition, meaning you won’t need to reload as often. Note, though, that you should only do this while fighting a single enemy since you will lose out on damage if you’re hitting multiple targets at once.

Winston is most effective on maps that are open, with a lot of verticalities. He’s most popular (and easiest to play) during the attack phase of a match. However, Winston does have some underrated potential as a defensive tank, especially with his excellent ability to stall out a point with his ultimate and movement. He’s also effective on many Control maps because of his flexibility when it comes to dealing with enemies on multiple flanks.

Maps where Winston is strong include Numbani, Gibraltar, Dorado, Oasis, Hollywood, Route 66, Junkertown, Midtown, Busan, and Ilios. Maps where he is less effective include Hanamura (first point in particular), Eichenwalde (last point in particular), Colosseo, Lijiang Tower (on Control Center), and Rialto. Note, though, that this list is only a general suggestion, as there are many times when Winston might work well on a less favorable map, and, alternately, many times, he will not work well on a favorable one. Often, this comes down to the composition of both your and the enemy’s team, as well as the playstyles of your teammates.

Winston synergizes well with any heroes who can follow up on the engagements he takes. This means fast damage dealers like Genji and Tracer and mobile healers like Lucio and Mercy. There aren’t many hard-and-fast rules here, though, as most team compositions can work well with Winston as long as they are prepared to react quickly when he starts a fight.

Winston vs Other Hearos in Overwatch 2

Winston is particularly strong against characters with small health pools who rely on avoiding damage altogether, like Mercy, Tracer, and Genji. He’s also particularly strong against Genji because his tesla cannon isn’t blocked by Genji’s deflect ability. Winston is also powerful against heroes who tend to play in their team’s backline, like Zenyatta, Widowmaker, and Ana (provided she doesn’t hit you with a sleep dart).

While playing Winston, watch out for heroes that can deal damage quickly, like Reaper. You should also be especially cautious of heroes that can mitigate his movement, like Roadhog, who may be Winston’s hardest counter. Torbjorn can also cause trouble for a Winston, although this is more because a well-placed turret can limit your options of where to dive. While these heroes are dangerous, none of them (save for a skilled Roadhog) counter Winston so directly that it’s impossible to play him. The key is to take advantage of your movement to position in places (especially high ground) where you are safe and to carefully take engagements you know you can win.