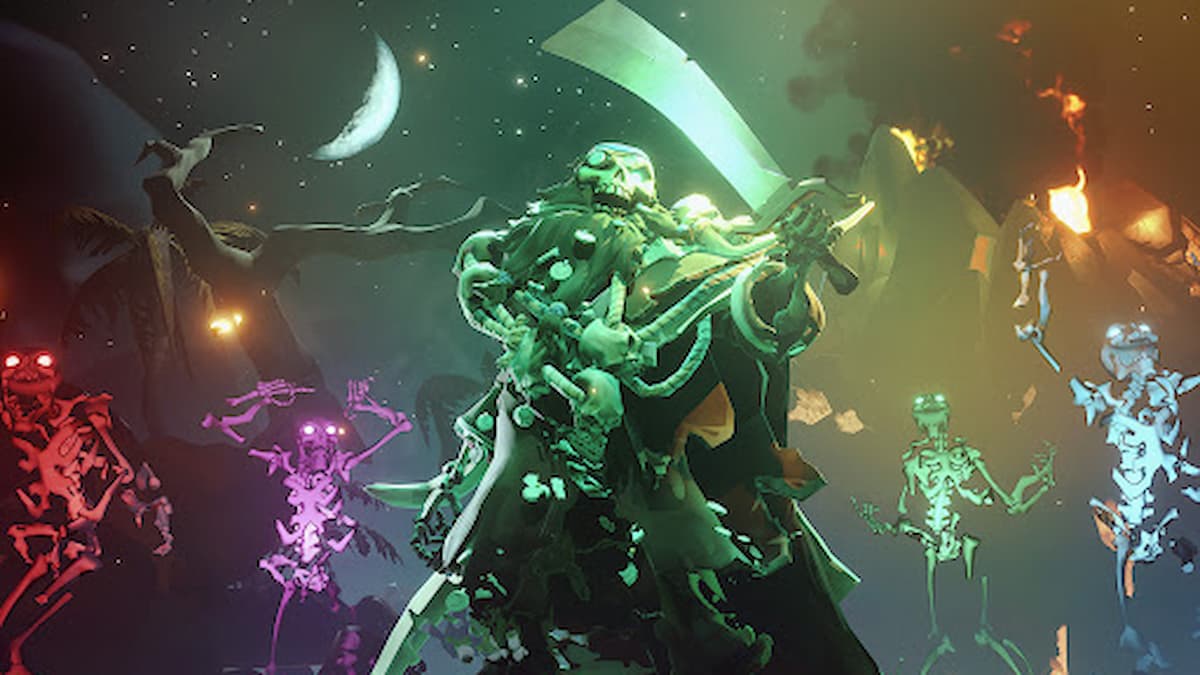 With a handful of events under their belts, Sea of Thieves is giving pirates another spooky season celebration players have come to expect from the high seas. This time, pirates can honor the great Ferryman during a four-week celebration event called Fury of the Damned. With new weapons and tankards up for grabs, this is the perfect opportunity to enjoy a little time with your favorite crew.

Fury of the Damned Event Challenges

There are two kinds of challenges involved in Fury of the Damned: three sets of repeatable challenges that give players Favour from the Bilge Rats and two global challenges that reward every community member who takes part.

Additionally, you can earn Favour for each Shadow of Fate skeleton you defeat or by taking down the Ghost of Graymarrow at the Fort of the Damned.

Ships of the Damned

Armies of the Damned

Sea of Thieves is also rewarding the community for coming together to vanquish as many undead as possible in the coming weeks. After completing a short qualifying Challenge, each skeleton that players defeat will count toward the community total. If the community wipes out a huge number of these nuisances, everyone who took part will receive the reward.

For the Community Spirit Challenges:

How long is the Fury of the Damned Special Event?

The Fury of the Damned Special Event will last for four weeks until Thursday, November 4.