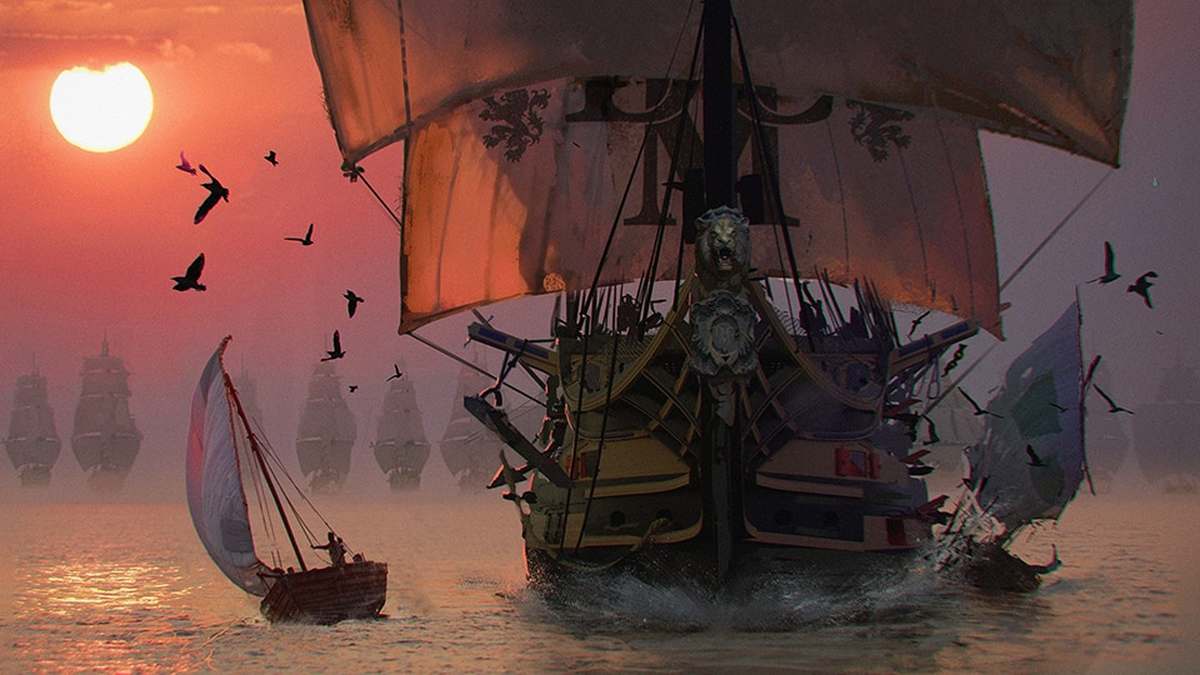 As any self-respecting pirate game should allow, Ubisoft’s Skull and Bones can be played in multiplayer. While all content is accessible solo, players are advised to tackle the game’s sprawling world with their friends. Skull and Bones players can match up in groups of two or three and take part in co-op activitiates and dynamic events. However, they can also battle each other in proper PvP. This overview will explain the key systems you need to know before diving into PvP activities in Skull and Bones.

How PvP servers work in Skull and Bones

Skull and Bones is essentially an open-world game, in that players can travel seamlessly from location to location, roam the oceans in search of AI ships and fortresses to raid, and encounter each other’s ships in the process. However, to participate in PvP, you need to be in a PvP-enabled server. If you don’t join such a server, you will be completely safe from other players, and you will be unable to engage them in combat when you stumble open them on the open sea. While within PvP servers, you can still retreat to port-side Safe Zones, where players cannot fight each other.

Players can join PvP servers in Skull and Bones solo or in pre-made groups with their friends. Matchmaking is also available for those whose friends are not online, but don’t want to go in alone. All regular PvE content is still available in PvP servers, and players can decide whether they want to focus on hunting down other players, plundering AI ships and fortresses, or a healthy mix of both.

How PvP combat works in Skull and Bones

PvP combat follows the same rules as PvE combat in Skull and Bones. To sink other players’ ships, you will need to maneuver yours effectively, stay in the optimal range for your weapons, and fire well-aimed shots at enemy weak spots. Ship types have different movement, firepower, and armor stats, which can be customized with purpose-built upgrades. If you favor PvP in Skull and Bones, make sure you acquire a highly mobile ship and give it the appropriate cannon and armor upgrades. Skull and Bones has no boarding action mechanics, so being successful in PvP is all about how well you manage ship-on-ship combat.

Related: What is the release date of Skull and Bones? Answered

By joining a PvP server in Skull and Bones, you would be risking your ship and potentially your resources for a chance to acquire additional Infamy points (a sort of EXP-like stat) and loot. Just like in Sea of Thieves, defeating other players lets you loot their ship for whatever resources they may be carrying at the time. Note, that this makes PvP combat rewards somewhat unpredictable: you may take down an enemy ship, only to find its holds nearly empty. Make sure to scan opponents with your Spyglass to avoid this type of awkwardness.

Unlike the loot, the danger of PvP is guaranteed: your ship takes Hull and Morale damage during combat, and you will need to spend resources to get back in shape after engagements with other players. Assuming they don’t sink you, that is. In this way, Skull and Bones PvP is both riskier and more rewarding than PvE content. As Skull and Bones is a live service game, we can also expect PvP-specific events, rewards, and modes to arrive down the line.