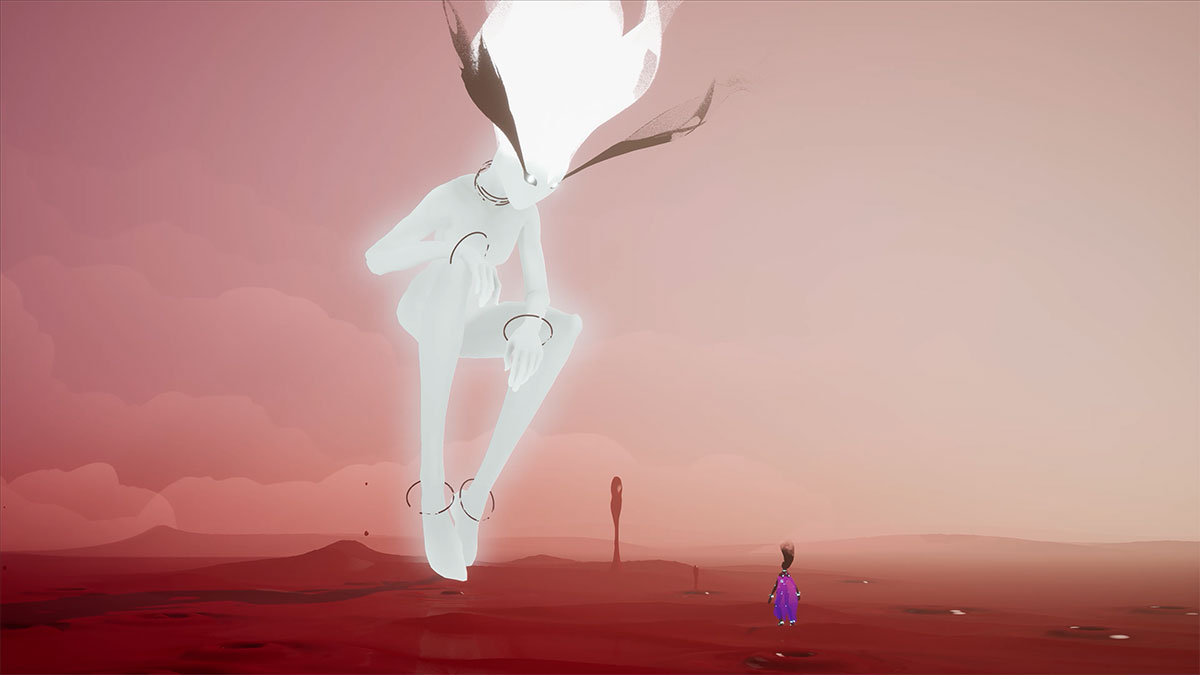 Solar Ash is a fast-paced game, but it slows down just for a moment and diverges at the conclusion, setting up two possible endings. We’ll show you how to get them both, but we can’t talk about them without some serious spoilers, so consider this your spoiler warning. The breakdown starts after the screenshot below.

After clearing every anomaly and beating every regular boss, Rei will be clear to grind up the Starseed to save her home planet — or so she thinks. Echo appears at the top of the power source, and in case you haven’t yet realized the truth: yes, she is indeed another form of Rei. This cycle of planetary destruction has repeated over and over throughout time, and Echo is a Remnant of Rei herself. With that information gained, Rei has the choice to either activate the Starseed and start the miserable cycle again, or destroy it and put an end to this repeating cataclysm.

This is where the ending splits, and while there are technically two, the short, bad ending is a red herring. This occurs if you decide to power up the Starseed regardless of Echo’s warning: your home planet is destroyed, and you reawaken at the Impact Site where the game began. Don’t worry, you haven’t actually restarted the whole game — just return to the Crater to scale the Starseed again.

To get the real ending, you need to heed Echo’s words and destroy the Starseed, ending this cycle once and for all. But that isn’t the end of Solar Ash. Consumed by the power of the Starseed, Rei herself is twisted into one of the hideous, massive Remnants that you fought throughout the game. To bring her back from the brink, you’ll take control of Echo herself.

The gameplay doesn’t change at all, but the glowing white Echo will be your protagonist for the final boss battle against Wretched Rei. Restore her by plucking all the debris from her body, and credits will roll, signifying that you’ve reached the true, good ending. Doing so will unlock Hardcore Mode as well as a sweet 100% completion reward if you put in the necessary effort.