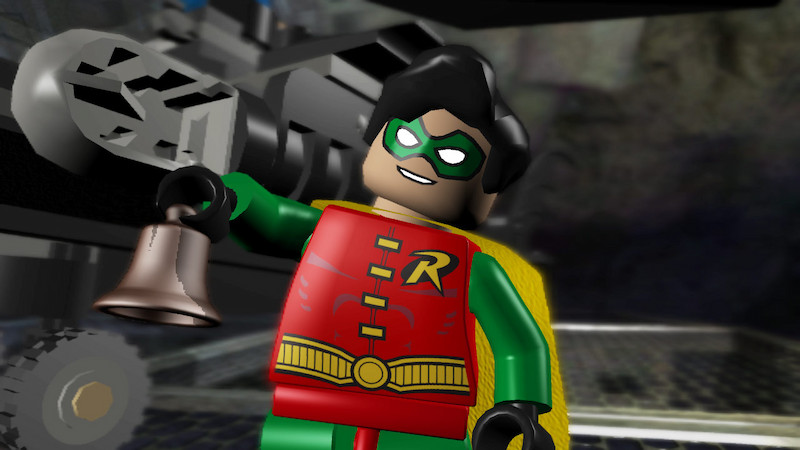 Building incredible structures and telling epic stories through the medium of blocks isn’t confined just to Minecraft. There are dozens of Lego video games out there for you to try, ranging from simple building sandboxes to epic retelling of some of the most beloved films of all time. With so many games based on the iconic Danish brand, it isn’t easy to pick out the best ones that have stood the test of time. Here are our choices for the best Lego video games for PC and console for budding builders to try.

Related: All of the movie-based Lego video games, in release order

Lego is no stranger to the world of video games – beyond the titles that make use of the colorful bricks, characters like Horizon’s Aloy have been immortalized in Lego over the years. Picking the best games based on Lego is a tough task, but here are some that rise above the rest and provide an undeniably fun experience.

Batman isn’t a stranger to video game adaptations, but his Lego version certainly has a place within the Dark Knight’s hall of fame. Lego Batman 2: DC Super Heroes offers fans a chance to play within an open-world Gotham City, fighting some of Batman’s iconic villains with the help of other DC heroes. It is arguably the best Lego Batman game and stands as one of the best Batman video games of all time.

Gamers have been running amuck in open-world cities for generations now, but it is still unusual to get to steal cars and evade the police in a kid’s game. Lego City Undercover gives players all the fun of a Grand Theft Auto title in a game rated E for Everyone. What it lacks in nudity and blood it makes up for with sharp gameplay and a surprisingly expansive open world to explore. Even grown-up players will laugh at the references to classic buddy cop tropes mixed into the game.

If playing as a hero isn’t your bag, don’t worry. There is still a Lego game out there for you. Lego DC Super Villains lets players take on the role of some of the greatest villains in comic book history. From mainstays like The Joker and Reverse Flash to more obscure characters like Gorilla Grodd, there is a deep roster to play with. The writing is clever enough that the evil characters still feel true to the source material while still existing in the family-friendly universe that Lego video games tend to occupy.

Indiana Jones isn’t the first film series to get the Lego treatment, but it is one of the more mature trilogies to be converted to bricks. It wisely focuses more on puzzle-solving than combat, which makes sense considering that many of the most iconic moments in the original Indiana Jones trilogy are Indy cracking a code or working out how to get past a set of deadly traps. This isn’t necessarily the best way to experience the Indiana Jones stories but it remains incredibly fun to see how they put a playful spin on some of the more harrowing scenes in the movies.

We’re going old school with this pick. Lego Island was one of the earliest Lego games for PC and it still holds up surprisingly well as a fun building experience. It was an open-world adventure that was years ahead of its time. There are multiple classes to choose from and each offers a different play experience as you try to stop an escaped convict from ripping the world apart brick by brick. If you can get past the understandably dated graphics, there is a lot to enjoy about Lego Island.

It isn’t surprising to find a Lego game populated with iconic Marvel characters, but, interestingly, this game isn’t based on the box-office-dominating MCU. Instead, Lego Marvel Super Heroes is free to play with almost every hero and villain from Marvel comics. Traveller’s Tales’ unique brand of humor allows them to lovingly lampoon some of the biggest names in comic book history while the deep roster sees players doing battle on locations such as The Savage Land and Asteroid M. This is easily the best Lego video game to tackle the increasingly popular Marvel roster.

Lego The Lord of the Rings

Released several years after the original trilogy hit theaters, this game provides a different experience to most The Lord of the Rings titles. Unlike Shadow of Mordor, Lego’s take on Tolkien’s masterpiece is bright and playful, capturing the innocence of the hobbit characters as well as the epic notes of the films. This might not be the iconic way to experience The Lord of the Rings, but it is a surprisingly good introduction for new fans intimidated by the more mature feeling of other games.

Many of the best Lego video games are built around iconic franchises and there are few films more beloved than Star Wars. Traveller’s Tales does a masterful job in this game of lampooning these movies while still showing them the respect they deserve. There are silly moments and the kind of humor you’d expect from a kid’s game, but it is all done with a deep love for the source material. Lego Star Wars: The Complete Saga always laughs with the fans, not at them, and delivers a great gameplay experience along the way.

This could have easily been a lazy cash-in from Traveller’s Tales. They had multiple entries in the Lego Star Wars series at this point and could have borrowed from them without much innovation or change and still sold plenty of copies. Instead, they built on their two decades of experience with the franchise and delivered a game that celebrates Star Wars in brick form. The combat is tighter, the humor is sharper, and the overall experience is better than it has ever been. This is easily one of the best Lego video games ever released and a must-play for fans of the Star Wars series.

Lego Worlds is evidence that everything will come full circle one day. It sought to capture the open-world feel of Minecraft but with a branded Lego experience. In many ways, it succeeds. The building mechanics are fun and the co-op is well-implemented. It should have been the definitive Lego game on PC and consoles, but the controls were frustratingly clumsy and some glitches and exploits undermined the sense of fun that should have been the focus of the game.