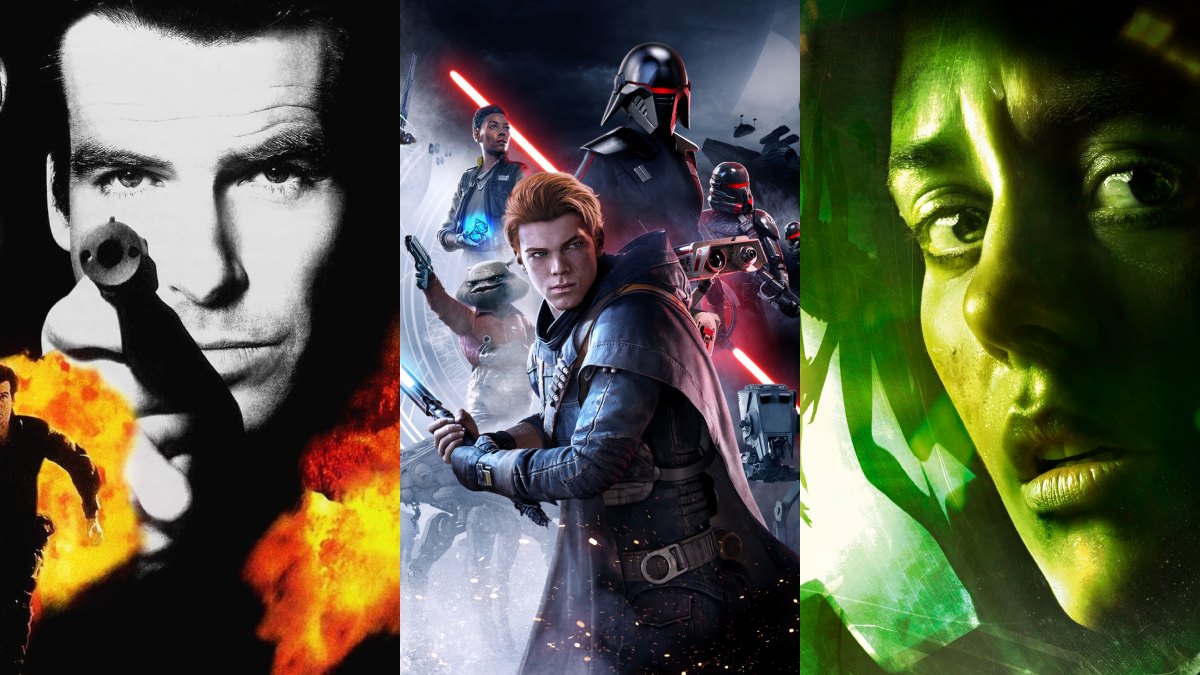 The process of basing video games on movies is a familiar phenomenon in the video games industry. While movie-based video games are rarer to see these days unless the franchise is already established, they still pop up now and again. There’s also a long history of crossovers to draw on. Sometimes the results are not fruitful which alienates the fanbase in some aspects. On the other hand, some of these game adaptations make the movies much more popular due to their unique way of storytelling and the inclusion of notable features that make them memorable in their own right. Not to mention, properly preserving the relationship between the games and the movies themselves. With that in mind, here are ten of the best movie games of all time.

Related: The 10 Best Video Game Movies Of All Time

Alien: Isolation is a survival horror game based on the Aliens movie franchise. Isolation is set fifteen years after the events of the first movie and follows Amanda Ripley, daughter of the movie protagonist Ellen Ripley. Amanda searches for her lost mother aboard the Sevastapol space station, also onboarded by a Xenomorph. Playing from a first-person perspective, she must navigate her way out of the space station while also protecting herself from the Xenomorph as well as other humans and androids.

Although weapon combat is present, the game utilizes the core aspects of survival horror focusing on stealth and evasion by making the encounters with the Xenomorph brief but full of tension and anxiety. While there have been a lot of games set in the Aliens franchise, this one clearly stands out as it properly encapsulates the themes of what made the franchise so popular.

At the height of the 3D era, Disney’s Hercules was released as a 2D platformer back in 1997. It was based on the animated movie of the same name and featured the titular character tasked with regaining his immortality. Hercules was played from a 2D perspective mainly, with players having to defeat various kinds of enemies across ten levels.

Weapons included Hercules’ sword and different powerups of it which could only be used once when acquired. Dying would mean starting from the beginning unless you collected certain tokens. While it felt a bit behind the times graphically when released, the thrill and fun of a 2D platformer certainly remained. Plus, who could forget the relief of finding a Herculade out in the wild?

Enter the Matrix was created as a tie-in to the second movie in the series, The Matrix Reloaded. Though it had mixed reception during its launch, the effort that went into creating it was admirable. The game was directed by the Wachowskis, who also directed the film franchise, and had over an hour of original footage created just for it.

Players would take on the role of Ghost or Niobe, secondary characters in the movie. Both of them have distinct fighting styles that players will need to utilize across various levels. The fighting, the music as well tie-ins to the movies were exceptionally well done which made it a blast to play in this faithful recreation of the Matrix universe.

The influence GoldenEye 007 had on the first-person shooter genre is revolutionary, to say the least. Gone were the days of the Doom-like shooters, and instead came the wave of more realistic interpretations of the first-person view. GoldenEye 007’s essentially pioneered crucial features of the shooter and action-adventure genre like more immersive single-player missions, great graphics, and stealth elements.

The inclusion of the four-player multiplayer deathmatches and a variety of usable weapons was the icing on the cake. Playing this on the Nintendo was a memorable experience itself. With the original coming to the Switch and the remaster to Xbox Game Pass soon, players can experience what made this game an icon.

The Mad Max game was released in the same year as the Academy Award-winning movie of the same franchise. The game is set in a harsh post-apocalyptic open-world environment as players take on the role of the titular character. Its original story along with the faithful recreation of the harsh landscapes of the franchise makes it really enjoyable.

Each of the regions is distinct and exploration is highly encouraged. The scarcity of resources also makes the game much more immersive. Additionally, with its free-flow fighting system and neatly done vehicular combat, Mad Max properly captures what made the movies so entertaining.

Middle-Earth: Shadow of Mordor is based on J.R.R Tolkien’s epic legendarium, but takes place in the universe of Peter Jackson’s film adaptations of The Lord of the Rings and The Hobbit. Shadow of Mordor lets players take on the role of Talion, a Gondorian Ranger bent on taking revenge on Sauron for causing the death of his family. The properly recreated world of Tolkien provided players with the experience of uncovering the wonders and secrets of Middle-Earth.

The combat and exploration were amazing but what really stood out was the Nemesis system. Here, procedurally generated Orcs with distinct personalities and character traits will remember your encounters with them, including whether you killed them or not, If they get to survive the encounters, they will be much more powerful the next time you see them. They can also be promoted within the Orc army, and some can even be recruited by Talion in his battles.

Scarface: The World is Yours

Scarface: The World is Yours takes place in the alternate universe where Tony Montana survives in the original movie. The initial plot of the game serves as a revenge story for Montana while also focusing on reestablishing his criminal empire in the city of Miami. The gameplay is quite similar to that of the Grand Theft Auto series but with some unique elements.

Tony Montana’s character traits are properly represented in the game, including his refusal to kill innocent civilians. The Reputation system in the game is a big part of how Scarface: The World is Yours works as players will need to complete various missions and other activities to gain respect. Additionally, the money and heat system were also unique to the game which made it enjoyable.

Based on Sam Raimi’s movie of the same name, Spider-Man 2 featured what Spider-Man fans desperately wanted at that time: a fully open world New York City free for the masked arachnid to explore. With slight alterations to the already epic plot in the movie, Spider-Man 2 was a game changer in making the superhero genre, with its open-world influences seen in the Batman Arkham series and of course, Insomniac’s take on Spider-Man.

Players could freely explore the regions of New York City as Spider-Man swung across building as well as performing various web-slinging moves. The 3D-based web swinging made the game extremely fun, crawling on walls also felt much more immersive and the combat was top-notch. With a variety of side missions and an engaging story, Spider-Man 2 is something that must be played to fully appreciate.

There have been many Star Wars games over the years, from MMORPGs to standard first-person shooters, but Jedi: Fallen Order provided a much fresher taker on George Lucas’ epic science fiction universe than any other that came before. With an original story featuring a diverse cast of characters Jedi: Fallen Order is a must-play for any kind of gamer as well as Star Wars fans.

The game has you take on the role of Cal Kestis as he takes on the forces of the Galactic Empire. The explorable planets with varied wildlife are also open for players to uncover their secrets and mysteries. The lightsaber and Force combat of the game is also properly refined, with the ability to attack, block or dodge with them. The skill tree is also a crucial part of the Jedi: Fallen Order as players can upgrade their abilities.

Believe it or not, there was a Wolverine game before Insomniac’s take on the famous mutant was announced. X-Men Origins: Wolverine was based on the movie of the same name and featured the Wolverine in his most violent and primal form. The game features an original plot created by Raven Software, who developed the game.

Taking influences from series like God of War and Devil May Cry, this game makes Wolverine live up to his bloody reputation by turning up the gore and brutality. His healing ability is also in full, grotesque display. Various kinds of attacks can be used including light and heavy ones, and occasionally use his Rage meter to do much more devastating attacks. Additionally, by leveling up through upgrades, Wolverine can become more powerful.