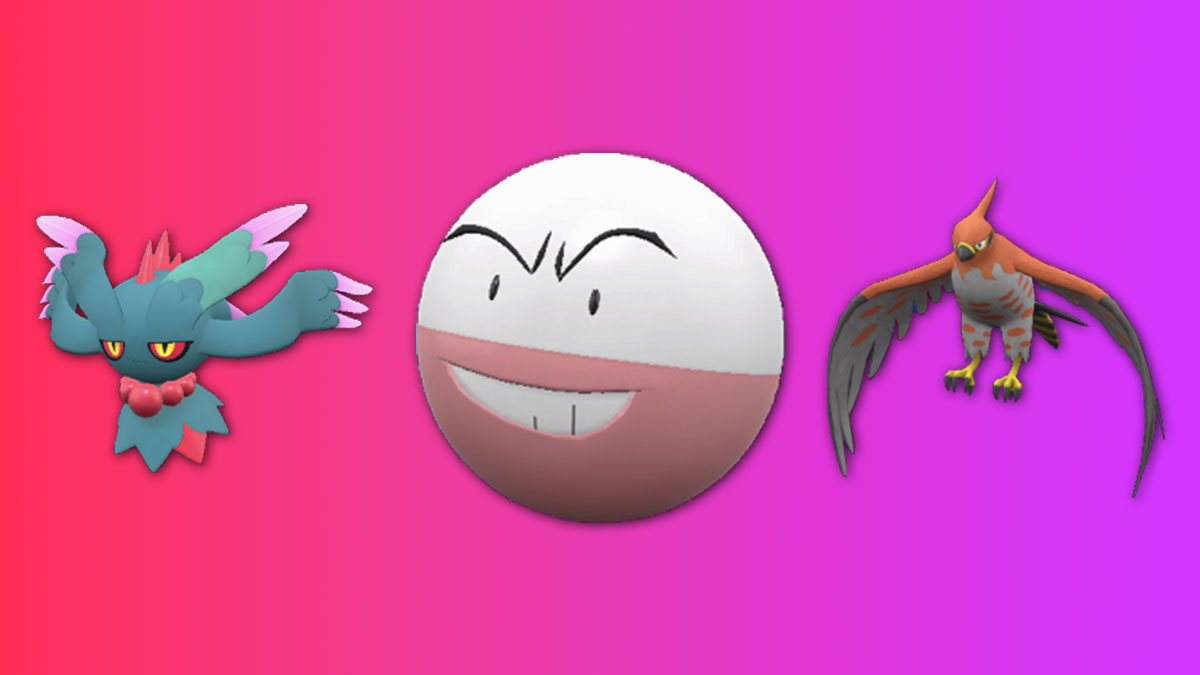 Speed is a very important stat in Pokémon. Higher speed means attacking first, and that’s all you need to win a match sometimes. When it comes to Pokémon Scarlet and Violet, there are a few ‘mons that pull ahead of the rest of the pack in terms of speed, and we’ve ranked them here. Since we’re talking about Scarlet and Violet, we’re strictly using the Paldean Pokédex. Some entries might surprise you.

Related: The 10 fastest Pokémon of all time

Talonflame is a Fire/Flying type, so it makes sense that this burning bird would be able to rocket across the sky so quickly. Of all the basic birds that we see in each new Pokémon generation, Talonflame is by far the fastest.

Eiscue has two forms, and when the ice cube melts away from its face, it actually becomes one of the fastest Pokémon in Scarlet and Violet. It’s like Naruto‘s Rock Lee and his weights, but a penguin.

It makes sense that Jolteon is the fastest Eeveelution in Scarlet and Violet, since it’s pulsing with electricity. As it turns out, that charge is also enough to make Jolteon one of the fastest Pokémon in the game in general.

The cover Legendaries of Scarlet and Violet are two sides of the same coin, and since they share the same Speed stat, we decided to combine them for this entry. Their speed makes total sense, as they’re both living vehicles that can race along the ground and fly through the air.

Cats are quick and nimble in real life, so this other Gen 9 Legendary also makes the cut. Chien-Pao is an Ice/Dark type, a very rare combination. As it turns out, it’s also a speedy one.

Flutter Mane is not only one of the best shiny Pokémon in Scarlet and Violet, but it’s also one of the fastest. This is an earlier form of Misdreavus, so apparently, Ghost types moved a lot quicker at an earlier point in Pokémon history.

Believe it or not, this Paradox form of Delibird is also one of the fastest in Scarlet and Violet (it’s also another top-tier shiny). Apparently, deliveries in the future are much faster, thanks to Delibird taking on a more robotic form.

If you’ve seen one of these suckers barreling toward you in the water, then its inclusion on this list won’t be a surprise. Every Pokédex entry talks about its swimming ability and sharp fins, and its Speed stat backs up all of those boasts.

Perhaps the Speed stat here is really referring to the little dragon missiles that Dragapult fires out of its stealth plane-shaped head, but in any case, it nearly tops the list for fast Pokémon in Scarlet and Violet. It’s also another rare type, being both Ghost and Dragon.

Finally, we have one of the original 151 at the top of the list. Electrode and its pre-evolution Voltorb are both known for self-destructing in your face as soon as the battle begins. That’s all thanks to its high speed — the fastest in all of Paldea.