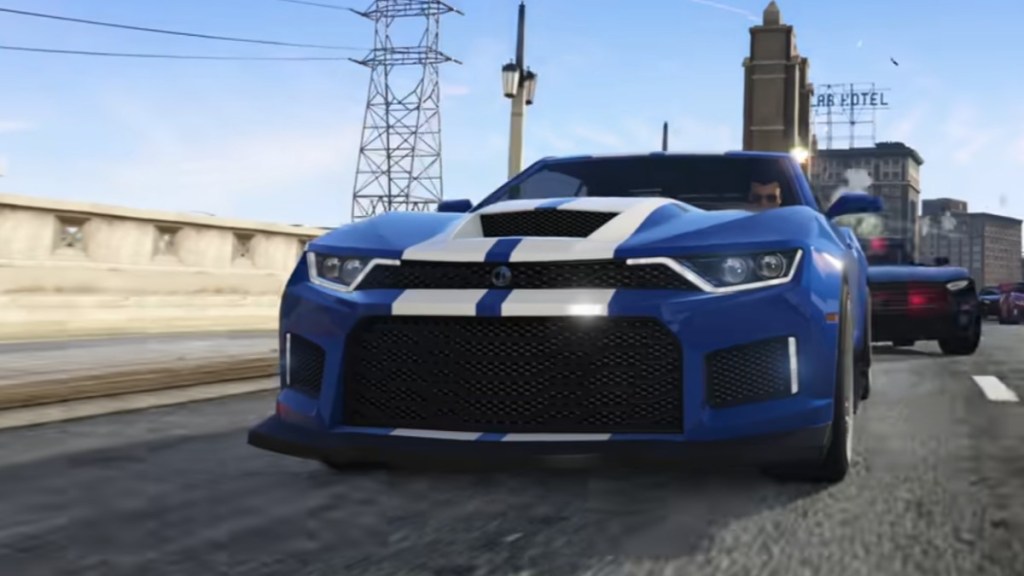 If you want to burst onto the scene in GTA Online, you need to get yourself a flashy car. Whether you’re just cruising around the city or need a getaway car for your next big heist, you should always aim to do it in style. These cars are the most expensive rides you’ll get in the game, meaning they’ll definitely turn the heads of both the cops and your fellow criminals. To find out how to really steal the show, here are the most expensive cars in GTA Online and how much they cost to buy.

What are the most expensive cars in GTA Online?

This car dropped as part of the December 2021 The Contract update and is the only car on this list to come in at under $3 million. It can be purchased from Legendary Motorsport, who sometimes run a sale on the Champion, knocking the price down to around $2.22 million. Still expensive but worth waiting for a good deal if you’re desperate to add this Super Car to your garage.

Next is the Stromberg, which comes to us via Warstock Cache & Carry. The unique thing about this car, aside from the astronomical price, is that it can double as a submarine when you need it to. That’s like getting two vehicles for the price of one, which is a steal when you think about it. The Ocelot Stromberg is a Sports Classic car and was the first car in the game to pull double duty like this, so it is an oldie but goodie in the GTA Online world.

This is the Pegassi Ignus’ bigger, flashier brother and comes with a price tag to match. It is also available from Warstock Cache & Carry. It is faster than the Ignus and only dropped into the game in March 2022, making it one of the newer cars in the game. However, the novelty of the car also means that you won’t find it on sale anywhere. It’s either full price or going home empty-handed, we’re afraid.

If you like style, then this is the car for you. The Itali RSX is a Sports Car that you can get from The Music Locker. It first appeared in the game back in December 2022 as part of the Cayo Perico Heist. It is quick and stylish, but you can pick it up at just under $2.6 million if you wait for a sale, giving you plenty more money to spend on other, less demanding toys.

This Super Car seems to be inspired by the Mach 5 of Speed Racer fame, both in its design and with its rocket booster on the back. True to its inspiration, this is one of the fastest vehicles in the game and will get you either out of or into trouble quicker than any other car on this list. If you need to get somewhere in a hurry, visit Warstock Cache & Carry and be ready to drop a hefty sum for the pleasure.

This Sports Classic Car comes with some very cool perks for the price. It has a rocket booster for extra speed and can transform into a submarine for an aquatic-based getaway. However, the coolest thing about this car is that it has unlimited torpedoes, allowing you to cause untold devastation as you flee. You can get it from Warstock Cache & Carry.

If you want a car inspired by but legally distinct from the Batmobile in GTA Online, we have some good news. The Vigilante is obviously inspired by the Dark Knight’s classic car, particularly from the Tim Burton film era. It is big and loud and makes an obvious statement when it rounds the corner. This might not be the fastest or the most expensive car in GTA Online, but it is definitely the coolest.

This Super Car was added to GTA Online as part of the Import/Export update in December 2016, so it is one of the oldest cars on this list, which is good because it means that you can get it for a sale price of just $2.88 million. That’s a hefty discount that you can pick up by doing a few missions for Warstock Cache & Carry. Well worth the effort if you need to get this fast and stylish car into your inventory and have some time to spare.

That isn’t a typo; there is a large jump in price from the previous entry on this list. For just under $5 million, you can be the proud owner of the Imponte Deluxo. This Sports Classic car can be purchased from Warstock Cache & Carry. Inspired by the DeLorean of Back to the Future fame, this car is pricy but compact. However, the coolest thing here is that, like Doc Brown’s famous car, it doesn’t need roads. With the push of a button, it can switch to hover mode and make an aerial getaway. Great Scott!

The most expensive car in GTA Online is the Imponte Ruiner 2000. This Muscle Car isn’t as fast as many other cars on this list, but it isn’t always about speed. Sometimes it is about making a statement, and sometimes that statement is that you can spend more than half a billion dollars on a single vehicle. It comes from Warstock Cache & Carry and makes up for its lack of speed with an increased weapon and missile capacity. If you can afford it, this is a car for making a big bang as you enter a scene.