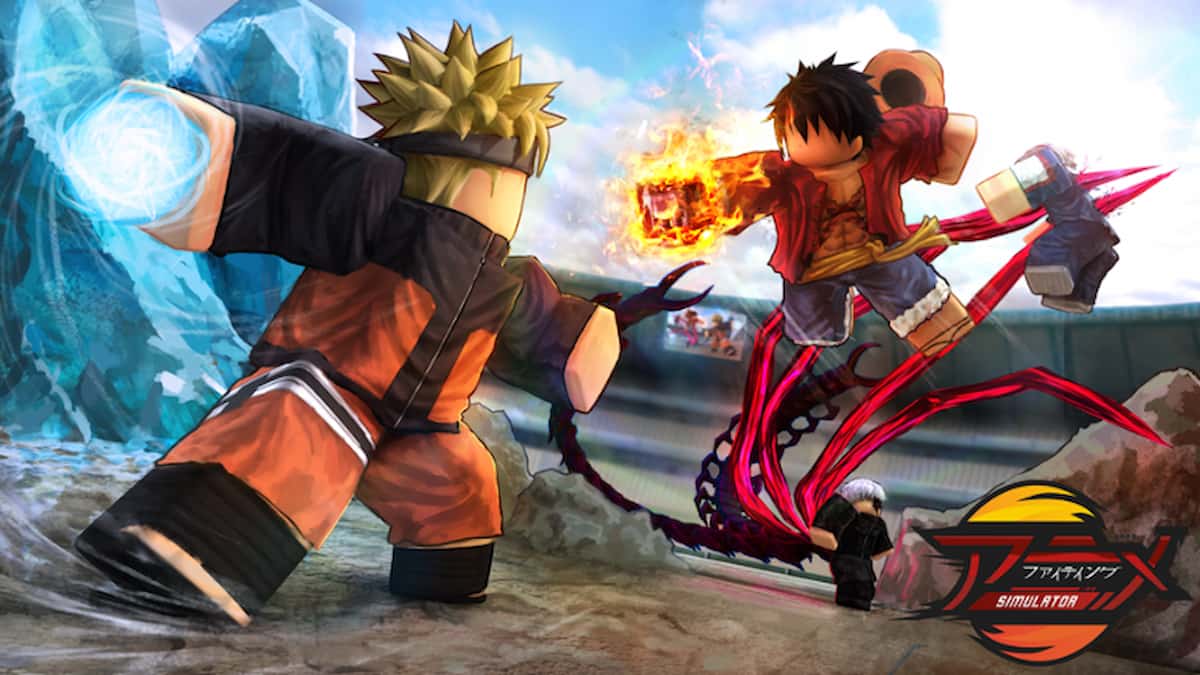 It’s impossible to know how many Roblox games are out there. However, it is quite easy to look at and find the most popular games out there. There are many statistics that decide if a Roblox game is popular or not and this time we are going to go by active players. Here are the 10 most popular Roblox games, all ranked by their respective player count.

Anime games seem to attract a lot of players, as expected since they have amazing fandoms. There is nothing more entertaining than playing as your favorite anime protagonists to fight and defeat the epic antagonists from series such as Hunter x Hunter, Naruto, Dragon Ball, and so on. Anime Adventures is a Roblox tower defense game that involves players fighting classic anime villains by using various heroes to win. These heroes can be gained through a Gacha mechanic with gems that players can get through the many game modes Anime Adventure presents. You can easily see why the player count is so high for this fun Roblox game.

Roblox’s version of Among Us, Murder Mystery 2 is a great game with a high player count that allows you and another 11 players to come together and find out who the killer is. The game is actually based on a Garry’s Mod game (Murder) in which there is a sheriff, a killer, and 10 innocent participants. The sheriff has a gun and can use it to kill the murderer (or die by killing an innocent), and the killer has a knife that they have to use to eliminate everyone. There are also loot box mechanics that can let you use personalized knives, guns, and even pets!

The developers of Livetopia managed to create what Meta hasn’t been able to: a beautiful, livable world where you can live a second life. The world of Livetopia looks and feels amazing, and the players wholeheartedly agree. You can choose what career you would like, live in whatever house you prefer, drive any car or boat that suits your fancy, and also get a pet to follow you along. However, never forget that this is a roleplaying game and that most players take this seriously. So, if you’d like a Roblox game where you only control one character’s life and get to explore a beautiful world, Livetopia and its large community is waiting for you.

Five Nights at Freddy’s (FNAF) is one of the most impactful and influential horror games of our era. It is no surprise that a similar game would appear in the Roblox sphere, and that spiritual successor is Rainbow Friends. It has similar mechanics in the fact that the events happen during five nights and that players have to fulfill several tasks during this time to win while hunted by friendly-looking monsters. These goofy creatures will follow you around as you try to fulfill your missions and will hit you with many jumpscares.

With gameplay similar to the classic horror game Amnesia, Doors is a beautiful mystery, horror Roblox game that will get players exploring a hotel by going through various… doors. The game is very impressive in terms of graphics and will provide most players with an amazing experience. The fun part is that you can explore along with a maximum of three other players, making this experience very entertaining. With around 70 thousand active players and over 400 million visits, Doors is the second most popular horror Roblox game.

Minecraft with an interesting twist! BedWars is a fun team strategy game where players have to work together to defeat their enemies by destroying their beds. The game is based on a respawn mechanic that lets the players get back up once they are killed in their beds. To properly defeat an enemy, you have to destroy their bed, hence the name of the game, BedWars. This Roblox game is a great action game with similar mechanics to Minecraft and, as seen by the player count, is loved by the fans.

Evade is the most popular Roblox horror game, with the largest active player count of them all. It is inspired by the Nextbot Chase Garry’s Mod game and it involves players scouring maps and completing tasks as Nextbots follow them around. The game is very much like Rainbow Friends, the only difference being the maps and the number of monsters that follow the players around. The Nextbots are the best part of the game, as there are too many variations of them. These flying PNGs are popular characters such as Better Call Saul‘s Saul Goodman, The Incredibles‘ Mr. Incredible, and popular YouTuber Jerma.

There is nothing more fun than roleplaying as a baby or as a parent of a very needy child. Adopt Me! is a fun RPG in which players take the role of either a baby or a parent and just have to take care of the children in the game. Gamers can form extended families, buy houses and mansions, and adopt not only other babies but pets as well. The game is getting regularly updated with new content and players are getting new things to experiment with every day. You can see the appeal of Adopt Me! and why the player count is so high for this one.

As the second biggest Roblox game, Brookhaven is surprisingly simplistic in its gameplay. It is a roleplaying game, similar to the GTA V roleplaying servers, where you can just walk around and get houses and cars, and also talk to people. Weirdly enough, this game does not offer much else. On the other hand, the player count is massive, as active players fluctuate from 100k to 400k all the time. Even though the game is so big, there is a lot of criticism surrounding the game, as most consider this more of a “dating” game rather than a roleplaying one, and some have stated that the game is too simplistic and “cheap” compared to other high-effort Roblox games.

Blox Fruits is the most popular Roblox game at the moment, getting hundreds of thousands of daily players with ease. It is heavily inspired by the incredibly popular manga and anime One Piece and it involves players gathering the mighty Blox Fruits and using them to defeat great enemies. The game is very entertaining, however, it is renowned for its aggressive and toxic community. The veteran players say that, on the other hand, this toxic community is exactly why this game has prospered and been so popular for so long.