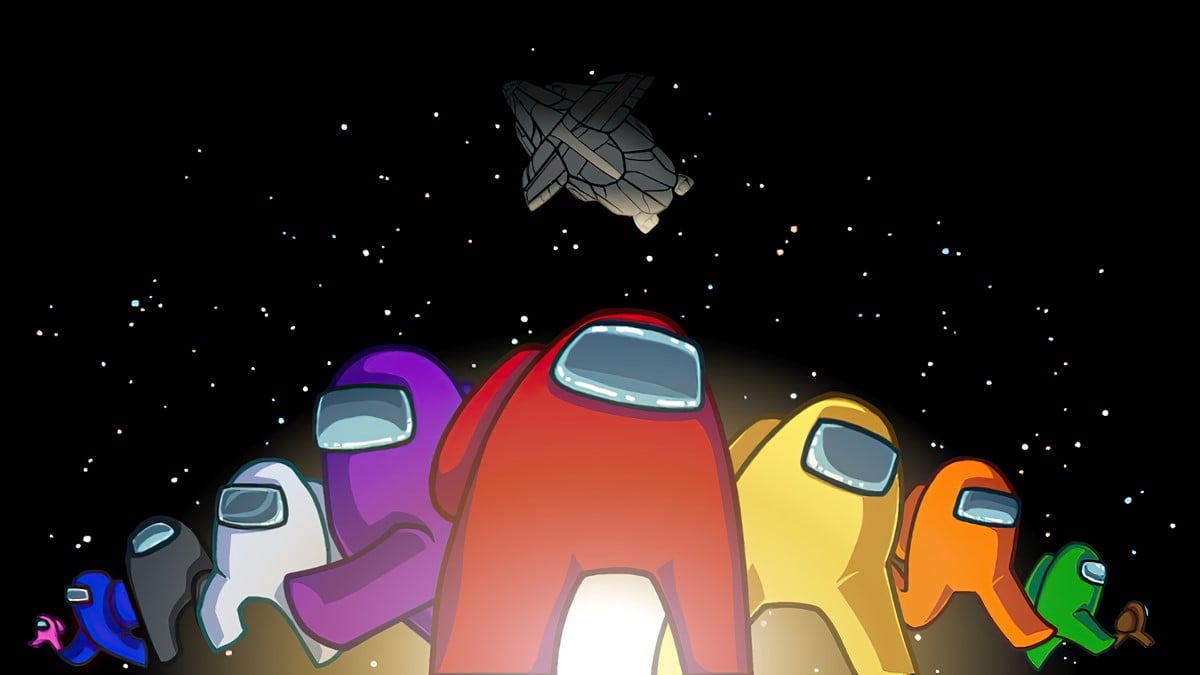 While Among Us has been out for around two years now, the recent surge in players has brought the game from a small indie title to the developer’s biggest hit. Now that Among Us has millions of new players, many want to show their love for it outside of the game. Here are the 10 best official and unofficial wallpapers for Among Us on PC and mobile.

Among Us original promo

The original promo art that Innersloth made for the game’s release is an oldie but a goodie. It looks great as an official wallpaper.

This incredible fanart by Nomski23 features the Among Us crew line-up in a more realistic style, depicting orange and cyan as blood-covered imposters.

There is also an HD wallpaper promo art that doesn’t show a logo. The wallpaper is great if you like the style of the promo art, but it’s a little too busy for you with a logo.

This spooky official wallpaper is perfect for the fall season, featuring the Among Us crew in Halloween-themed hats. Just be aware there will be more tricks than treats.

While most of the wallpapers out there are either generic to the map theme, or take on more of an alternate universe feel, this wallpaper is all about the third map in the game, Polis.

If we included a fall-themed wallpaper, we had to include this winter-themed wallpaper too. This was a holiday promotion from back when the game was first released, but looks just as good in 2020.

The last official promo image on the list is this hilarious image that encapsulates the feeling of playing the game so well. Red is accusing white, even when the dead all know it’s red.

This wallpaper takes bits and pieces of official art and fits them into a wallpaper designed for mobile phones.

You are a crewmate (mobile)

One Reddit user has made a cute wallpaper of the red crewmate for phone and offered to make custom edits for people of their preferred color, hat, or other cosmestics.

The last wallpaper is optimized for iPad or tablet and shows the Among Us crew all floating around in space. Guess they got ejected.