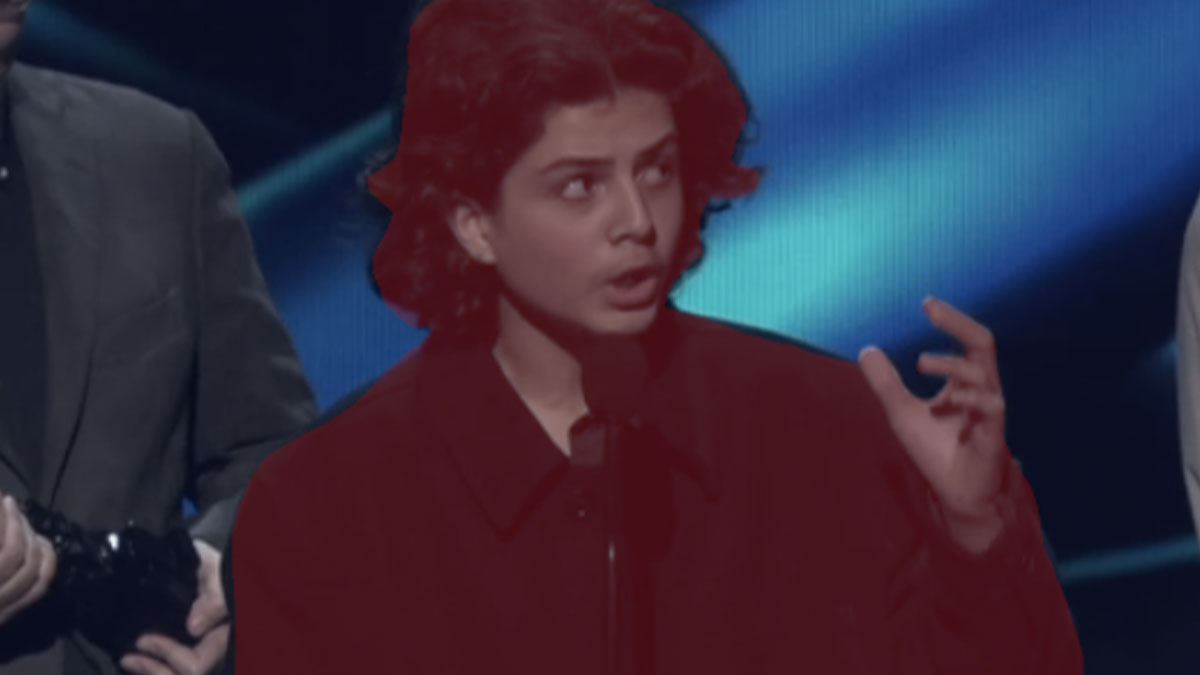 The Game Awards is a carefully structured show, but that doesn’t mean things always go off without a hitch. This year, one of the most surprising moments occurred right at the end of the broadcast.

As FromSoftware staff took the stage to accept the Game of the Year award for Elden Ring, they were shadowed by a teen who managed to sneak all the way up on stage. The kid then said some strange stuff about “rabbi Bill Clinton,” and internet history was made. Countless memes have been made about him already, and we’ve rounded up the best ones here.

Related: The 10 best and funniest moments that made The Game Awards 2022 worth it

Most of the memes on this list are PhotoShops or quick jokes, but @Arestame_Akreid put together a full-blown Elden Ring mod that actually sends Bill Clinton to the Lands Between. The ‘President of the United States to Elden Lord’ pipeline is a rough one.

The interruption was so strange that it probably felt like something straight out of a cartoon. @CooliSushi made that happen, animating the incident for everyone to enjoy once again.

This quickie from @quegiovanne is simple but hilarious. Bill Clinton got a shout-out when Elden Ring took the top prize, and now his face graces the game’s cover art.

This self-deprecating joke from streamer @breebunn is also simple but effective. It reminds us of another classic meme — the one where Jason Momoa sneaks up on Henry Cavill.

@ScrewyClassic‘s joke was so good we had to make it the header image of this whole article. Dark Spirit invasions are a common occurrence all across the Soulsborne series, and thanks to Bill Clinton Kid’s interjection, we’ve now seen one in real life.

Usually fanart is reserved for things like new Pokémon reveals, but @annpersant gave us this great doodle of our interrupter. Stylistically, it almost looks like someone you’d see in a point-and-click adventure game.

From Around the Brick Wall

It wasn’t Bill Clinton himself who sneaked up on stage, but @TheNCSmaster made this meme as if it actually were. Watching an individual creeping around a corner with a still Clinton face plastered on is a great goof.

Bill Clinton Kid was waiting in the wings during the whole show, until he seized his moment. @Venommoe imagined what the kid could’ve been thinking as he started walking toward the stage. Shattering the Elden Ring sounds about right.

Whether it’s an award show or a convention, there are always brazen fans who will speak their mind. @CrimsonRobin_ remembered when Blizzard got grilled by a red shirt wearer about Diablo Immortal and drew a comical comparison. Laying it over the Sonic Adventure 2 story screen is a nice touch.

Elden Ring took the top prize, but what if it had been God of War Ragnarok? That’s the question @LloydisThere asked, and in their mind, the end result would’ve been Kratos actor Christopher Judge giving the kid what-for once they were offstage.