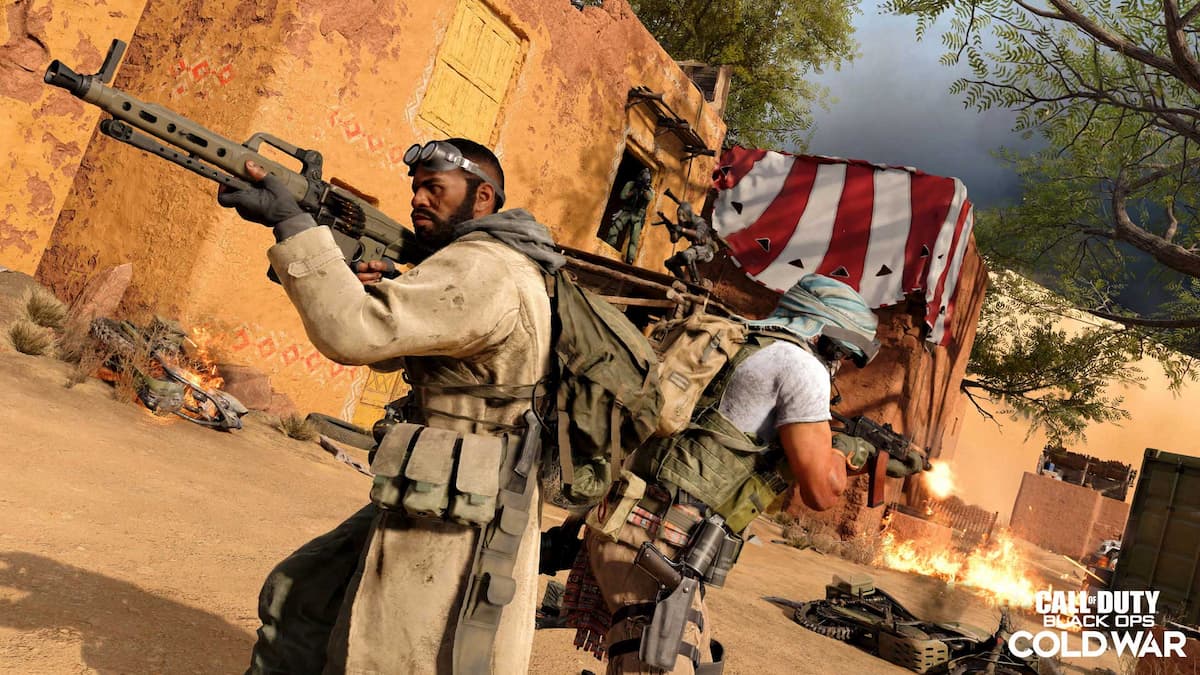 The MG 82 can be a powerful LMG in Call of Duty: Black Ops Cold War multiplayer games and Warzone matches. You’re going to fire this weapon quite a bit during most battles, which means it’s going to be heavily ammunition-deprived, and that can lead to your downfall if you’re not paying attention. We highly recommend finding a suitable backup weapon to use instead of reloading, and you’re going to feel a lot more comfortable with this gun. To ensure you’re getting the most use out of the MG 82, we’ve broken down the best attachments and the best loadout to have with it when you’re battling other players in large multiplayer matches or when you are landing into a Warzone battle royale fire.

The best MG 82 build and loadout

These are the best attachments you want to place on the MG 82.

You have plenty of options to pick from, but we believe this will be your best course of action. We’re going with the standard suppressor because the others will restrain the weapon’s mobility and make it harder to control. You want to bring it up more quickly to lay down heavy fire against any running enemy. The standard option is ideal for the MG 82. Next, we have the barrel, the 16.4″ Task Force, which will improve the vertical recoil control and increase the effective damage range. For an LMG, that’s exactly what we want, and the 16.4″ does that the best of the many choices.

For the optics, you want to make sure you include the Axial Arms 3x. The MG 82 is not a sniper rifle, but you’re going to be able to pick out a running target from a decent distance away, and they might be easier to find in the bushes. When you’re considering the ammunition upgrade, the 125 Rnd Speed Mag will be extremely helpful. The final upgrade we’re going to recommend is the Serpent Wrap, it’s going to increase your aim down sight time, and you’re going to be using that quite a bit when using this weapon.

The last thing we’re going to discuss is an ideal loadout. We’re going to recommend making sure to have a second primary weapon in your loadout to use against your enemies. The perks you want to use our Double Time, Overkill, and Amped. With Overkill, you can carry a second primary weapon, which should be an assault rifle that you feel comfortable with. When it comes to lethal ordnance, you want to go with semtex, and for the tactical option, go with the stun grenade.

We feel you’ll be able to dominate most matches when playing against other players using an MG 82 with those attachments and the recommended loadout.