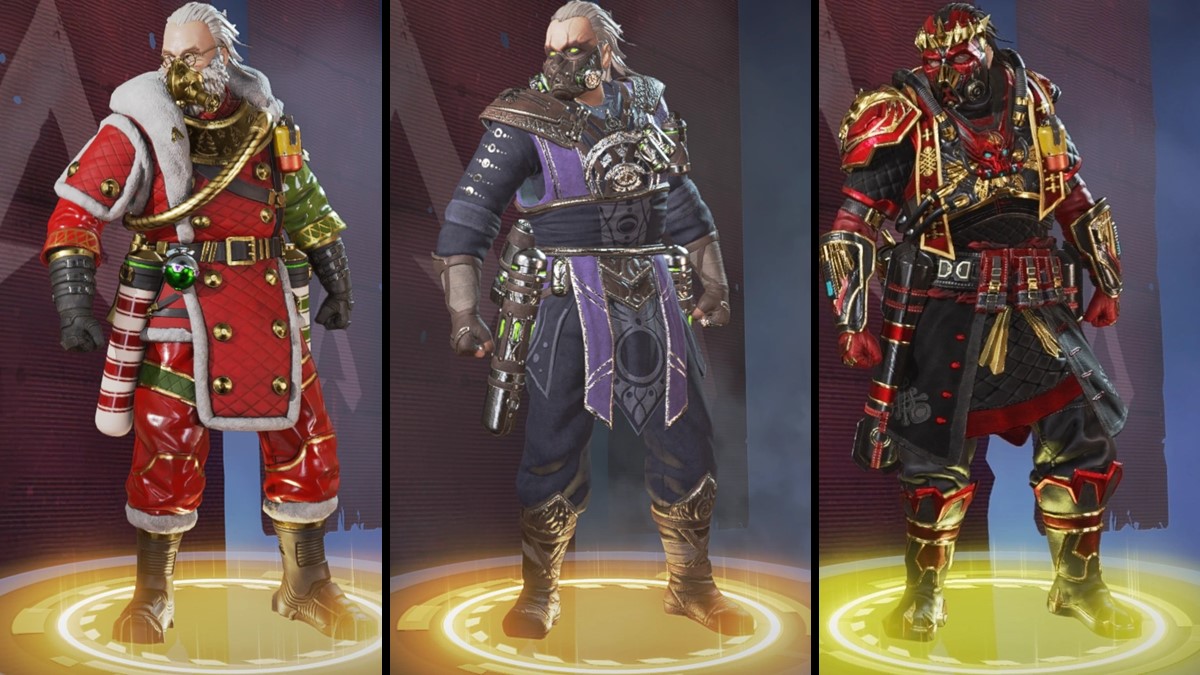 Alexander “Caustic” Nox is a mad scientist with bit kill count and little care for human lives. While he came into the story as a villain-type, he has softened up a little of the course of the story, and at times even been a father-like figure to one of the younger Legends, Wattson. Caustic is a multi-layered character and has some very cool outfits. Let’s take a look at Caustic’s ten best skins.

The reflective visor was a nice touch on this skin, setting it apart from Caustic’s other rare skins.

Caustic looks good in orange, and this skin has an OG feel since it’s from the Legendary Hunt event.

This is Caustic’s best epic skin; the pattern looks great on him.

The purple hair is really the main thing that makes this skin stand out.

This recolor is a peak evil clown. Messy, super menacing, and creepy to boot.

This basic Legendary skin has a great color scheme, and the blindfold is very cool.

This is the only skin where Caustic looks soft. He looks like a nice older man; it’s off-putting but magical.

This recolor from the anniversary event is stunning on caustic. The gold and red combo look great.

All of Caustic’s other skins can step aside and make way for the emperor. This skin is so incredible. The purple and deep grey robe. The ornate nature of his accessories. The mystical incorporation of the green glow in his toxins and in his eyes. The white hair. The marred face. We can’t find a single flaw in this skin. Caustic looks like he is a mercenary or the main antagonist of a fantasy series. We would kill (in Apex Legends, of course) to see a recolor or two of this bad boy.