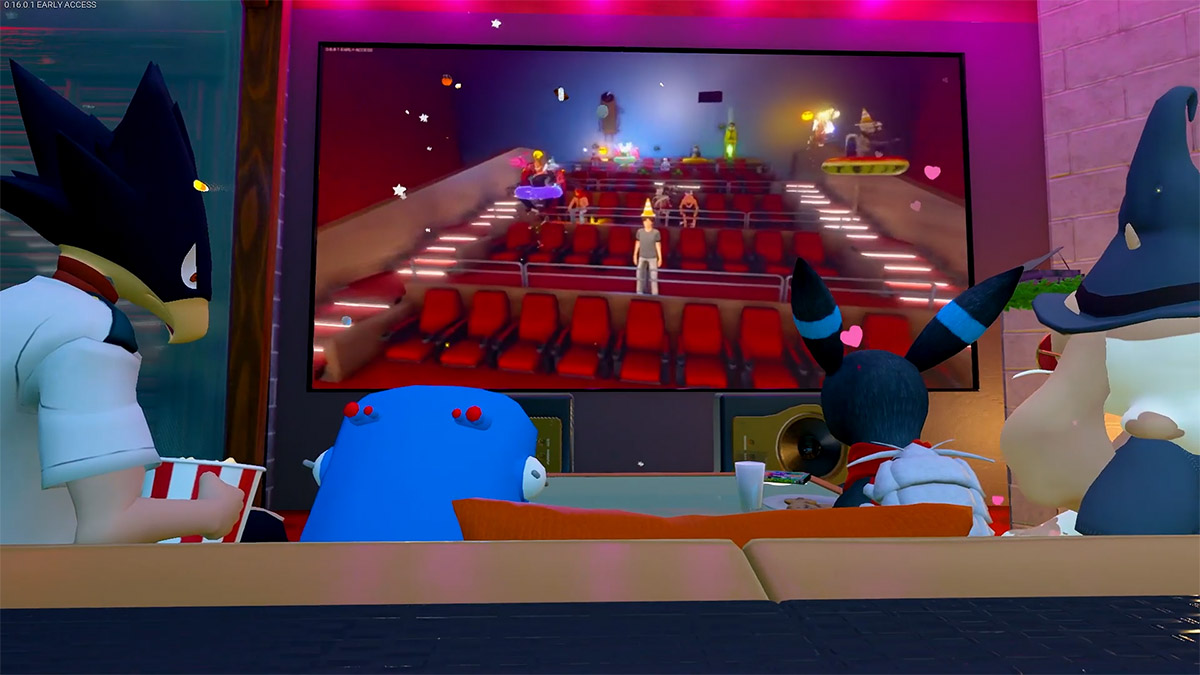 The GMod Tower has spun into its own successful game, Tower Unite, where user preference reigns supreme. Standing strong on its promise of ‘No Microtransactions’ since 2016 when it entered Steam’s Early Access program, Tower Unite feels like what PlayStation Home could have been, if it wasn’t built with the idea of microtransactions. Players can decorate their condos (which has a surprising variety), watch YouTube in the theatre with others, and play a wide gamut of games until their fingers go numb. They can also select their user skin on a whim, with a massive repository available thanks to the Steam Workshop. Here are the ten best skins for Tower Unite.

How to equip new skins in Tower Unite

Equipping new skins is a cinch in Tower Unite. While outside of a game or experience, simply:

The change is instant, and it doesn’t cost anything to change your appearance as often as you want. To apply one of our selected looks, copy and paste the title of the look directly into the Steam Workshop browser in-game, then apply it to your character.

Maybe you’re down on your luck in the Casino, or the Arcade simply isn’t spitting the tickets you need for the next sweet ride. Let everyone know your agony with this 3D modeled Isaac from the hit roguelike franchise Binding of Isaac, complete with tear stains. Mommy issues come separately, though.

Everyone’s favorite relaxed member of the original Scooby Doo vibes rather well in the world of Tower Unite. Where the focus is making friends and having fun, Shaggy Rogers fits right in. With the success of the Sherlock titles, where players need to decipher complex mysteries, a reinvention of Scooby Doo in the video game world seems ripe.

What better way to let everyone around you know that you’re a complete mess than walking and talking as a giant Error message? True to the title, this Error is what modders see in the Source Engine when there has been a mistake in rendering or sprite naming. It’s also what your friends can see when you invite everyone to the tenth game of Texas Hold’em, which might take some of the sting away.

The new-age Doomguy might not fit too well in Tower Unite, what with all the ripping and tearing, but this pixel work brings a whole new level to letting others know you’re a gaming OG. The model unfortunately doesn’t walk with the pixel goodness that fans may come to expect, but that doesn’t matter much when you’re taking names as a pool shark in the Arcade upper levels. Demons already fear Doomguy — maybe it’s time to spread the horror?

The Tower Unite skin Pepe the Frog walks a fine line between cursed and hilarious, but it works as the meme straddles similar territory. Just do everyone a favor, and stop saying it ‘Feels bad man’ when you bust in Blackjack.

Ah man, here we go again — Carl Johnson has been faithfully replicated and brought into the world of Tower Unite for…reasons. It’s worth noting that this CJ skin comes from the original Grand Theft Auto San Andreas, rather than the remastered version. This fully animated CJ skin works well with accessories such as the Cowboy Hat, but there’s not much advancement that can be done on one of the best characters in GTA to ever grace the franchise. Watch out for those Ballas, though.

Yes, it’s the same Todd Howard of Bethesda. The real joy experienced by playing with this skin in Tower Unite is the ability to do the same thing over, and over, and over again, all the while pretending it’s something new and unique. Ideal for those that can’t get enough of the slot machines within the Tower Unite Casino — yes, we can see your ten-hour binges.

While many of the proposed skins are humorous and interesting, this one takes high marks simply for being ported so obscenely well. Twilight Princess is well-beloved by fans of the Legend of Zelda franchise for its grittier take on a world, close to Majora’s Mask, and the rendering simply looks great in Tower Unite.

Play as the classic Solid Snake without needing to worry about switching controller ports halfway through a boss fight. This fully animated skin has all of the charm of Solid Snake from the original Metal Gear Solid, before Snake started going through strange iterations with Kojima’s now-trademarked oddities running amok in the background.

Sure, circle-strafing in Laser Tag is going to be a bit harder when your two directions are forwards and backwards, but you’re a car. Just run them over. The collisions of the Initial D Toyota AE86 may be a bit wonky while playing games such as pool, you can take comfort in the fact that you’re safely ensconced in a hybrid of steel and plastic. Or maybe you are the car? You scream, for you do not know.