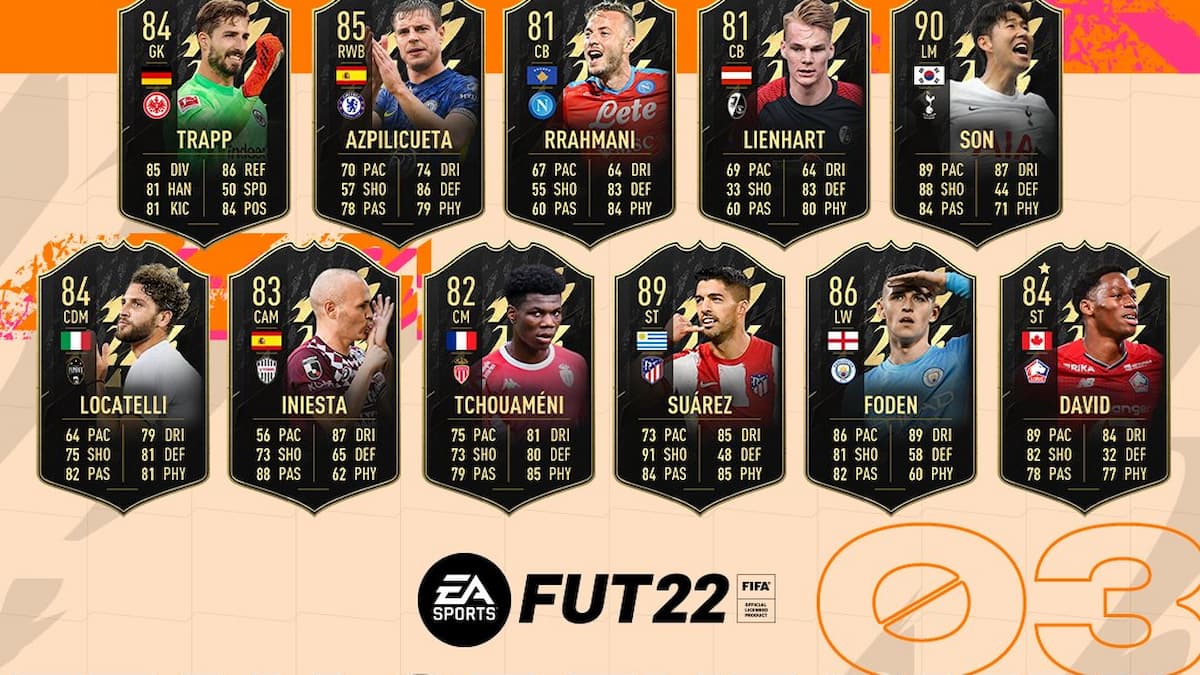 FIFA 22 officially launched on October 1, and five days later, the first Team of the Week went live. The Football Ultimate Team (FUT) Team of the Week highlights the best football players from around the world from the previous week. EA Sports will add upgraded, inform player items of these players into FUT. So, which players made it this week? Let’s take a look.

The third Team of the Week is a star-studded one, as it includes football superstars Luis Suarez and Heung Min Son. Son, who received a 90 OVR Team of the Week item, received a +1 upgrade from his base version. Additionally, this Team of the Week also has several young sensations, including Manchester City attacker Phil Foden, LOSC striker Jonathan David, and AC Milan midfielder Sandro Tonali. Meanwhile, two Ones to Watch players received informed, so Anderson Talisca and Manuel Locatelli will be upgraded if you have their OTW cards.

Here’s a look at the full Team of the Week for October 6:

This Team of the Week will be live in packs until October 13.