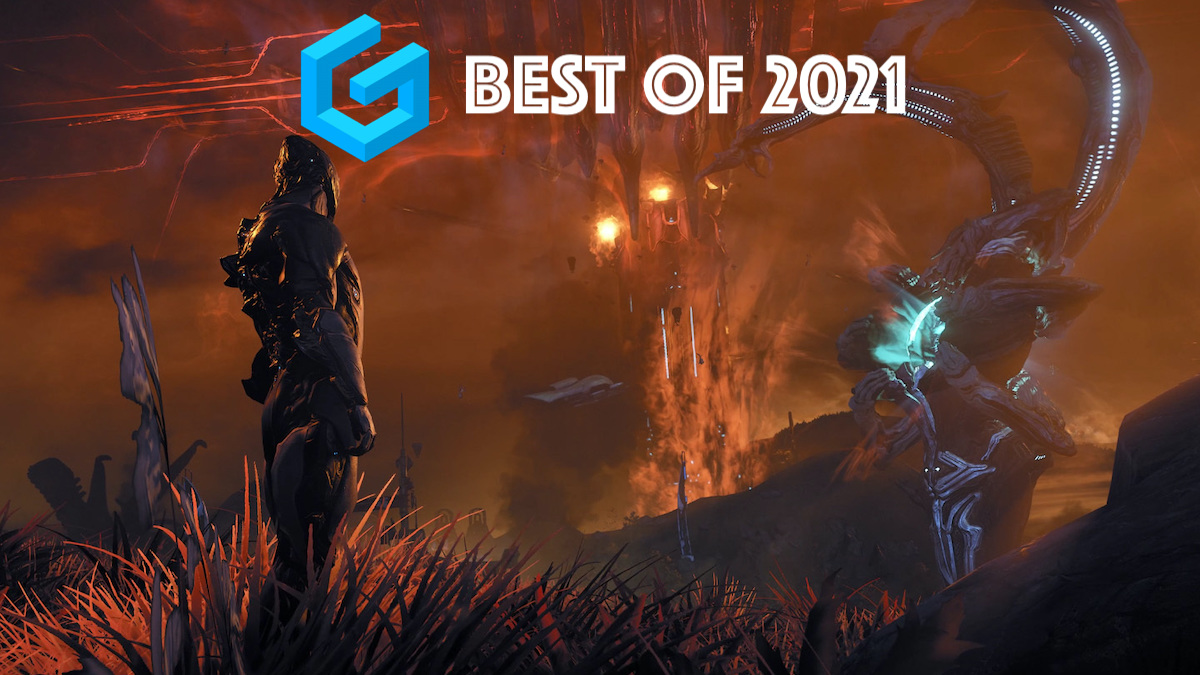 It’s been something of a rocky year for gaming. The ongoing pandemic made it tough to keep content flowing and games releasing on time, while many major companies were caught up in a quagmire of their own making. Exposes about toxic workplaces, sexual harassment, and bullying continued to cast shadows across studios like Ubisoft, Riot Games, Blizzard, and Bungie.

That said, many studios and development teams made it through the year without public scrutiny. They, at the very least, appeared to have good work practices and customer support. In discussing our favorite developer of the year, we settled on a studio that managed to maintain a live service game in the face of the pandemic, was still able to ship numerous updates despite working from home, and was also able to admit when mistakes had been made and fixed them with panache.

Gamepur’s Best developer of 2021 is Digital Extremes, developers of Warframe.

Digital Extremes opened 2021 by reworking Warframe’s Railjack, making it more accessible and more enjoyable for new players. They also introduced a complete rebalance of all Railjack abilities to make the meta a bit more malleable. Later in the year, they would build on this rebalancing with the Call of the Tempestarii release, bringing new story quests and expanded Railjack content to the game. Call of the Tempestarii was another solid step in making Railjack feel like a real part of the Warframe universe rather than just a fun mode in the game. It also introduced a new Warframe, allowing players to jump into the skin of the ethereal assassin Sevagoth.

Later in the year, the Sisters of Parvos update brought another new Warframe to the game, Yareli, while also expanding on the game’s Lich system that gives players their very own personalized bosses to fight. All these updates also introduced new weapons or mods, rebalanced core systems, and introduced other changes and fixes.

During the year, we also got new Prime Warframes, as Octavia Prime, Gara Prime, and Nidus Prime all made their way to the game. Keeping a live service game up and running is a stretch for any team in ideal conditions, but producing this level of content during work-from-home conditions is incredible.

To top it all off, the team released The New War, the game’s most significant story expansion in years, using it as a huge moment to close our successful 2021. The New War tied up narrative threads that have been weaving their way through Warframe for close to a decade and introduced new playable characters to the game for the first time ever.

However, what really stands out was a mistake that Digital Extremes made and how quickly they fixed it. In an attempt to allow players to get easier access to rare and vaulted Prime gear, the game’s most powerful items, they introduced the new Prime Resurgence. This involved the introduction of a new premium currency, something that is always a challenging venture in a free-to-play game.

Players felt that the way the new currency was introduced was not entirely fair and that it was a bad value proposition. This sentiment quickly swept through the community. The heart of the problem was that previously, players could directly buy accessories with real-world money. This would also give them Platinum, the older premium currency that they could spend on whatever they liked. The new Regal Aya currency granted instant access to these accessories without the additional Platinum.

Digital Extremes acted quickly, resolving the problem in less than 24 hours and ensuring anyone who had already spent money on the new currency got the appropriate value in the older currency as well. It was a fantastic example of how much the community matters to Digital Extremes. In an industry where competing games seem to be sliding more and more into the realm of unfair pricing practices, it’s great to see Digital Extremes listening to the concerns of their players and acting so quickly.