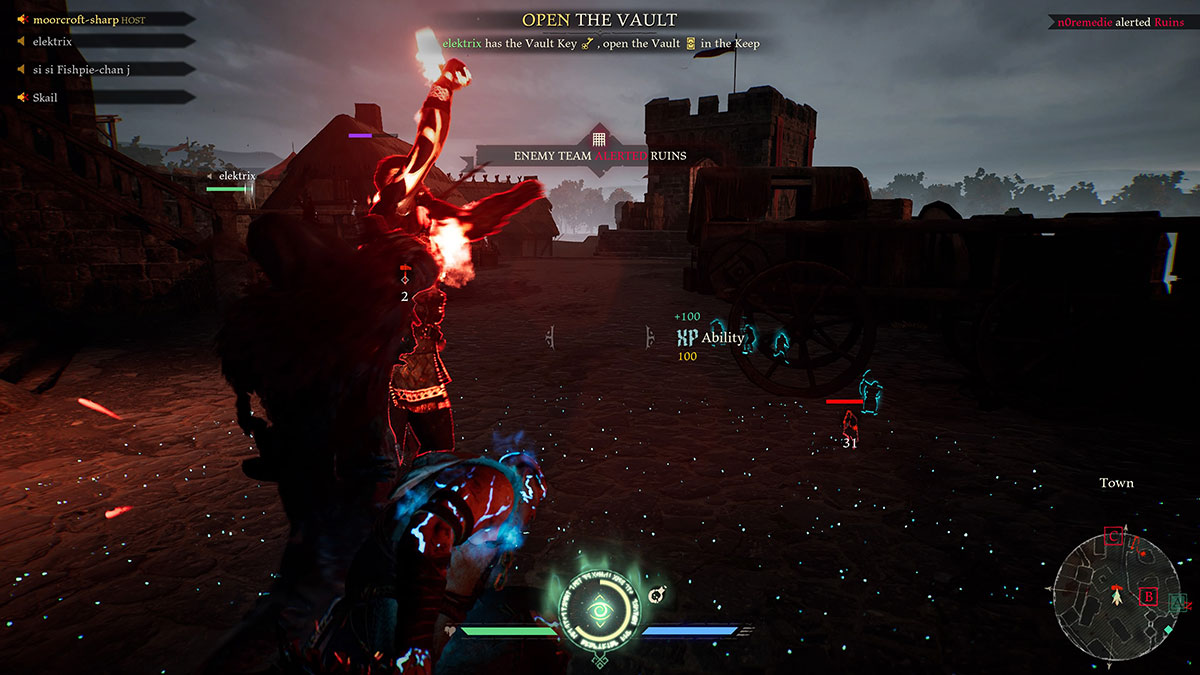 Hood: Outlaws & Legends is full of weapons and costumes to purchase, skills and perks to unlock, an entire hideout to level up, and a vast collection of missions (linked to achievements/trophies) to complete. This guide offers you some tips and tricks for completing “Lord of Light,” a mission for Tooke, the Mystic class character. First things first, let’s look at what you need to do for this mission.

How to complete Lord of Light in Hood: Outlaws & Legends

To complete this mission, you need to use Tooke’s ability to heal 500 HP in a single use. This ability is called “Instinct,” and sees Tooke kneel and blast out magical energy. This reveals nearby enemies and heals any teammates caught in the area of effect to full health. That healing aspect is how you’ll complete this mission, but it’s not as easy as you might think. To heal 500 HP in a single burst, you’ll need to heal multiple teammates from near death in the heat of battle. We’ve put together some tips below to help you achieve this.

The most important tip we have for you is to save your ability until you think you have a shot at completing “Lord of Light.” If you’re trying to complete it and you’ve used the ability too early, possibly to stay alive for longer, you’ll miss out when an opportunity presents itself to heal multiple allies. Charge your ability quickly by getting kills and assassinations, but stow it until it’s useful to your allies, not just you.

Look for the battles

Most matches in Hood: Outlaws & Legends have a mid-point when the Brawlers are fighting it out, and everyone else is piling in whilst vying for control over the key. This is a fantastic chance for you to heal multiple allies and turn the tide of the battle. Look for allies losing health as you explore the map. If you see someone taking a few hits, run to their aid. However, don’t step in to heal them unless they’re close to another teammate.

Heal at least two players at once

We completed “Lord of Light” whilst healing two other players as they were about to be killed by John. The enemy had used their ability and was smashing our poor teammates. As Tooke, we snuck in as they were desperately flailing at John’s muscular midriff and used our ability. The aura completely healed both allies to full health, and they were able to kill John. Unfortunately, we took an arrow to the neck and had to cower away to avoid dying.

Wait for the Winch

This final tip is the second point in each match that you should wait for if you want to complete “Lord of Light.” Once the Chest has been dumped on the Winch, it’ll require at least one player to be active on it so that the team can earn some gold. Two players on the Winch means more progress, but they’re also far more open to attacks from the enemy team and even the Sheriff.

Wait near your teammates while they’re on the Winch. Once the enemy team comes barging in, trying to stop you from earning anything, run in and heal whoever has been hurt. This is a time in every match that’s tense, and healing can make the difference between your team wiping and having to attack the Winch all over again or holding your position.

By completing “Lord of Light,” you’ll unlock the Sacrifice costume for Tooke in your hideout’s shop. It costs 1,200 gold and makes him look a little like an undead priest.