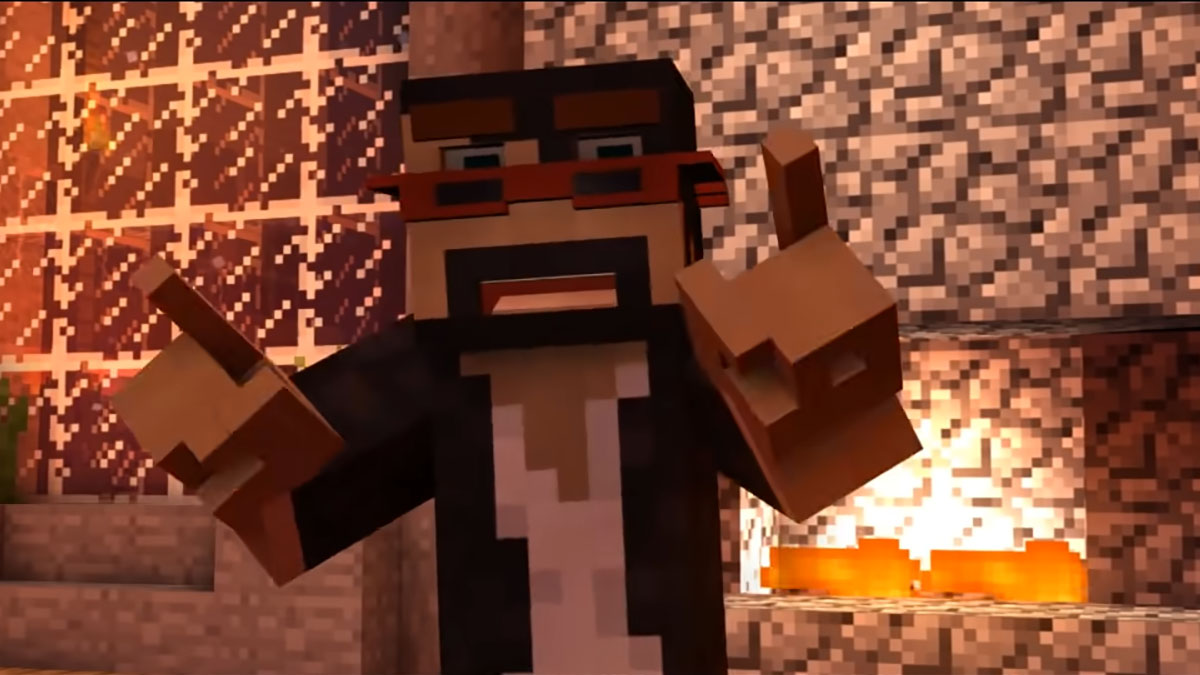 The runaway success of Minecraft is well-known. Thanks to a world where anything can be built, adventure is found just outside your front door, and with tens of thousands of available mods, the world of Minecraft is an endless fountain of creativity and content. Sometimes, however, users will want to sit back and watch what someone else can do in Mojang’s unparalleled sandbox.

Thankfully, the popularity of Minecraft means that there is nearly an endless number of content creators working with the title to bring humor, imagination, and exploration to life. Innumerable YouTube personalities are all competing for your eyes, meaning that sifting through Minecraft YouTubers can be daunting. With that in mind, here’s our list of the top 10 best Minecraft YouTubers.

Sundee explores multiple games, including Among Us, Minecraft, and Fortnite on his YouTube channel. Known for setting up creative roleplay opportunities, such as trying to escape a prison in Minecraft, SSundee also explores multiple mods in his Minecraft YouTube videos. SSundee has been a content creator on YouTube since 2009, and has generated over 12 billion views since then.

Whether modding or running survival challenges, JeromeASF’s channel tends to feature collaborations with other Minecraft YouTubers along with his unique style of content. Videos shift quickly from various player perspectives in the server with him as they adventure together across wild areas. One thing we like about JeromeASF is that he tends to upload frequently, meaning that if there’s ever a content drought, his channel is the oasis.

Minecraft YouTuber aCookieGod specialized in Minecraft builds almost all the time. Many videos that Cookie God uploads has unique builds that can inspire others with imagination and creativity, whether he’s making a custom biome or a Warden prison. One thing we like about Cookie God is that he’s entirely focused on Minecraft, so you when you navigate to his channel, you know precisely what the new uploads are going to contain.

The YouTuber Farzy has been stomping around the net since 2016, but in the comparably short time of six years on the platform, is rapidly approaching 1 million subscribers. The reason Farzy has become so popular is that Farzy seems like he actually enjoys Minecraft, and that pleasure comes through his videos. Whether he’s starting a new hardcore playthrough, polishing a brilliant base design, or just going on a Minecraft adventure, Farzy is the new wave of Minecraft that is reaching beyond the bars set by their predecessors.

On YouTube, Aphmau is a well-known entity within the Minecraft realm. Also known as Jess, Aphmau tends to create kid-centric content, but that doesn’t mean you should dismiss her channel entirely. This creator is an absolute professional when it comes to camera work and framing her videos, resulting in easily-digested content that will spark that inner creativity.

Aphmau is another YouTuber on this list that has an absurd number of views in her past decade on the platform, clocking in at well over 13 billion views total. If you’re looking to explore what pulls views on YouTube, a study on Aphmau’s camera work is in order.

This YouTuber has a simple premise surrounding his channel for the past few months: Minecraft mods. More mods than you realized were in the game. The Atlantic Craft’s YouTube channel has been around for the more than a decade, and the YouTube videos are still coming in fast and fresh from this content creator. If Minecraft has ever felt stale, a brief visit to The Atlantic Craft is all you need for some inspiration and creativity.

Ever wondered if a pig could survive in Minecraft for 100 days? Bronzo’s YouTube channel mixes mods, pre-made maps, and challenges with unique narratives, and the result is absolute gold. There’s never a dull moment when this Minecraft YouTuber uploads a new video — the quick cuts and dialogue keeps viewers transfixed until well after the first video has loaded.

This Minecraft YouTuber is relatively new to the scene: starting in late 2021, Bronzo has already reached well over 1.5 million subscribers with his creativity. Unfortunately, that means that there isn’t a massive backlog of videos to explore, and he isn’t a daily uploader either. Instead, Bronzo focuses on quality over quantity: each uploaded vid is an absolute creative delight.

Yes, that Mr Beast — the eternally popular YouTuber likes to focus on Minecraft with unique takes, a cast of recurring players, and averages weekly uploads. Mr Beast Gaming has uniquely crafted maps for many of his videos, and unique mod spotlights as well. The shaking camera effects can be a bit much for older viewers, but the younger audience continues to adore this popular YouTuber.

DanTDM, also known as ‘Dan The Diamond Minecart’ has been a big player in kid-friendly content on YouTube, and a heft of that content which focuses on Minecraft. A content creator for well over a decade, this British gentleman has an instantly identifiable laugh as he pokes and prods around the internet for fresh content. With over 26 million subscribers, he isn’t beholden to daily uploads, but his newest releases are consistently fresh and unique takes where he interacts with his fans.

Vying for the top spot with DanTDM is Captain Sparklez. Also known as Jordan Maron, the Captain ekes a victory thanks to insanely catchy Minecraft music videos. Jordan Maron has his own mobile gaming company, an apparel line, along with owning a wildly popular YouTube channel focusing on Minecraft. One of the oldest Minecraft-centric gaming channels on YouTube, Captain Sparklez has a hand in forming modern Minecraft YouTube into what it is today.