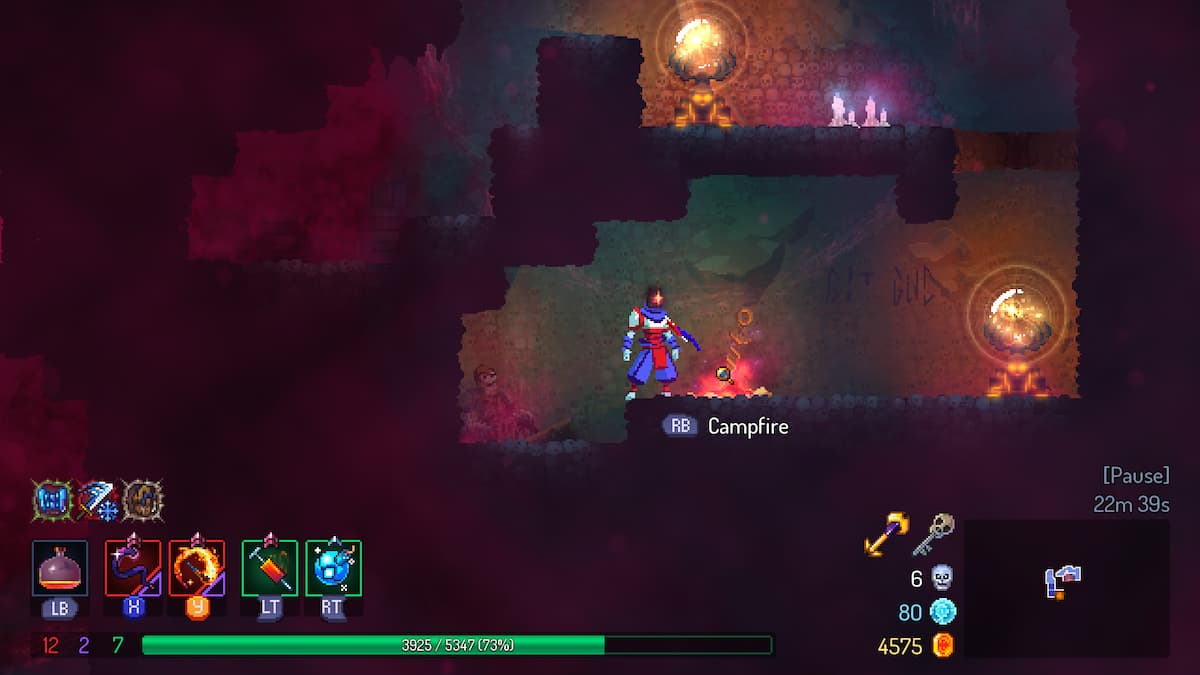 During your trip through the various biomes in Dead Cells, you may come across a secret room containing a campfire. Paying homage to the game Dark Souls, this “bonfire” can be rested at — but when you do, the room begins to shake, and your character says, “Hmm. Something’s changed.” If you’re curious to know what this effect is, look no further: here’s what the campfire changes in Dead Cells.

There are actually three objects in the secret room that should be interacted with — a corpse that gives up a random item and some gold, a message that prominently displays the message “GIT GUD” (a meme from the game Dark Souls, in which players complaining about difficulty would get told to “get good” instead of complaining,) and finally the campfire. While unconfirmed, interacting with all three may increase your chances of getting a bonus effect.

That bonus effect is the spawning of an archer outside of the secret room that drops approximately 50 Cells. There are reports of it not spawning periodically from other players, leading many to believe that you must interact with all three secret room objects to increase your odds. The archer itself is not particularly dangerous — it’s not special or an Elite mob, so you can simply kill it to retrieve your prize.