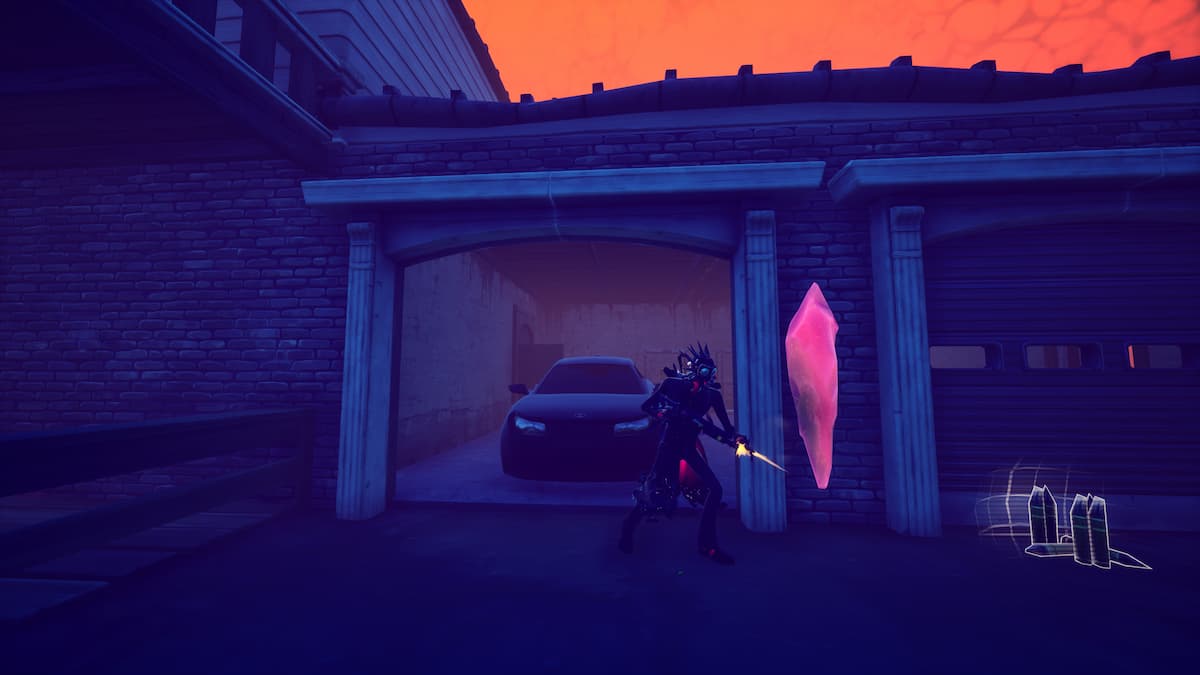 One of the challenges to get your hands on the Cube Queen skin in Fortnite Chapter 2 Season 8 is to survive for five storm circles with a Sideways weapon. To do this, you will first need to find yourself one of these weapons.

All you need to do is grab any weapon, then make your way out of there and survive five different storm circles. If you want to do it all in one game, you may find it better to avoid other players when you can. Remember, there are now three different places to find Sideways chests.

First, at the main Sideways spawn that will appear near a named location at the start of the match. The chests will randomly spawn in this area. You can also make your way to the smaller Sideways encounters that will be marked by orange and purple icons on the map. Finally, if you find the Sideways Boss who randomly appears on the map, you can now find a Sideways chest near him.