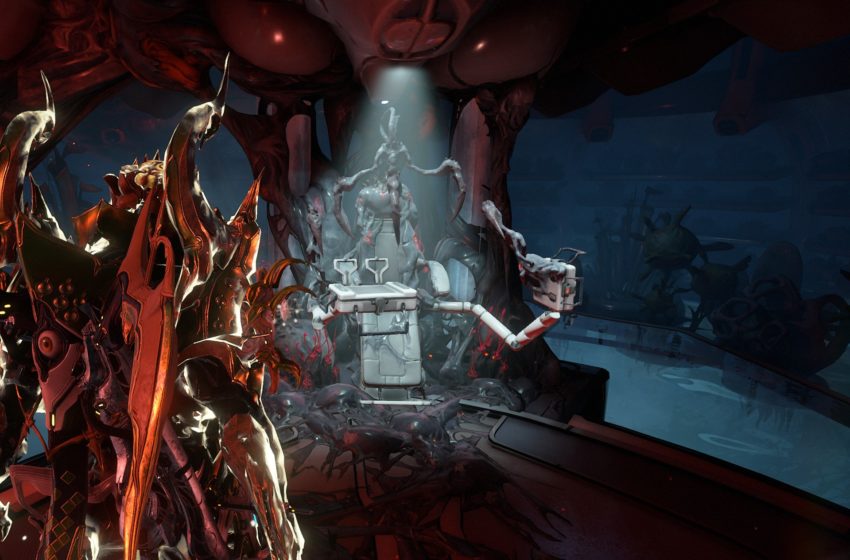 Warframe’s Heart of Deimos expansion will introduce the Helminth Chrysalis System. This will arrive in the game on August 25. While we haven’t managed to go hands-on with it yet, we were able to see a demonstration of the feature thanks to Digital Extremes. In this article, we will run through what we know about the system and update it with any further information that Digital Extremes release.

What is the Helminth Chrysalis System?

The Helminth Chrysalis System will appear in the Infested Room on your Orbiter. You will be able to feed it a Warframe you no longer need. It will draw one of the abilities out of the Warframe, and you can then use the chair to put it in a different Warframe, but will need to sacrifice one of its abilities to make space for the new one.

Can you I pick any ability I want?

No. Only one ability can be drawn from each Warframe, and this is predetermined by the developers. For example, on Mag, the ability you can get is Pull. For a full list of the abilities, you can check our complete guide.

What happens to the Warframe?

It literally gets eaten by the wall in a subsuming process, which takes about 24 hours, and then it is gone. If you really like a Warframe, it will make more sense to farm one up to feed it, especially if you have invested lots of Forma into the one you use.

Can I feed it Prime Warframes?

No, Prime Warframes cannot be fed to the Helminth Chrysalis System.

Do I need resources to do it?

Yes. The Helminth will need to be fed different groupings of resources to be able to transfer powers. The vast majority of these appear to be resources that already exist in the game, so if you have lots of resources that you don’t need, this will be a place to use them.

The Helminth eats the resources, converting them into the specific secretions that it needs. Every resource has been categorized, so whatever you have a lot of will finally come in useful.

Do I need to sacrifice a Warframe each time I want to add a power?

No. Sacrificing the Warframe will draw the power from it, then it will be in the system to use as many times as you like, on as many Warframes as you like.

Is it a permanent change to the Warframe?

You can continue to change the Warframe, but it can only have one power from another Warframe at any one time. You can also make the changes to loadouts, not the base Warframe itself, so you can switch to the classic four abilities at any time.

Am I limited just to Warframe abilities?

The Helminth will possess abilities of its own, which is pretty wild. Digital Extremes have released information on what these will be, but they are subject to change before launch.

That is pretty much everything we know for now, but we will continue to update this article as we learn more and have in-depth guides for you when the game goes live. We think this is a good addition to Warframe, and are very excited to explore it fully.