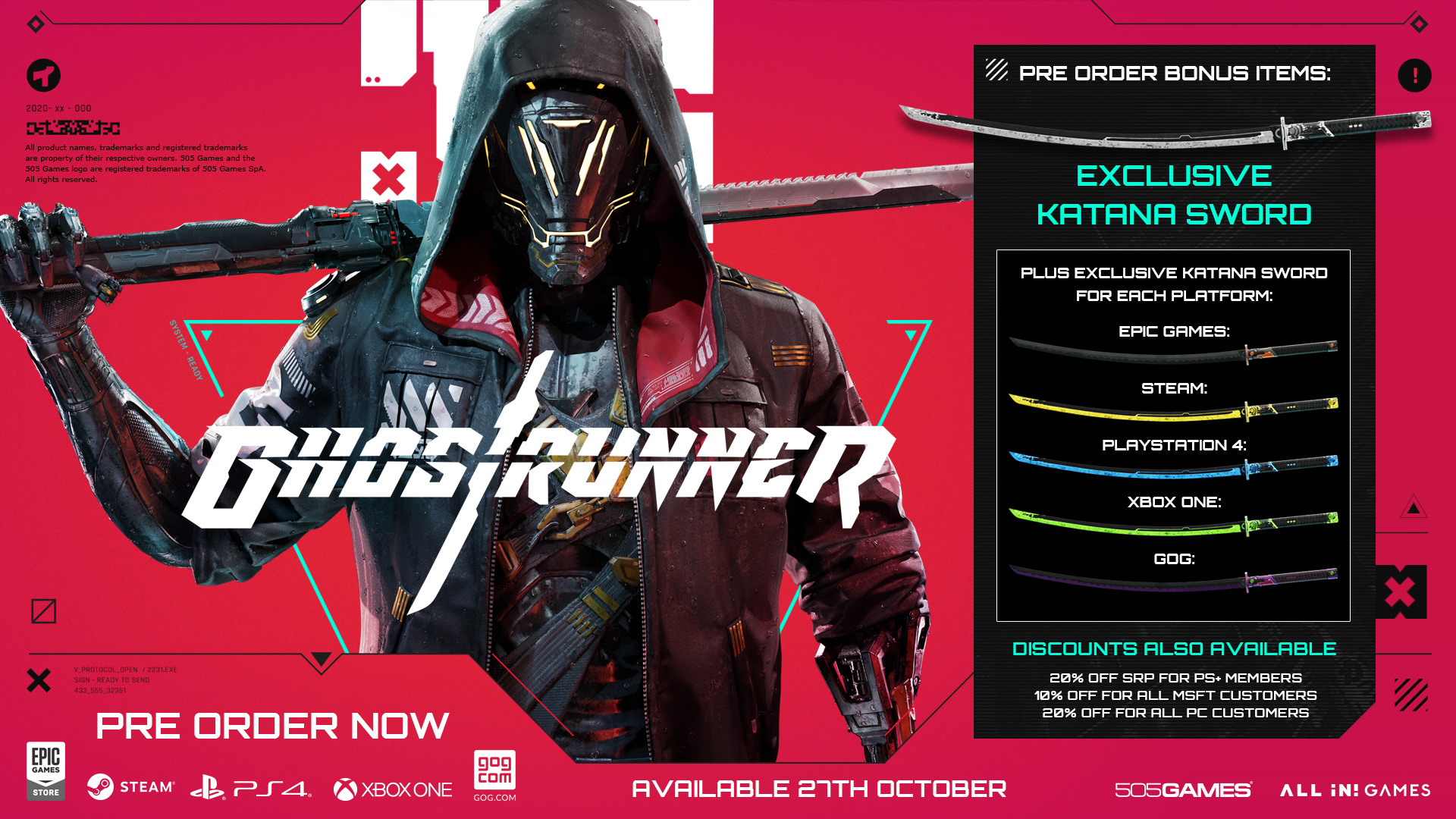 Ghostrunner was announced back at Gamescom 2019 and the game has received a quite good reception from the community during the beta, which took place between May 6 to 13, 2020, on Steam. The game takes inspiration from some popular games such as Superhot and Shadow Warrior and combines them within the cyberpunk genre.

505 Games have finally announced a release date for Ghostrunner. The game will be releasing on October 27, 2020. The game’s demo will be updated as well, and it will be available on Steam from September 29 onwards. Players who pre-order the game get two katanas, one of which is exclusive to that particular platform. Additionally, PC users and PlayStation Plus users will get 20% discount, while Xbox One owners will get 10% discount.

From the looks of it, Ghostrunner seems to be like a game that should do well, keeping in mind the success of games in the Shadow Warrior franchise. As of now, the game is not yet confirmed for next-gen consoles, however, given that it is launching just a couple of weeks before the launch of next-gen consoles, it is likely that it will make its way next-gen consoles pretty soon.