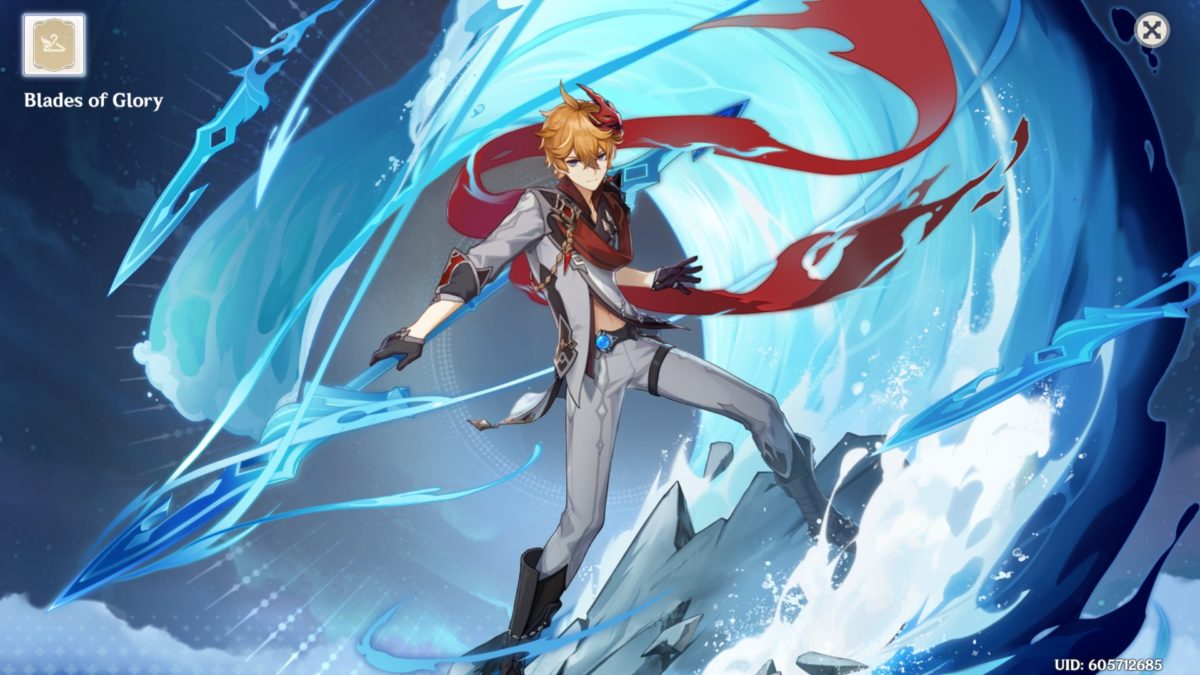 Every character in Genshin Impact has a special birthday that’s celebrated in-game, allowing players to participate in the festivities for their favorite characters. Tartaglia is the devious and first playable Fatui Harbinger, and the closest thing to a playable villain in-game. Tartaglia is a 5-star Hydro character who loves the thrill of the fight and is a generally helpful character who helps you out in your journey despite his antagonistic intentions. It might be difficult to celebrate his birthday considering some of his actions, but here’s when you can do so.

Tartaglia celebrates his birthday on July 20. Like all the other characters in the game, you’ll be greeted with a birthday letter and some of his trademark items on this date. When a birthday comes around in the game, each character writes the player a meaningful birthday letter and drops off a bunch of gifts for the player to use in-game, typically some ascension materials and food items. It’s a fun way to celebrate a year that’s passed by for all your favorite characters.

For Tartaglia’s birthday, you’ll receive 5 Sausage, 5 Cheese, and 1 “A Prize Catch.” Sausage and Cheese are both ingredients used to craft different food items in the game, while “A Prize Catch” is Tartaglia’s signature food item. “A Prize Catch” increases all party members’ DEF by 282 for 300 seconds. This only applies to your character in co-op mode.

Hey, comrade! Where have you been adventuring recently? If you’re available, how about we meet up sometime?

I made a trip back home and told my family about you.

Before I left, they made it a point to stuff a lot of homemade food into my bag and specifically asked me to bring it to you.

Of course, I still know my manners, so I’ve also prepared my own share of local specialties for you. Don’t worry, it’s alright if you’re not used to the flavor. I’d be glad if you will try a taste.

Anyway, let’s set all those quarrels and fights aside today and focus on things that make us happy — family, food, weather, or even previous combat experiences… Rest assured, together, we’ll never run out of topics.