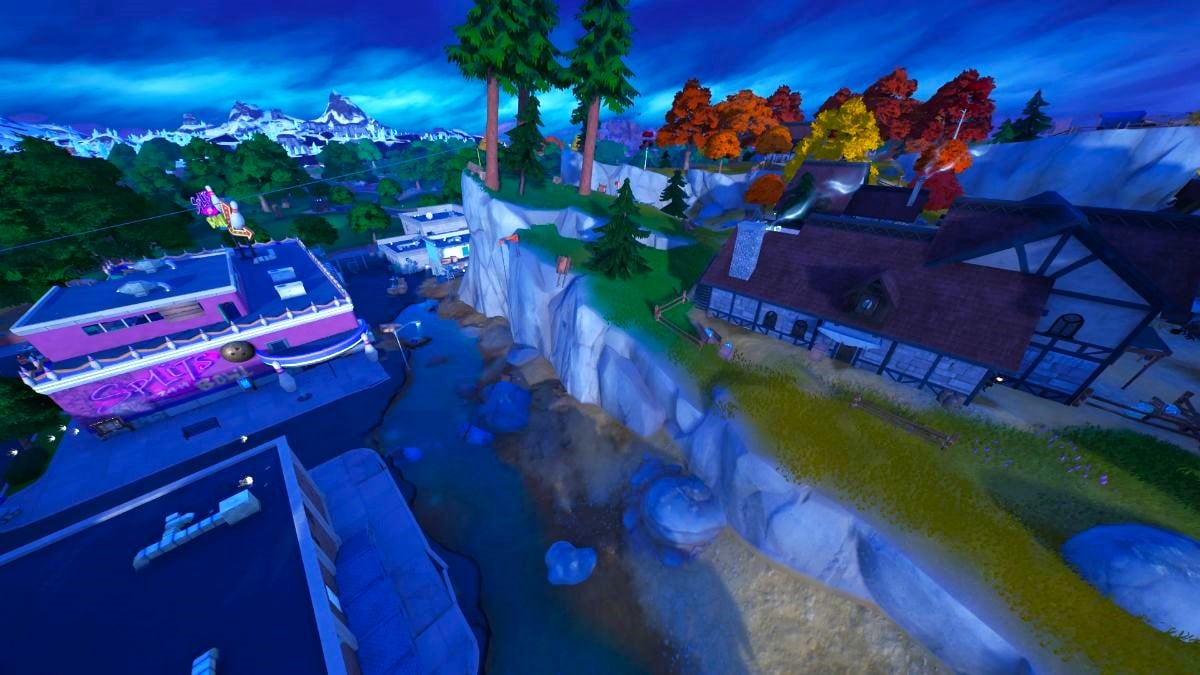 Faulty Splits is a town on the Fortnite Chapter 4 Season 1 island map. It’s an odd hybrid between a modern day town and a medieval European town, so it has both a blacksmith forge and a bowling alley. It’s one of the golden POI locations in Fortnite Chapter 4 Season 1, which means it has more than its fair share of loot, but also that it’s bound to be popular with other players. So, if you want more than your fair share of that Faulty Splits loot, then you’re almost certainly going to have to fight for it, especially if you land at Faulty Splits, or else go there early in a match.

What is the location of Faulty Splits in Fortnite Chapter 4 Season 1?

Faulty Splits is in the southeast part of the Fortnite Chapter 4 Season 1 island map, between Slappy Shores and Friendly Fields. It’s about the same distance from the edge of the map as from its center, which means that if you land at Faulty Splits, you probably won’t have too far to run to get to safety from the storm, but you won’t necessarily be at the absolute heart of the action either.

The northwest side of Faulty Splits is a modern town, while the southeast side of town is medieval. The medieval part of the town is also at higher elevation, so if you’re in the modern part of town, watch out for snipers hiding in the medieval part.

Faulty Splits has vending machines, a Capture Point, a Reboot Van, a Bounty Board, and lots of buildings, all of which are good sources of loot. It’s also the home of Scrapknight Jules, who you can find in the blacksmith’s workshop in the medieval part of town. You can’t hire her, but she will sell you items, and you can use the Upgrade Bench in her workshop.