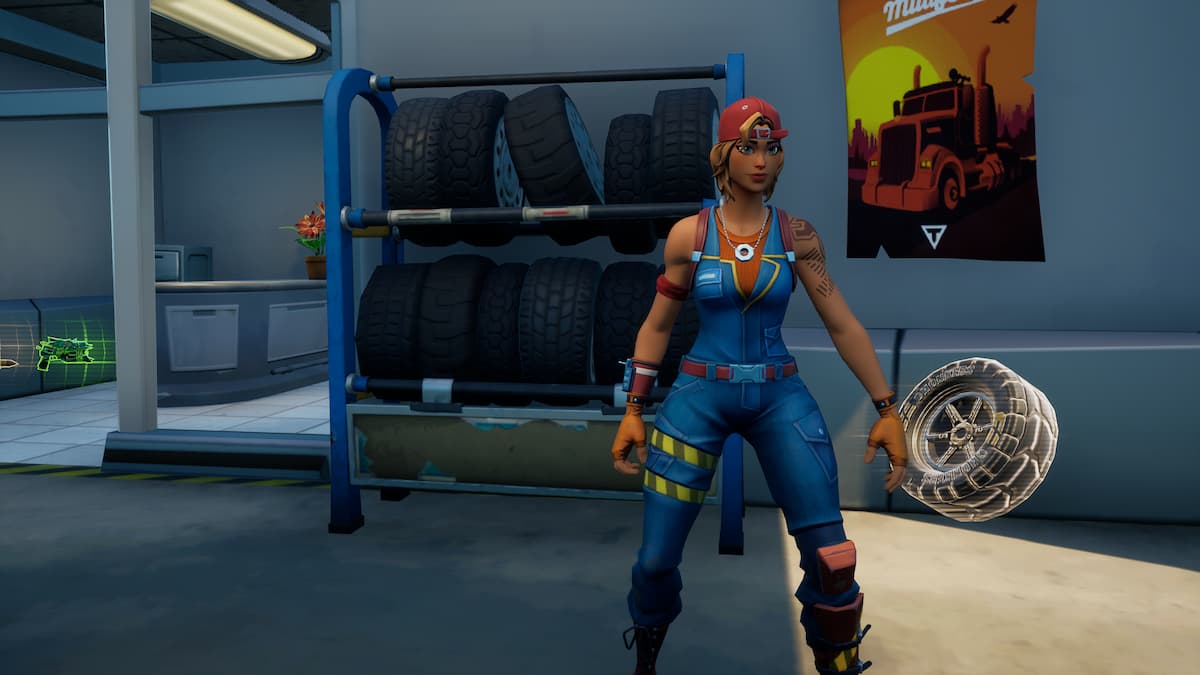 Fortnite Chapter 2 Season 6 changed up the map in many ways. One of those changes is the NPCs that can be found all over the place. There are 46 of them in total, and there is an all-new line-up, and new locations this season.

A recent update has finally added NPC 17 to the game, Sparkplug. She can be found at the newly expanded garage in Catty Corner, in the southeast corner of the map.

Sparkplug was originally lost for a few weeks. Why she wouldn’t show up was something of a mystery, but now it seems that Sparkplug is directly tied into the addition of mods for cars. Players can now find Off Road Tires and put them on their vehicles, giving them a much easier time traveling through the game’s wooded and grassy areas.

Sparkplug will sell you some Mechanical Parts, give you a quest, and can also upgrade weapons, so she is pretty useful.

Sparkplug may spawn in other locations, but so far we have found her at this one every time we have passed it, so it seems like a great place to go looking for her. We will keep this guide updated with any new NPC 17 spawn locations that we find while playing the game.