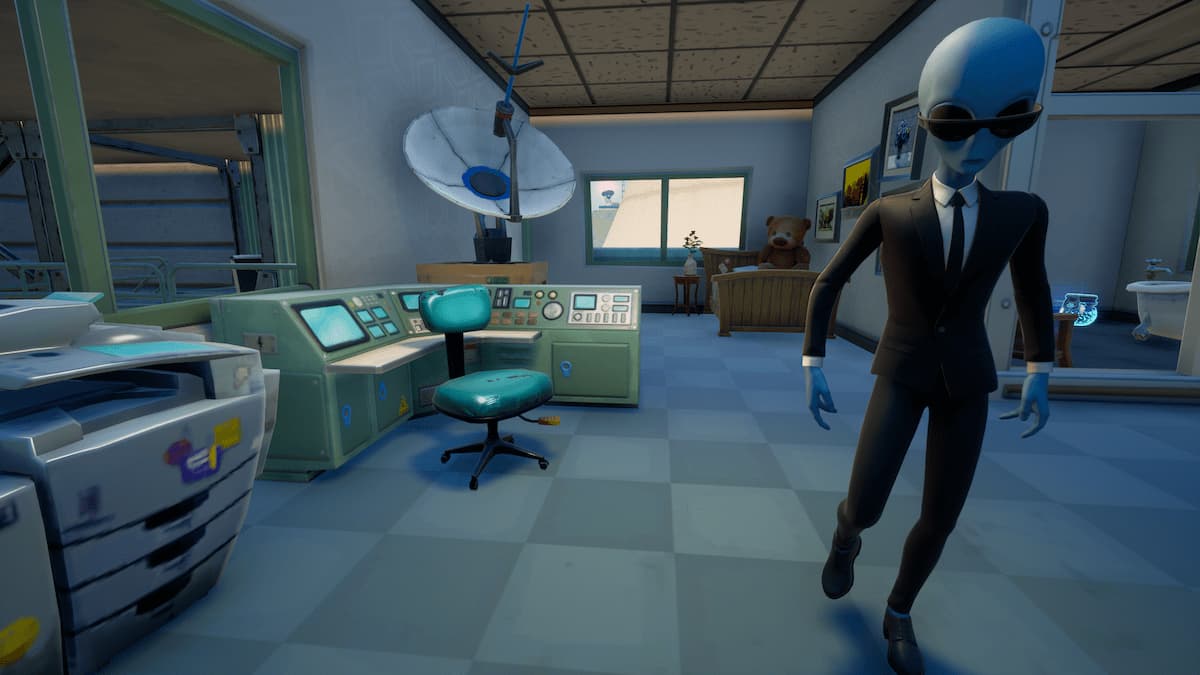 A new season of Fortnite means lots of new NPCs to track down. While many of them can be found all over the map, number 2 was missing for some time, but has now arrived. NPC #2, also know as Human Bill, can be found at Steamy Stacks.

Human Bill arrived in the game in Week 3, and don’t worry, he is clearly a human. Some people have said that Human Bill is not a human, but this seems ludicrous given his name.

Last season, Sparkplug went missing for roughly half the season, eventually showing up in connection with the new vehicle modding mechanic that was introduced. Human Bill doesn’t really have a secret mechanic attached to his arrival, other than his obvious humanity.

After finding Human Bill, you can speak with him and ask him what his favorite food his. His answer will cause some confusion, when he will prove his humanity by turning into an alien and attempting to kill you.

Sneaky old Human Bill was alien all this time, and once you eliminate him, you can get your hands on a nice alien weapon that will help you during your match. It would appear that the aliens are trying to infiltrate the island to learn more, and it’s somewhat worrying that they are interested in the Kevin-powered nuclear plant.