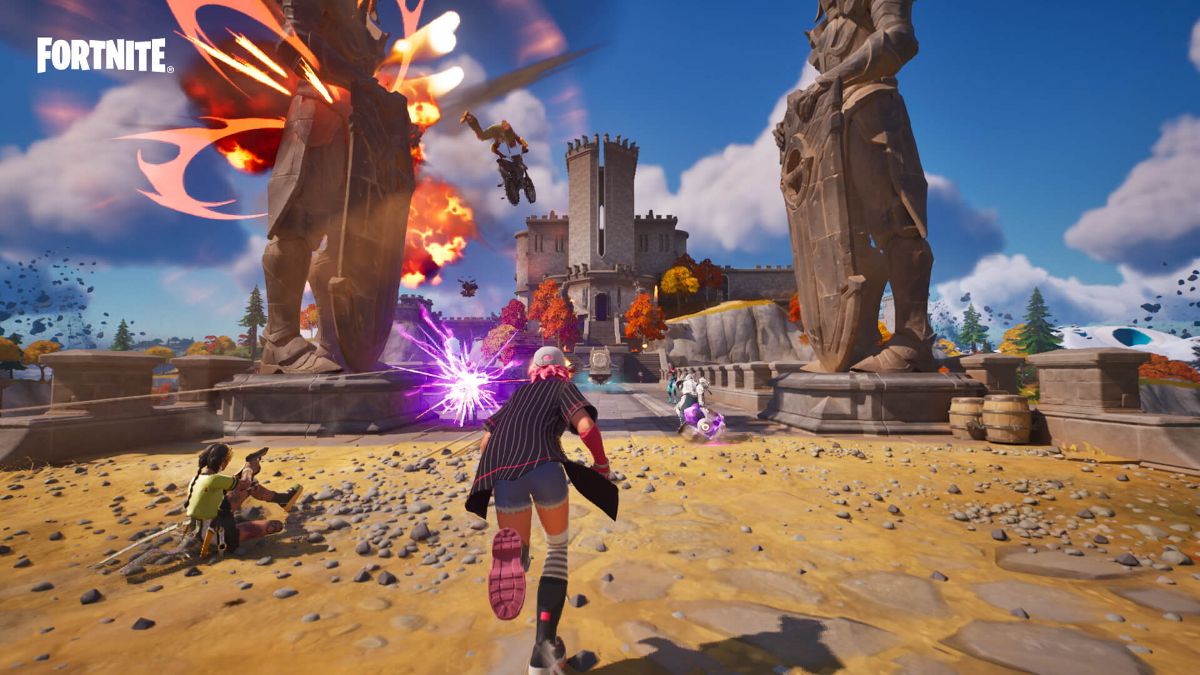 Related: All new and unvaulted weapons in Fortnite Chapter 4 Season 1

Being a castle on an island, The Citadel is a great place to hole up and take up defensive positions. There’s plenty of good loot inside, and there are lots of places to take cover. The fact that The Citadel is a really tall building also makes it a great landing spot if you want to touch down early by aiming for its highest roofs.

What is the location of The Citadel in Fortnite Chapter 4 Season 1?

The Citadel is on the northwest side of the Fortnite Chapter 4 Season 1 island map, between Breakwater Bay and Anvil Square. It’s in an approximately equivalent location to where the Rave Cave was during Chapter 3. The Citadel is an ideal landing spot although, like all good landing spots, the downside is that it’ll be crawling with enemy players at the start of most matches.

As well as the main castle in the middle of the island, The Citadel also includes several mini keeps scattered around its outer edges, all of which are great places to find loot. The roof of the main castle is also the stomping ground of The Ageless Champion boss, who will attack you with an Ex-Caliber Rifle, then drop a Shockwave Hammer if and when you defeat him. There’s also a Capture Point at The Citadel, as well as a Bounty Board and a handful of vending machines. You can expect The Citadel to become a major focal point of the ongoing Fortnite story as the saga unfolds during the coming weeks and months.