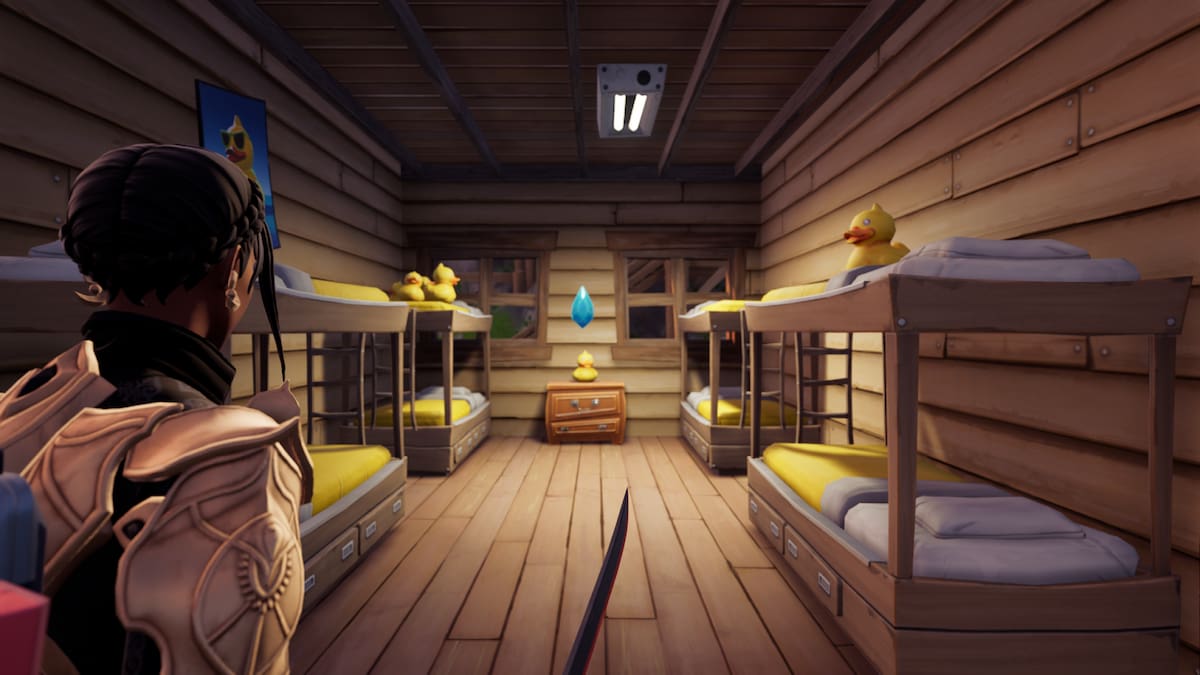 Unlike other Shanta Quests in Fortnite Chapter 3 Season 1, collecting gem fragments near the game’s most notable characters can be incredibly tricky — especially as many of the blue gem aren’t really that close to the NPCs. In addition, you’ll be finding yourself traversing almost every major area in the game, as you’ll need 10 gems to complete the challenge. However, this quest is certainly worth your time, considering a ton of XP will be rewarded and it aids in finishing the Character Collection menu.

If done in order, this should be your fifth Shanta Quest you’ll be tasked with — so won’t be earning one of Shanta’s gold-plated armor pieces this time around. No matter, there is 20,000 XP to be made here and nine characters you’ve probably haven’t met yet. Speaking of which, we advise you speak to each of the characters, as they will offer rare weapons and med-kits in exchange for small amounts of gold. Here’s where to find the fragments and the NPCs that accompany them.

Related: When will dinosaurs be added to Fortnite Chapter 3 Season 1?