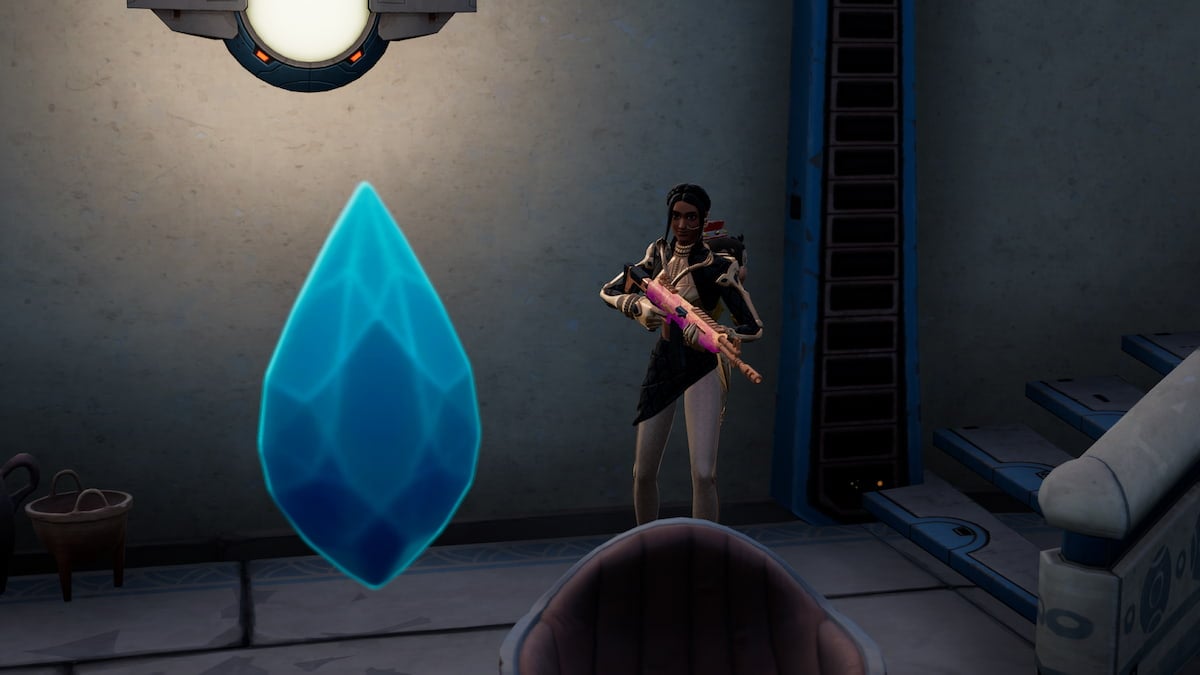 One of the first set of objectives one will run into in Fortnite’s Chapter 3 Season 1 is the Shanta Quests, where a majority of the challenges will ask players to nab the sacred gem fragments from particular areas on the map. The first of which will have users search for fragments from the Seven Vaults — which are not the easiest to come across. The reason is, these areas are all seemingly away from major locations and are tucked away in between bodies of water and hills.

Despite there technically being seven vaults for players to find gems, this challenge will only require six fragments for it to be completed. However, as some of these areas are outside potentially dangerous areas, we have listed all seven gem fragment locations — as indicated by the red stars below — if it becomes difficult to reach one of the needed six fragments.

It should be noted that each fragment is home to an outpost that bears a circular roof and has multiple NPC soldiers outside of it. In addition, when inside the buildings, the gems will always be kept on the bottom floor.

Related: How to hunt Wildlife in Fortnite Chapter 3 Season 1