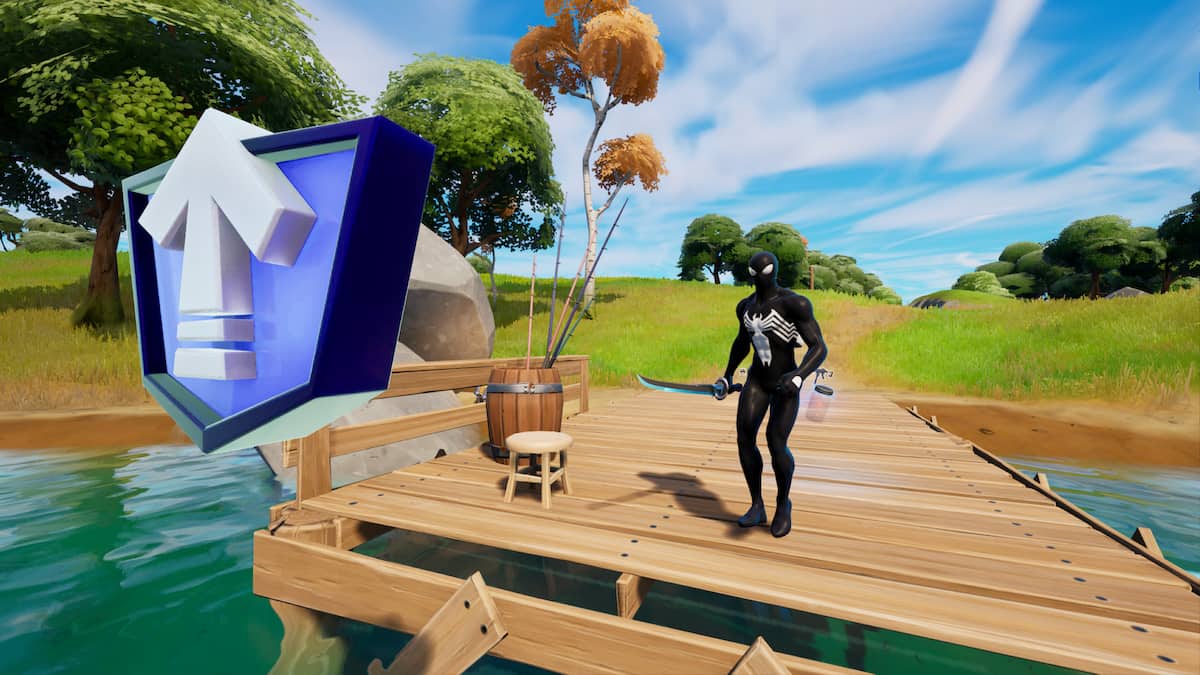 Fortnite Chapter 3 Season 2’s Battle Pass certainly has some pretty fantastic cosmetics inside, such as Doctor Strange and several bonus rewards, and there’s no better way to progress in the pass than finding Level Up Tokens. With Week 3 of the Omega Knight Quest Pack now live, there are now seven new Level Up Tokens to run after, including one east of Tilted Towers. Of course, with the addition of The Collider POI, some players may have Tilted Towers and its surroundings blacked out on the map. So, here’s how you can easily navigate your way to this pesky token.

Although “east of Tilted Towers” could mean just about anywhere, you can start this journey by looking for the long road that separates Sanctuary and Titled Towers. Once there, you should spot a small pond alongside the road’s intersection. The Token can be found floating above the center of the pond, so simply jump off its wooden docks to reach it. The goodies don’t stop there, though. We also recommend visiting the small blue home to the east of this pond as it is typically known to hold three or four valuable chests each game.

During Week 3, players have the chance to obtain the golden styles for both the Knight’s Torment Back Bling and Harvesting Tool by collecting all 21 present tokens on the map. Though, Week 4 undoubtedly has the greatest gift of all in the form of Omega Knight’s golden style. Week 4 is currently slated to go live on May 25 and will task players to find the last seven tokens in order to obtain the skin. Afterwards, the next season of Fortnite will hold new challenges.

Related: Where to collect the Level Up Token northeast of Sanctuary in Fortnite Chapter 3 Season 2