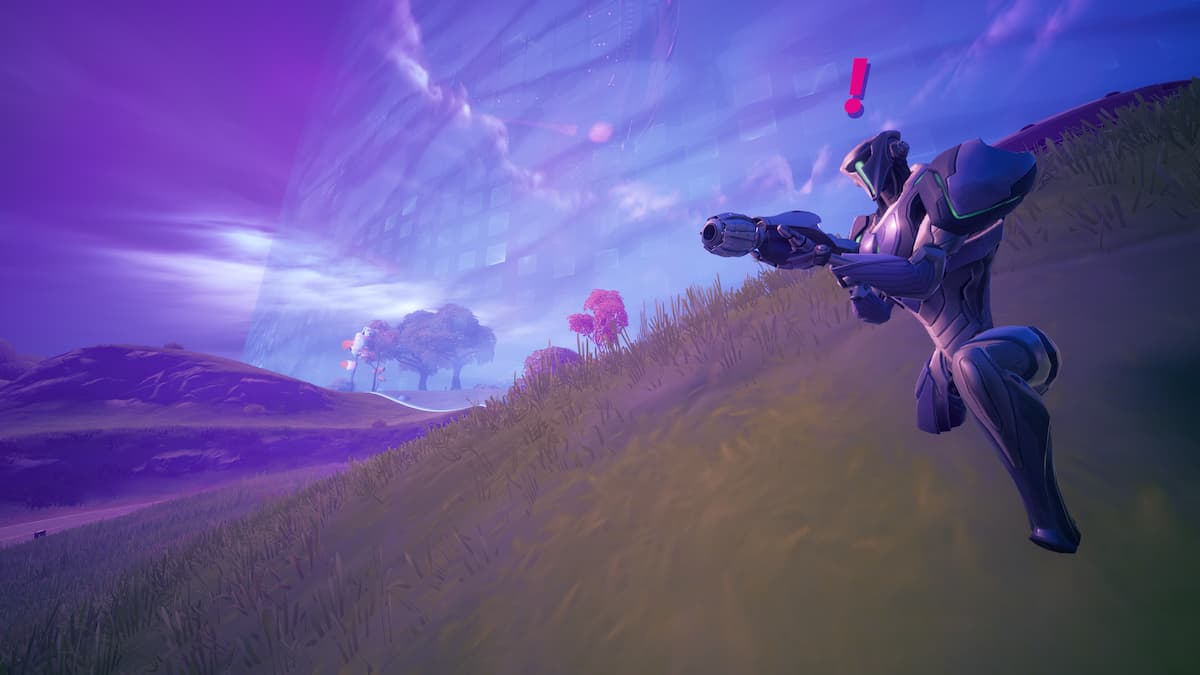 One of the challenges in Fortnite Chapter 2 Season 7 Week 5 is to eliminate Trespassers. For anyone wondering what Trespassers are, and where to find them, this guide will set you on the right path.

Trespassers are actually the aliens who pilot the UFOs that can be found flying around the island. At the start of each round in Season 7, you will notice that some of the named locations have purple names instead of white ones. This indicates that the UFOs are on patrol there.

Go to one of these locations and loot up, making sure you have good weapons to shoot down the UFOs and then get to work on them. You will need to be careful as they will return fire. When one of the crashes, run to the crash site and take out the alien Trespasser that was inside. They will have good shields and will be armed with an alien weapon, so be careful.

You can find the rest of the weekly Epic and Legendary challenges for Fortnite Chapter 2 Season 7 Week 5 below: