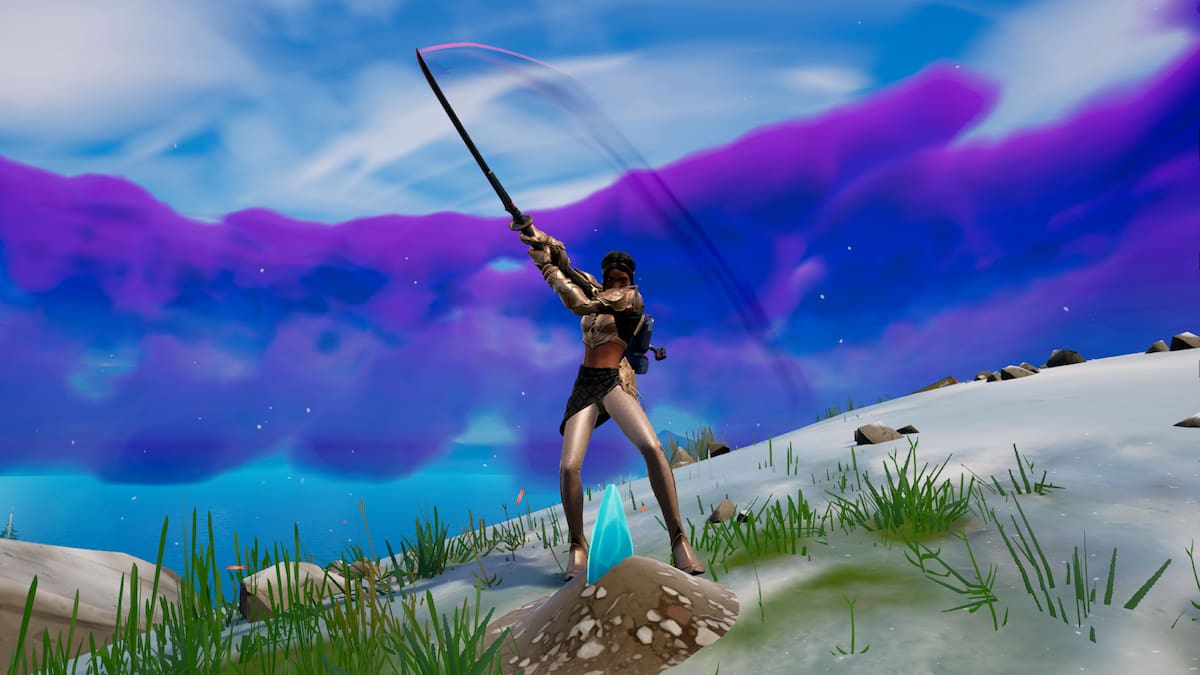 Now that you have a majority of Fortnite Chapter 3 Season 1’s Shanta Quests completed, discovering gem fragments will become noticeably more difficult as most will now be buried in this next challenge. As you’ll be excavating from small dirt mounds, most of the locations you’ll be heading to are deep into each of game’s various mountains.

Although the mounds you’ll be searching for are ridiculously tiny, the blue light that is discharged from these gem fragments can be spotted from above ground. Once you then notice the mound, each gem can be dug up simply by using your pickaxe (as shown above). Despite this challenge likely taking you more time to finish than previous ones, it will net you an extra 20,000 XP and possibly Shanta’s golden boots — if they haven’t been acquired yet. You can find all eight mound locations marked and detailed below.

Related: How to get the Mythic Spider-Man Web Shooters in Fortnite Chapter 3 Season 1