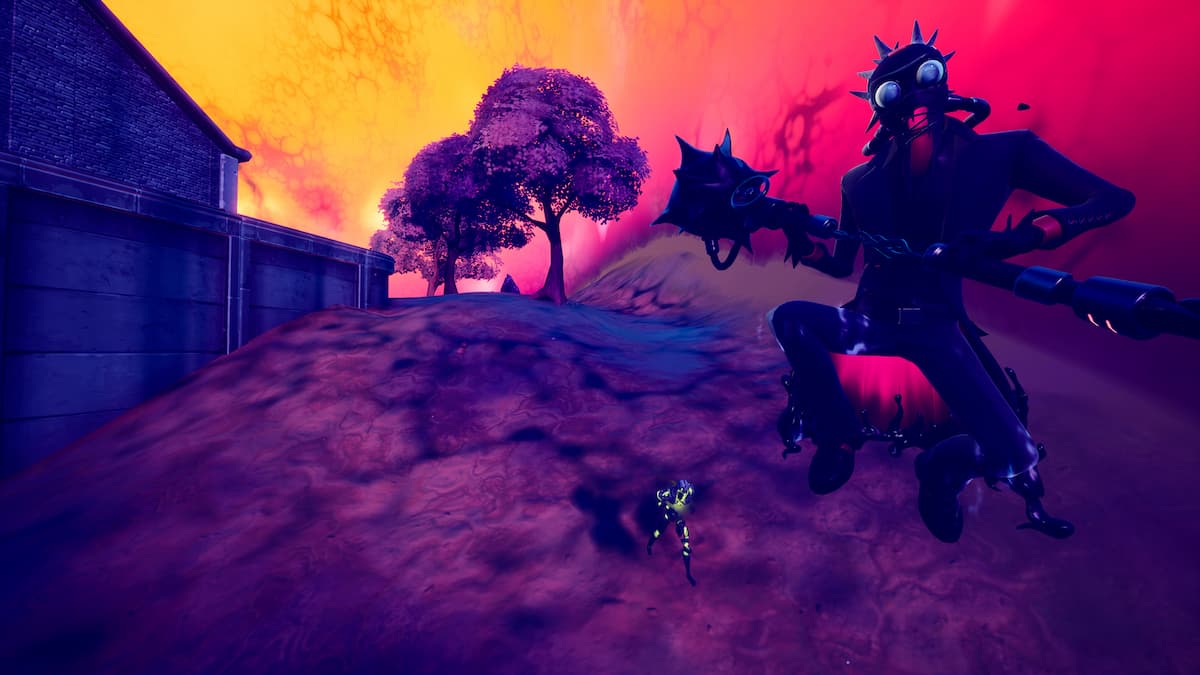 Cube Monsters in Fortnite are new additions in Chapter 2 Season 8. These strange creatures have begun to appear on the map only after the mysterious cubes rained down from the destroyed mothership. They are certainly disruptive, showing up in random places to give players a terribly tough time. The Cube Monsters will appear in the Sideways, which can be found in two different areas.

There will be one randomly generate Sideways vortex each game that appears on top of a named location. You can see it on the map, represented by a large purple and orange circle, shown in the image below. By heading there from the Battle Bus, players can find all manner of different Cube Monsters.

Some of them will throw projectiles at you, while others will explode if they get too close, leaving a cloud of poison that will damage you over time. You will need to be careful need them, as if you get careless they can and will kill you.

The only problem here is that the Sideways bubble can be a real hot-drop, attracting a lot of players early in the game and making it a real crapshoot when it comes to actually getting out alive.

The second option is to make your way to a Sideways Encounter. These are marked on the map by small purple and orange swirls. When you get close to them, a small Sideways bubble will appear that is filled with waves of Cube Monster enemies. The entire point of these encounters is to kill these enemies, so it’s a perfect place to finish up any active challenges that require you to eliminate the Cube Monsters.