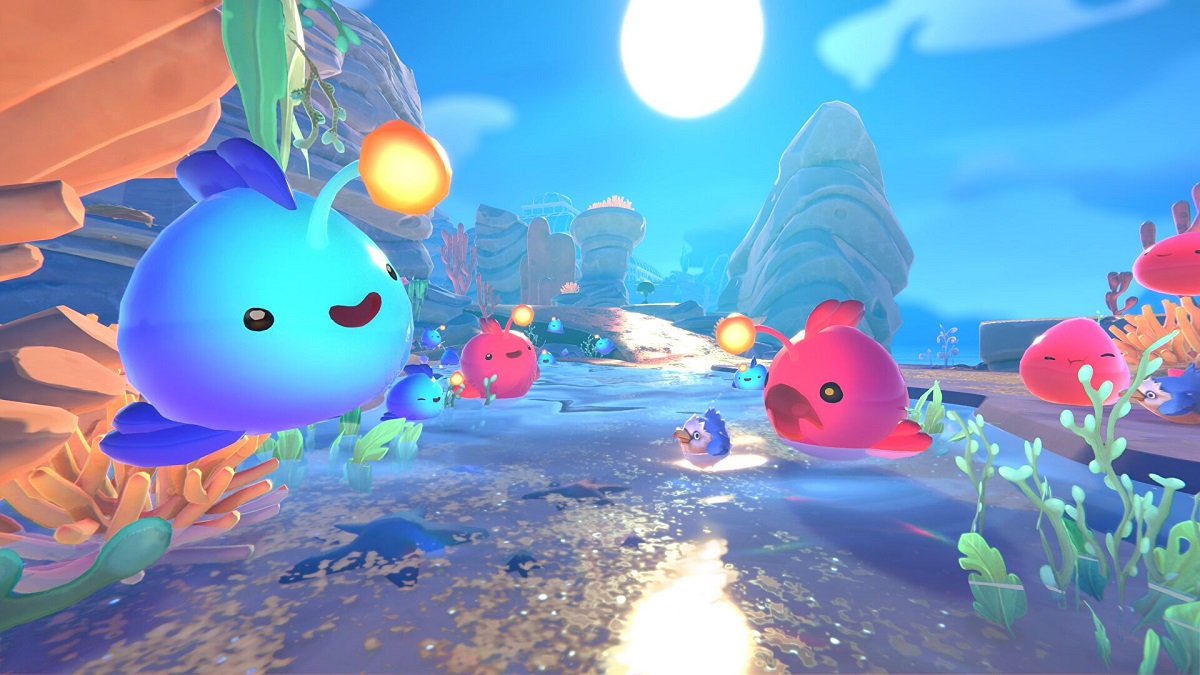 Honey Slimes are one of the unique slime types that you can tend to on your ranch in Slime Rancher 2. A slime that is ideal for the rather diverse mid-game, Honey Slimes are the only form of slime to produce Honey Plorts, which each sell for around 45 Newbucks at the Plort Market on average. Despite their value as productive livestock, these Honey Slimes live in a particularly secluded area and are quite hard to find.

As they’re native to the remote island of Starlight Strand, reaching the Honey Slimes requires quite a bit of progress, befitting of their mid-game value. Getting to Starlight Strand requires reaching and activating the teleporter to it at the southern end of Rainbow Fields. Before you can even set foot on the island, however, you’ll need to defeat a Cotton Gordo Slime that’s guarding the teleporter, which is most easily done by feeding it 10 fruits and vegetables found in the area.

Once you’ve arrived on Starlight Strand, tracking down these Honey Slimes can be somewhat of a wild (slime) goose chase. Honey Slimes are golden brown in color and bear a hexagonal honeycomb pattern on their foreheads. They’re considerably rarer than other slimes on the island and will take some effort to encounter as you explore every corner of it.

Related: How to get Wild Honey in Slime Rancher 2

If the Honey Slimes are proving too difficult to corral and vacuum, you could always offer them some Mint Mango as bait. The favorite food of this slime type, Mint Mango, can later be fed to the Honey Slimes on your ranch, doubling their plort production output. Just be sure to keep them away from slimes that resemble felines, like Tabby Slimes and Hunter Slimes, as these predators will gobble up your rare Honey Slimes whole.