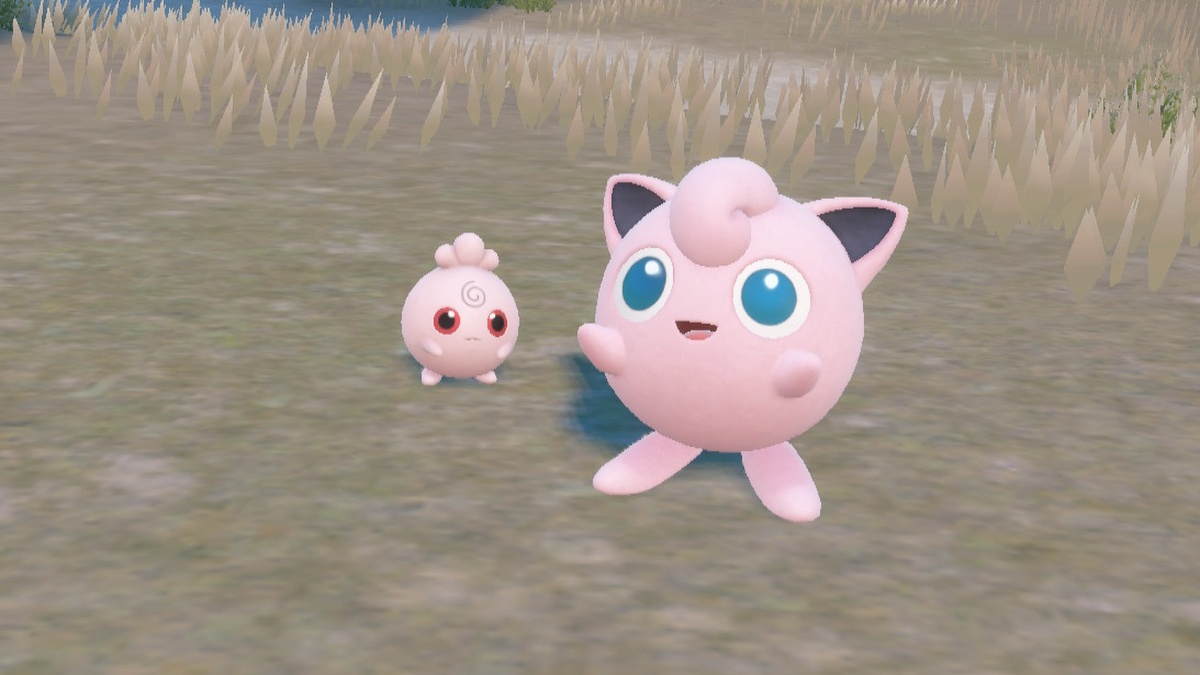 Jigglypuff has long been an iconic monster in the Pokémon series, and luckily, fans can get a hold of the Fairy Pokémon and Igglybuff in Scarlet and Violet. The two are extremely popular for using moves like Sing and Disable, allowing their trainers to stop opponents from attacking for possibly numerous turns on end. Better yet, both of these creatures can be discovered early into the games’. Here is how to catch yourself a brand new Igglybuff and Jigglypuff in Pokémon Scarlet and Violet.

How to catch Igglybuff in Pokémon Scarlet and Violet

As the pre-evolution of Jigglypuff, Igglybuff is arguably easier to run into in both games. The Normal-type Pokémon primarily spawns throughout South Province (Area Two) and around Los Platos, both located in the southern part of Paldea. From our experience, Igglybuff most commonly spawns behind the Olive-Rolling Field on the west side of Cortondo. It is also known to travel in herds, so expect to have plenty of chances to catch Igglybuff.

Related: Where to find Bonsly and Sudowoodo in Pokémon Scarlet and Violet

How to catch Jigglypuff in Pokémon Scarlet and Violet

Although you can evolve Igglybuff by increasing its friendship, Jigglypuff can also be located in the western parts of South Province (Area Two). However, it certainly is not as plentiful in the wild as Igglybuff. Alternatively, those having trouble finding the Pokémon may run into it just north of Medali in West Province (Area Three).

Igglybuff and Jigglypuff take up numbers 59 and 60 in the Paldea Pokédex, but some may even be able to fill the following spot. That is because those able to catch Jigglypuff can evolve it into Wigglytuff, a Pokémon that is far more difficult to find in the wild. In the meantime, Jigglypuff and Igglybuff can make for excellent additions when facing some Gym Leaders and Elite Four members. As both are Normal and Fairy-types, their moves can be twice as effective against Poison and Steel Pokémon, though they are entirely immune to Ghost and Dragon-types.