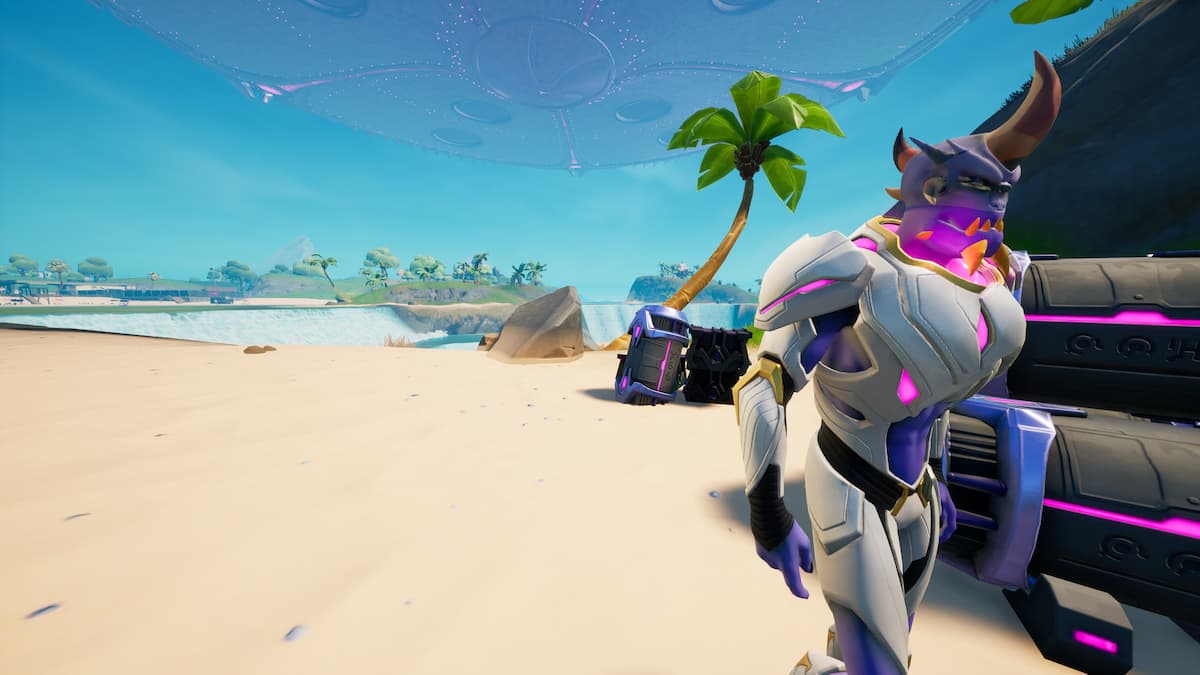 For Chapter 2 Season 7, the island in Fortnite is once again playing host to a range of NPCs. They can be found all over the map, and from time to time, new ones are added.

Kymera was added in Week 7, and can be found patrolling a fairly wide area around Coral Castle. Many players are taking it as proof that the aliens plan to destroy Coral Castle, and Kymera is their advanced scout. We feel that this might just be wishful thinking, however.

Kymera can actually be hired for 95 Gold Bars, which seems to imply that he is somewhat sympathetic toward the people on the island, and as such he might be trying to get away from the rest of the aliens in a nice quiet part of the map. Coral Castle certainly counts, as very few players seem to go there unless forced to so by challenges.

You can also Duel Kymera if you wish, which will net you some Rare weapons, or you can take some quests from him that will reward you with 80 Gold Bars. Those quests will need to be completed in the match that you get them, however.

Keep in mind, you don’t need to Duel Kymera to add him to your collection, you only need to interact with him once and it should show up in your Collections tab.