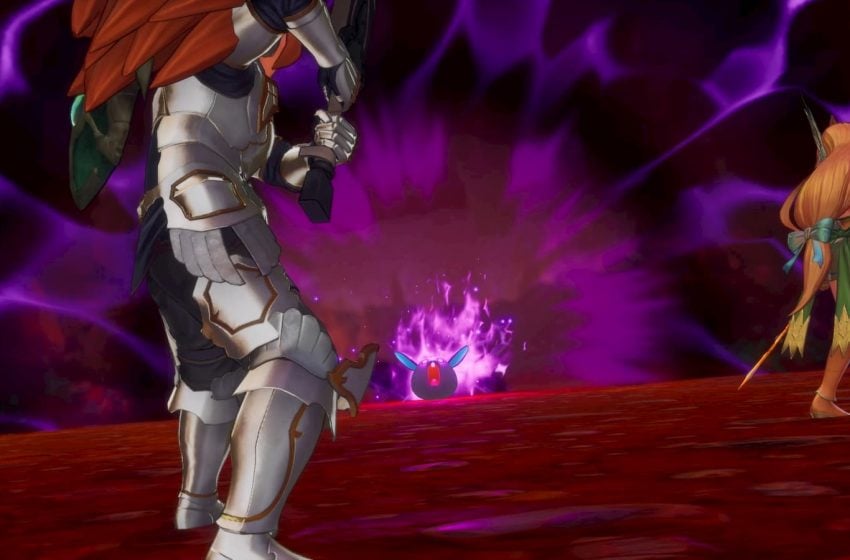 One of the most challenging bosses in Trials of Mana is also the most unassuming. You’ll fight a variety of different Rabites throughout the game, but one, in particular, is much more than it appears. The Black Rabite may well be the most difficult enemy in Trials of Mana, with a wealth of dangerous spells at its disposal and a massive pool of hit points to whittle down. Before you take on this adorable but ferocious beast, you’ll first have to find it.

It’s not hard to find the Black Rabite once you know it’s there; the trick is just knowing where to look in the first place. First of all, the Black Rabite will only appear once you’ve finished Trials of Mana’s main story dungeons. You don’t need to defeat the final boss before taking it on, but you do need to be at the point of the game where fighting the final boss is an option. Once you’ve reached that point and the only story objective left is to head to the Sanctuary of Mana for the showdown, you can find the Black Rabite without any trouble.

To challenge the Black Rabite, you’ll need to return to the start of the game’s final dungeon. Where exactly that depends on who you chose as your main character because that choice also changes the final dungeons. If you picked Angela or Duran, you can reach the Black Rabite by flying straight to the Crystal Desert. If you went with Riesz or Hawkeye, you’ll need to go to the Dark Castle through the Night Cavern. With Charlotte or Kevin, head to the Mirage Palace through the Jungle of Visions. Once there, you’ll find a statue of a Black Rabite right near the entrance to the dungeon. Interact with it, and you’ll be teleported to the Black Rabite’s location, which also changes depending on your main character.

Related: How to change classes in Trials of Mana

At this location, you’ll find a gold mana statue, and it’s a good idea to save here. Near the save statue will be an arena where you can fight the Black Rabite. As you enter the arena, the game will ask you twice if you want to proceed, making it clear that you’re in for a challenge if you press on.

While you can fight the Black Rabite any type after finishing the final dungeon, you may want to wait until you’re more prepared. The Black Rabite fight will be available any time during Trials of Mana’s post-game, so you’re not going to miss out if you take your time. It’s highly recommended that you defeat the final boss and reach Class 4 before taking on the Black Rabite unless you’re looking for a tough fight.

If you brave the Black Rabite’s deadly attacks, high-level summons, and powerful debuffs and come out victorious, you will be rewarded for your efforts. Defeating the Black Rabite grants you the Obsidian Power chain ability, an incredibly powerful skill that reduces the cost of moves to zero MP for your entire party. Maybe, more importantly, you’ll claim bragging rights for challenging Trials of Mana’s deadliest fluff ball and living to tell the tale.