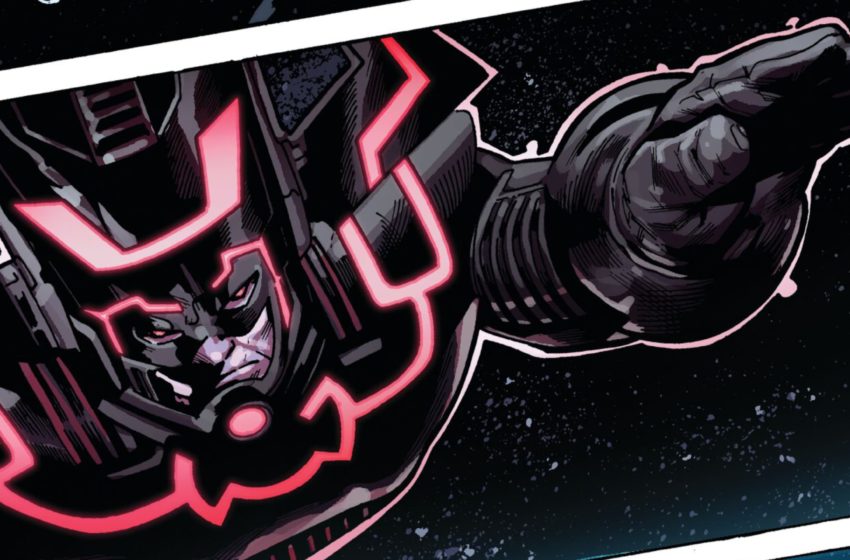 So the cat is all the way out of the bag, and Epic has officially started to announce information about Season 4 that we’ve seen from previously leaked images. The Herald comic book has also finally appeared in the game and can be found on the Battle Pass screen, sitting on a barrel near the right side.

Season 4 seems to be tying into the comic Marvel universe, not the cinematic one, so things will be a little different from what you expected. If you read the comics, you will be aware of what is happening, but if you don’t, you can read on for some heavy-duty spoilers if you want.

Sticking to the comic book in the game, it seems that Galactus has discovered the Fortnite universe, and has every intention of eating it. Thor, worried that he will not have time to get everyone to safety, jets off to give us all a warning. Galactus is coming, and he is feeling very snacky.

Heavy Spoilers Ahead – who is the Herald?

Traditionally, the Herald in Marvel comics books has been someone who paves the way for Galactus, finding planets for him to eat. Yup, Galactus likes to chow down on entire planets, drawing the energy into himself and maintaining his god-like powers and strength. Probably the most famous and well known of all the Heralds, as there have been a few of them, is the Silver Surfer.

In the Thor series, written by Donny Cates and Nic Klein, Thor ends up becoming the Herald for Galactus. This nets Thor quite the upgrade, and the Odinson becomes even more powerful than he was as the God of Thunder. He did this because a new threat appeared in the universe that was even greater than Galactus, The Black Winter. Thor also hopes to evacuate everyone from the planets that Galactus once to eat using the Bifrost, saving billions of lives.

Without going into too much detail, in the recently released Thor #6, Thor ends up killing Galactus upon discovering that the powerful being is actually a servant of the Black Winter. Thor had effectively been playing a long con, slowly stealing away Galactus’ power and then using it to destroy the eater of worlds.