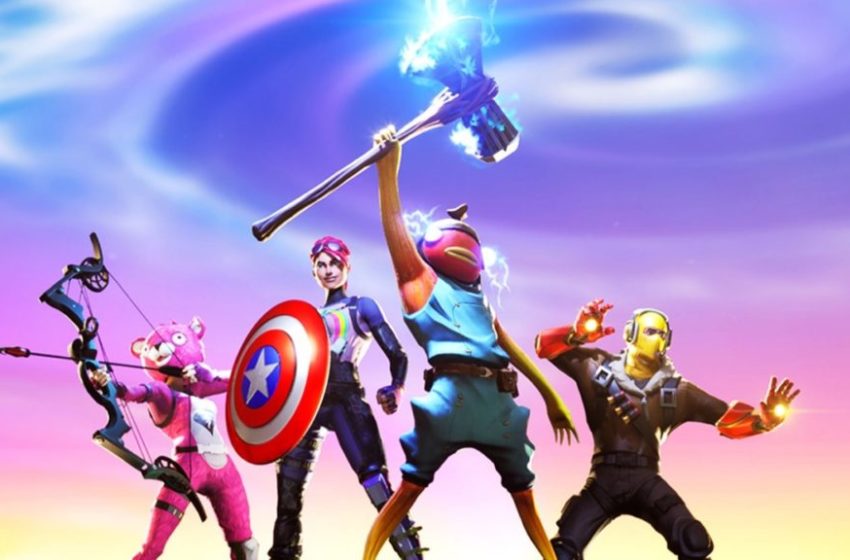 The Nintendo eShop has just added even more strength to the rumor that Marvel and Fortnite are teaming up for a season-long collaborative effort for the smash-hit battle royale’s next season. The rumor first began to pick up speed after dataminer Hypex tweeted that a source had told them the collaboration might be happening for Chapter 2 Season 4.

Earlier today, an image appeared on the Korean Nintendo eShop that showed the Fortnite logo overlaid on Thor’s eyes, with a shape in the background made up from a shot of the night sky that could, if we squint, be reminiscent of the massive head of Marvel bad guy Galactus. While it was swiftly removed from the store, Fortnite leaker FortTory managed to grab the image.

The new season is due to begin on August 27, and the rumors that it will have a full Marvel theme and a Marvel-themed Battle Pass keep picking up more steam with each passing day. Precisely what the extent of the collaboration could remain to be seen, and it should be kept in mind that these are just rumors, with zero official communication from Epic about any of them.

Many players also seem to be trying to decide if collaboration on such a level is a good idea. Some are pointing out the potential for a Battle Pass filled with Marvel-related skins, while others are already mourning the loss of any development of Fortnite’s storyline and lore.

In the Gamepur offices, we are waiting to see how it all unfolds. If anyone were going to pull off a collaboration like this, it would be Epic. The company has an established history of working with Marvel on previous events and in-game content. It is perhaps just a little unfortunate that something of this scope is going to happen right as Apple and Google remove Fortnite from their stores, locking many players out of the fun.